Breaking barriers for young girls in the world of gymnastics 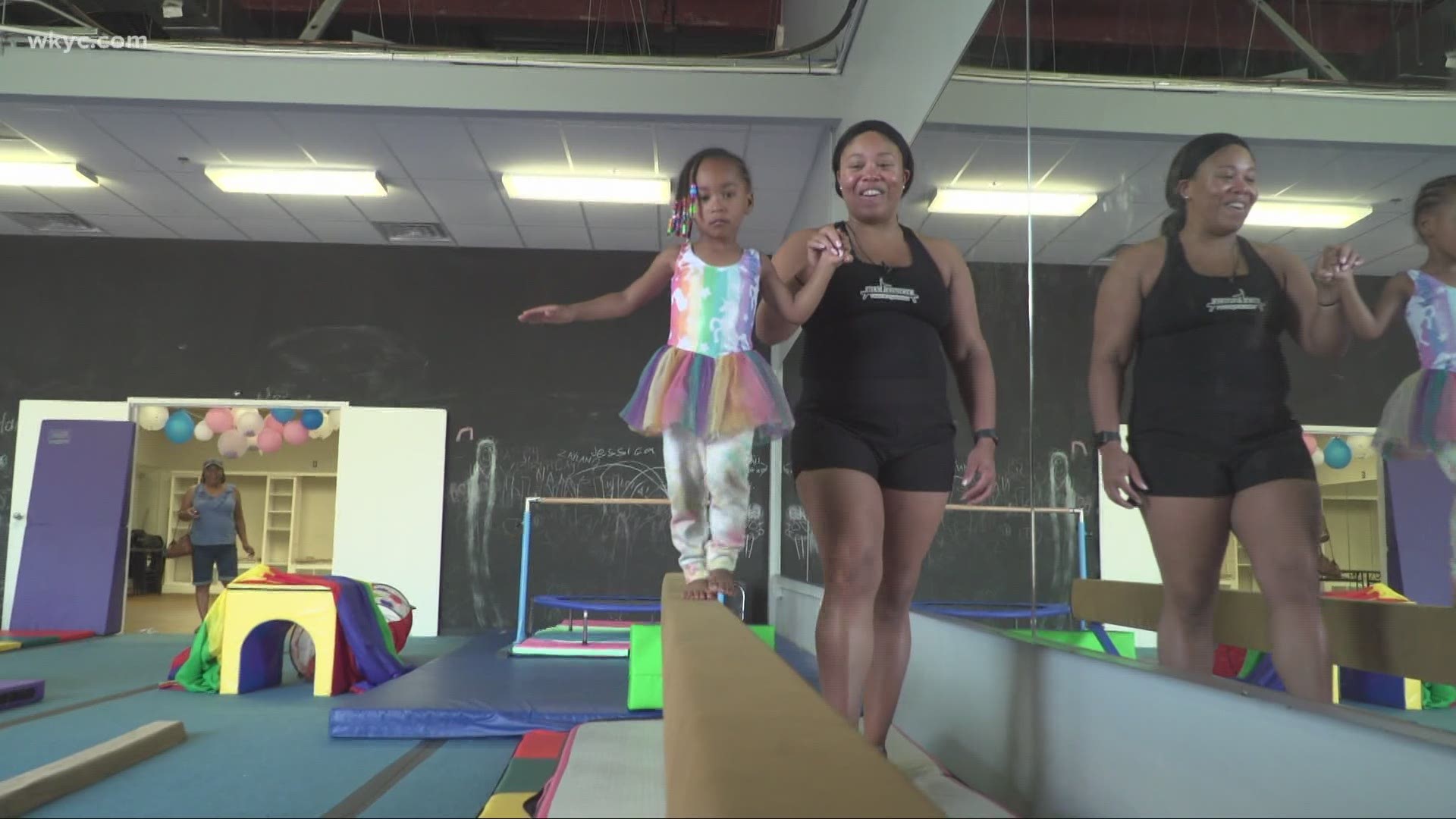 WARRENSVILLE HEIGHTS, Ohio — The entire world knows gymnast Simone Biles by name. She's the most decorated gymnast of all time, and recently racked up her seventh U.S. title.

But a local woman is blazing a path for Black little girls and boys, who aspire to be gymnasts just like Simone - in a sport that, for many of them, is just out of reach.

Kanisha Rounsaville grew up in Northeast Ohio. When she was little, she was a gymnast, and saw many of the hurdles kids face firsthand. Now, she runs her own gym, Balance Cheer & Gymnastics in Warrensville Heights.

"Whether you're black, brown or white, anything you aspire to do, you can achieve and I learned that just a small girl from Shaker Heights now has her own business," Rounsaville said.

She fell in love with the sport at the age of two and she knew where she was supposed to be.

"I remember the feeling I always felt going into the studio, which was pure joy. Joy, happiness and a peace of mind, knowing I was where I needed to be," Rounsaville said.

But she noticed, even as a child, that something was missing.

"Growing up in a predominately white sport, I felt that I was an outsider and did not get the attention that other students that didn't look like me were getting," she said. "The attention was lacking."

Representation and inclusion were two of the big things Rounsaville said she noticed were absent from the sport. Traditionally, financial and social hurdles have kept many gymnasts from training competitively in the sport.

Since 1984, only six black women have competed on the U.S. Olympic Gymnastics team. It's an issue that Simone Biles has addressed as well. She and her parents opened the World Champions Centre in Texas five years ago, to help expand training options for gymnasts, regardless of their backgrounds.

That mission is one that Rounsaville, who also works full-time as a social worker, shares.

"I saw the need there. And I always knew when I was younger, that I have to open a gymnastics gym," she said. "I have to give back to our communities just like how my mom enrolled me."

And in just a few short years, Rounsaville has landed a spot of her own that stuck, and really makes a difference in her community.

"I believe gymnastics is necessary, aside from the physical component -- flipping, turning, jumping -- there's that mental component, where they build self-esteem, confidence -- if they can do it here, they can do it outside the gym," Rounsaville said.

With Black excellence well-represented, not only by Simone, but also by first-time Olympian Jordan Chiles, the bar has officially been set for the U.S. Olympic Gymnastics Team.

EDITOR'S NOTE: The video in the player below is from another "A Turning Point" story.