Cuyahoga County has one of the worst infant mortality rates in the nation. 'First Year Cleveland' is hoping to change that. 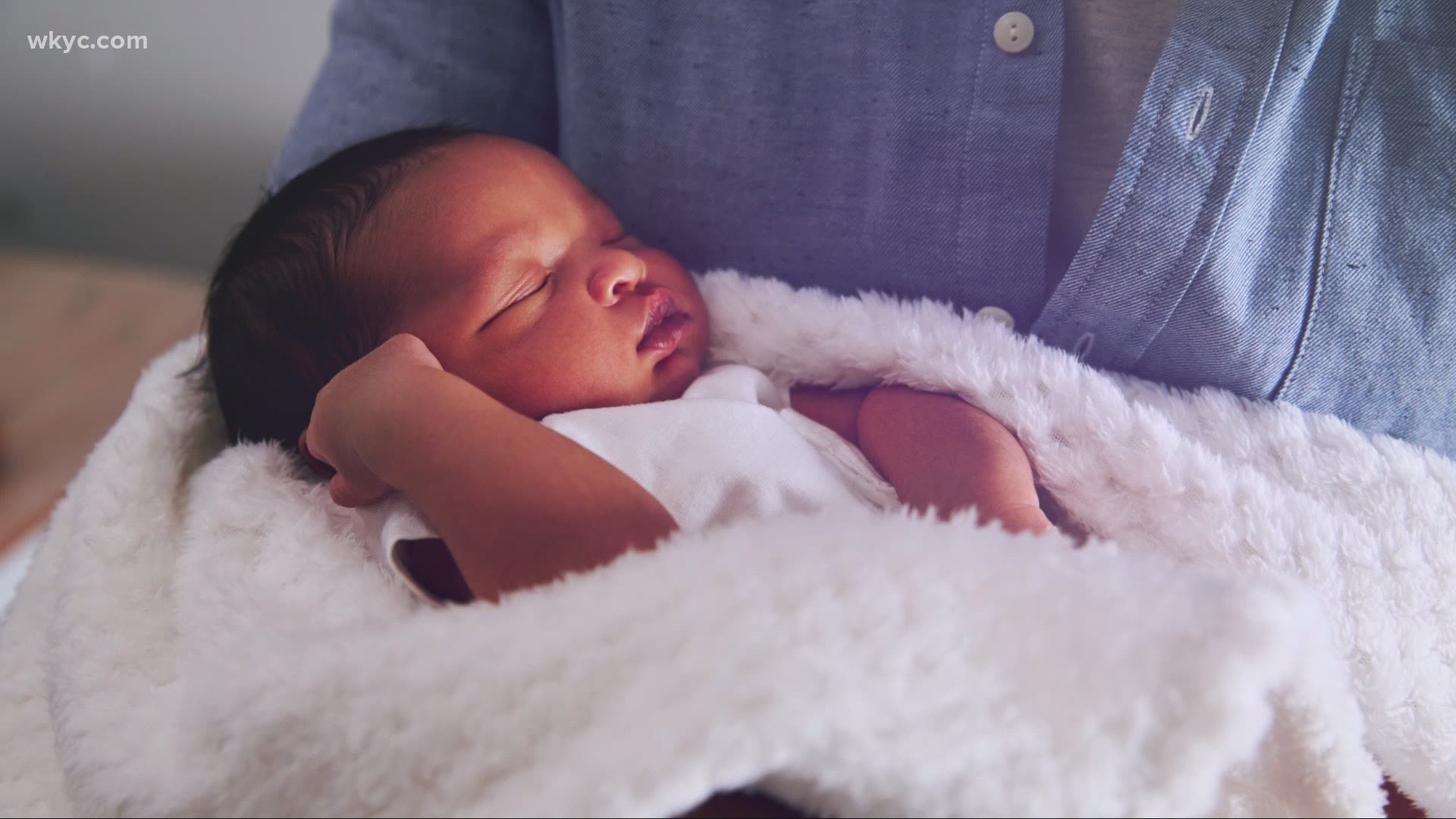 CLEVELAND — For more than five decades, Cuyahoga County has had one of the highest infant death rates in the country.

Of the 13,937 babies born in Cuyahoga County in 2019, 120 didn’t make it to their first birthday. The numbers are especially concerning for Black babies, as 73% of those 120 were African-American.

Before the pandemic began early this year, 3News went to MetroHealth Medical Center to talk about the issue, one that many leaders see as one of the biggest threats to the health of Cleveland.

"Our infant mortality rate in Cleveland is equivalent to many third world countries," Dr. Akram Boutros, President and CEO of The MetroHealth System, explained in February. "It is one of the worst in the nation, and especially for Black infant mortality, where the mortality risk is four to six times that of the white population inside the same region."

To help combat the dire statistics, state, county, and city health leaders and hospitals forged a coalition in 2015: First Year Cleveland. FYC's mission? To mobilize the community through partnerships and a unified strategy to reduce infant deaths and racial disparities.

Even as the pandemic rocked the world in 2020, that work continued: 3News caught up with Boutros by Zoom this month. He said the coronavirus has not impacted the infant mortality picture, and in fact, First Year Cleveland had found some significant insights this year.

"[We have learned] the biggest impediment is babies being born under the age of 22 weeks," he said. "That's not survivable, and [we learned] 90% of the babies that are born under 22 weeks are from Black mothers."

Prematurity – particularly micro preemies – are a huge problem here. Among 100 US cities with the highest number of preterm births, Cleveland's premature birth rate was the worst.

So how does race play a role? Boutros says these moms often don’t have prenatal care.

"They usually don't have a physician," he said. "They come to the emergency room and we lose track of them."

Frequently, these mothers are dealing with so-called "toxic stress" that keeps them from carrying a baby to term. It doesn’t matter where the stress comes from – the biological response can be dangerous.

Some FYC action teams like Metro’s Nurse Family Partnership work directly with first-time moms to help reduce stressors like food insecurity, supplies, and education. Work that was previously face-to-face is still happening remotely during the pandemic.

Though there is much more to be done, Boutros says FYC is seeing real results.

Boutros adds FYC is committed to wrap-around services and health systems working together to make sure no mom-to-be falls through the cracks.

"If we tackle that low gestational age under 22 weeks, we would solve almost 60% of the variation between white and Black infant mortality," he said. "You're gonna see that as a very big part of the work."