The battle over critical race theory in the Ohio legislature

There are two bills currently in the Ohio House that aim to ban the teaching of critical race theory, or CRT. 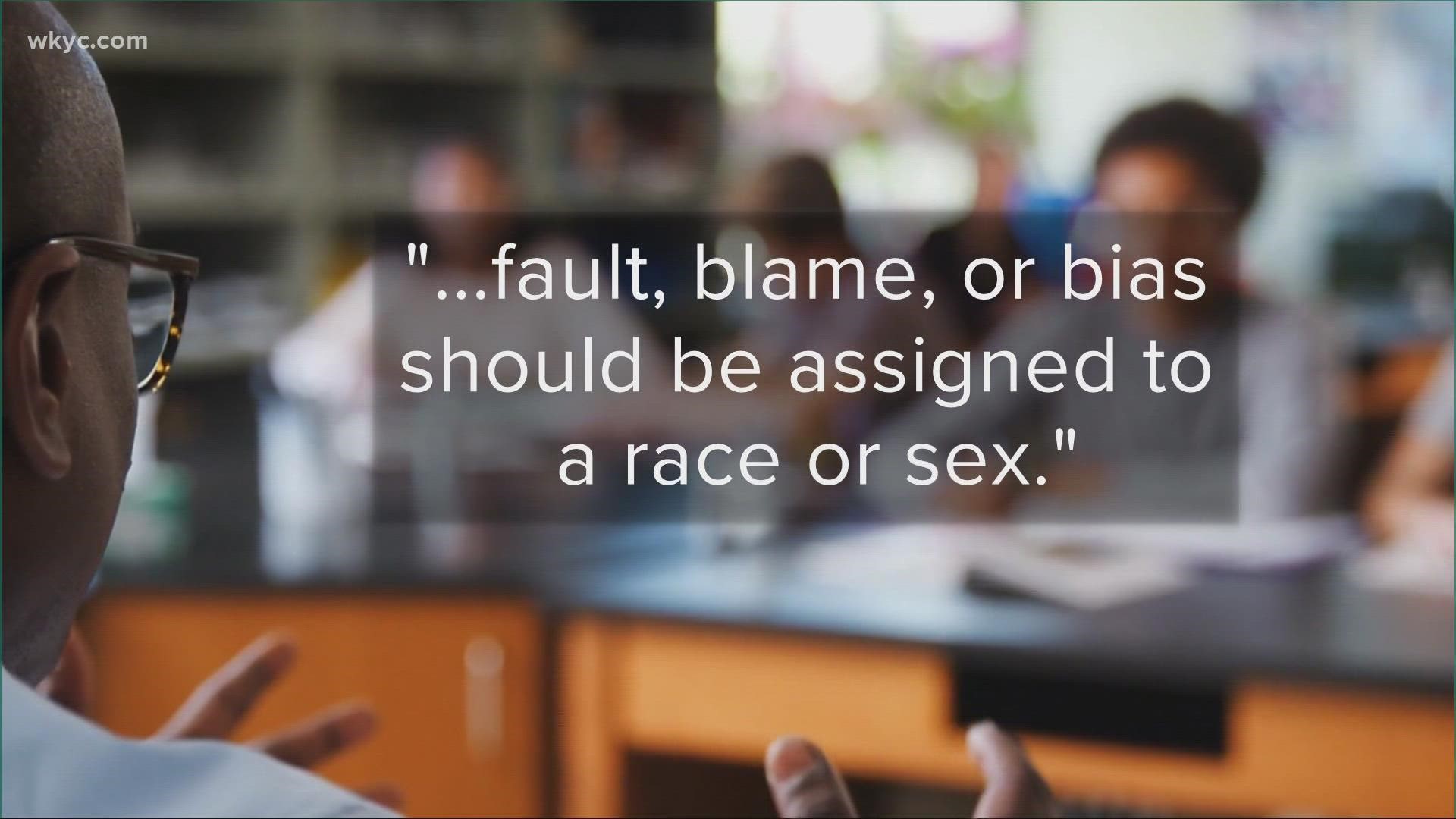 OHIO, USA — Two bills were introduced in Ohio this summer that seek to control how issues of race are taught in the classroom.

Ohio House Bill 322 says that teaching in the Buckeye State should not "fault, blame, or bias should be assigned to a race or sex" and "the advent of slavery... constituted the true founding of the United States."

That is an apparent reference to The New York Times Magazine's 1619 Project, which examines slavery's role during the founding of our country, beginning with the first arrival of enslaved Africans in 1619.

A second Ohio House bill, number 327, was introduced by Republican Diane Grendell from Geauga County. It goes beyond the classroom, outlawing "teaching, advocating or promoting divisive concepts" in local and state government.

"This bill does not prevent schools or government entities from teaching about racism, slavery or segregation, but it does prohibit schools from indoctrinating students by claiming one race is superior to the other," said Republican Adam Holmes (OH-97).

However, opponents have already zeroed in on the bills' broad language.

Akron Democrat Tavia Galonski (OH-35), questioned co-sponsors about how language in the legislation is defined, by asking them to, "please define 'promote.'"

"I don't think the legislation specifically defines promote, so it may be something we have to revisit with Representative Grendell," responded Rep. Sarah Fowler Arthur, a Republican from the 99th Ohio House District.

3News reached out multiple times for an interview with Rep. Grendell, but she ignored our request.

Both bills have ignited a fury in the state's largest teacher's unions, including the Ohio Federation of Teachers, which represents 20,000 members. The OFT held a Zoom panel last month called, "Honesty in Education," in which members criticized politicians for using the issue as a dog whistle to try to rally their base.

"We enter into dangerous territory when the government starts to tell us, that we can't talk about controversial or so-called divisive topics," said University of Cincinnati history professor John McNay.

Ohio is among at least 22 states that have passed or are considering laws that set limits on how teachers can frame American history. Both Ohio bills are currently awaiting more committee hearings.

You can watch the full episode of A Turning Poing: Critical race theory in the player below: