Why amputation should not be the first option 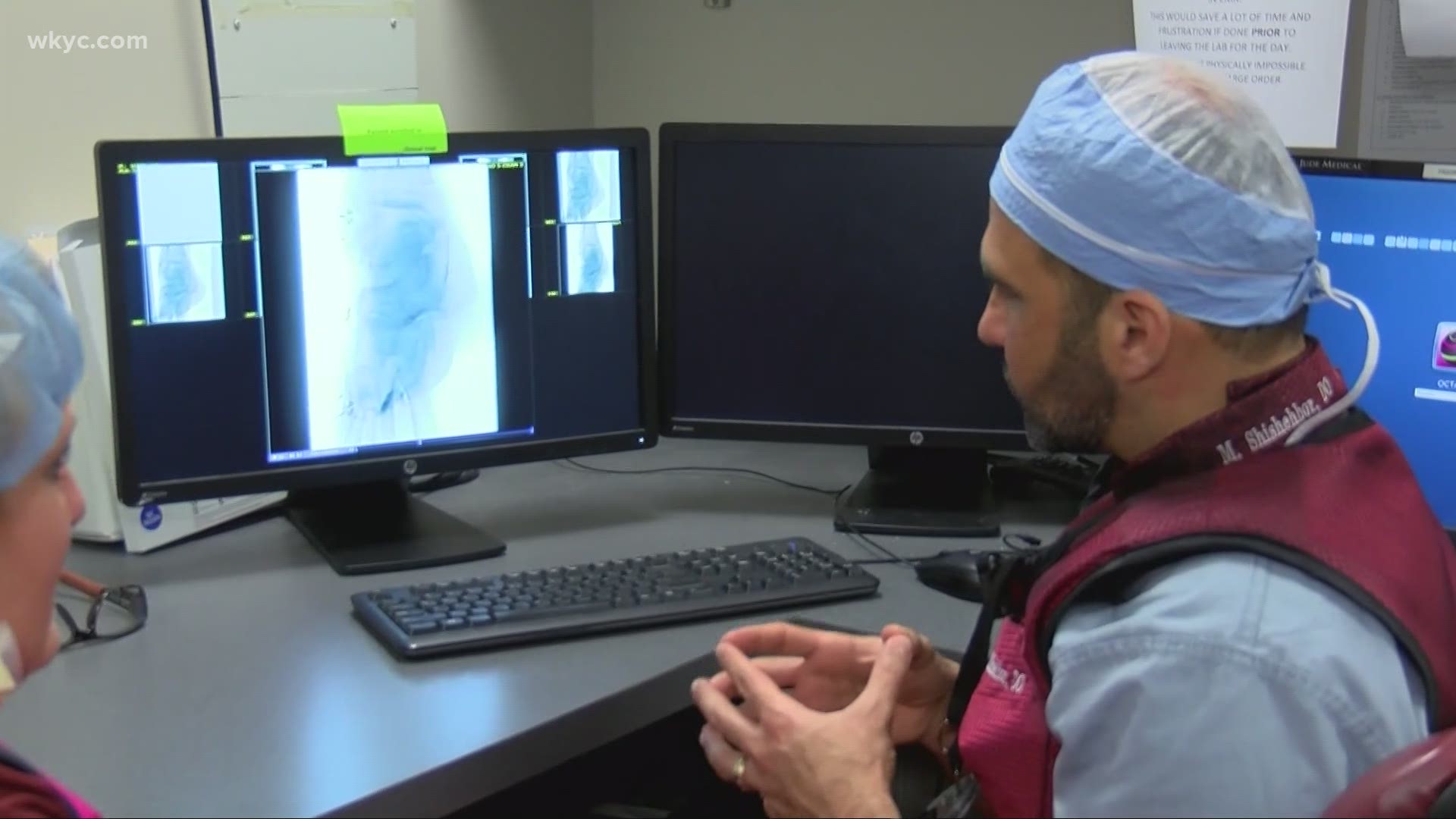 CLEVELAND — African Americans are 60 percent more likely to be diagnosed with diabetes than white people. They're also more likely to have a limb amputated because of the vascular issues associated with the disease.

There's currently a bill before Congress addressing this health disparity.

But amputation does not have to be the only option in many cases, and a local doctor is fighting to make those in need aware.

Despite three surgeries, Jacqueline Earley's excruciating foot pain from poor circulation led her to think amputation of both legs was imminent because her toes were starting to die.

Her daughter, Michelle, made a call to the wound care center at University Hospitals, and just by chance learned her mom had another option with Dr. Mehdi Shishehbor. He's an interventional cardiologist and specializes in saving limbs by restoring blood flow. A week later, Jacqueline had minimally invasive surgery.

Although some toes were lost, both legs were saved.

"I had a wheelchair before and now we don't even use it," Earley says.

Dr. Shishehbor has dealt with dozens of patients just like her, and he wants others to know.

"Please get a second, third and even a fourth opinion," he said. "Losing your leg is not a normal option, and we should do everything we can to save every patient's leg regardless of their race, color or ethnic background."

Dr. Shishehbor says 60 percent of his patients are minorities. And amputation is the worst and last thing they should have to endure.

"Those individuals that get an amputation, 50 percent of them will die within two years," he said.

According to the Cardiovascular Coalition, compared to whites, African Americans are four times more likely to be amputated, Hispanics three times and Native Americans are twice as likely. Reasons can vary from insurance to transportation to their doctors not even knowing there's another option.

"Do not accept amputation as a first or second option," Dr. Shishehbor said.