A Turning Point: Digging into the digital divide and how it affects people of color disproportionately

More than one in four households in Cleveland lack any type of internet access, making it the fourth worst connected big city in the country, census data shows. 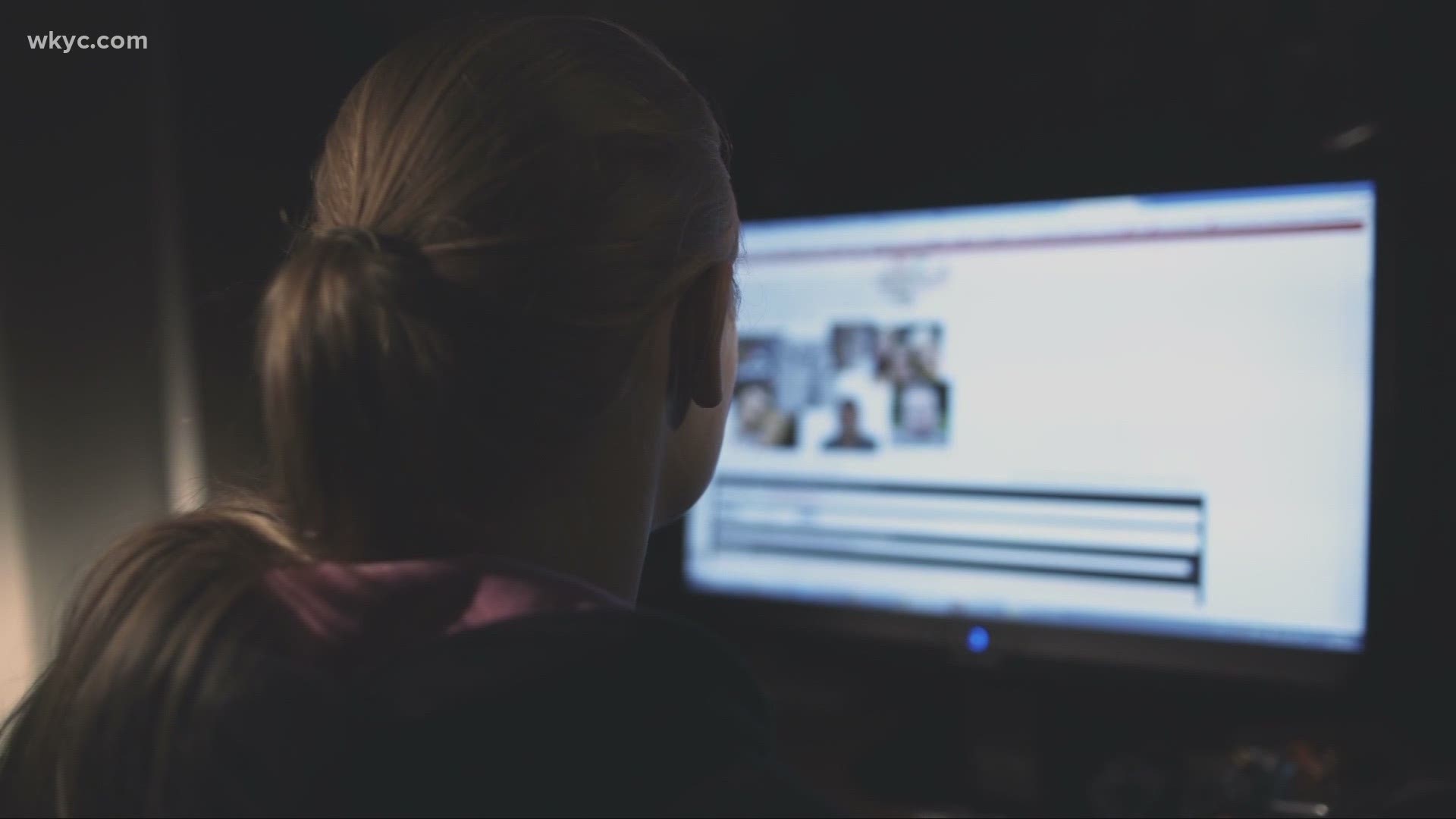 CLEVELAND — Seventeen-year-old Kendall Smith is among the more than 30 percent of Cleveland residents without home internet or a reliable high-speed service.

“I have to turn off the Wi-Fi and use my mobile data instead of the actual Wi-Fi because it doesn’t work. … I can’t do anything when regular Wi-Fi is on,” she explains.

Sharing a household with six people, including her grandmother, she struggles to stay connected as a student at Cleveland's science and technology high school, MC2 STEM.  “For my internship, we do Zoom calls, and I was kicked out of one because of a bad connection. So, it’s difficult to have this internship and do everything online.”

Kendall is working to raise awareness of the digital divide as an activist with the group Empowering Youth Exploring Justice.

Cleveland’s lack of access to in-home Wi-Fi is a problem for all ages, all ethnicities, the whole community,” she says. “So it’s important that everybody gets involved with this.”

The problem, not her generation’s making.

It rests with phone and cable companies -- and undemanding elected officials.

One of two main broadband players in Cleveland today, AT&T successfully lobbied state lawmakers in 2007 to allow it to compete with cable companies, which at the time had exclusive rights for services in cities.

AT&T promised competition would be good for residents. But when it introduced its new wave of fiber broadband technology in 2008, “They skipped some neighborhoods,” according to Bill Callahan, research and policy advisor of the National Digital Inclusion Alliance.

Glenville, Hough, Fairfax, South Collinwood and Clark-Fulton, among others.

Callahan has been monitoring internet access in Cleveland for 24 years. He says the result is digital redlining, a reference to an old discriminatory practice in which banks and insurance companies ignored inner-city neighborhoods.

“We called it that for a reason. Because someone made an explicit decision not to make investments in certain neighborhoods because of their poverty, or percentage of people who are poor. Unfortunately, that also means it was the people-of-color neighborhoods.”

AT&T has since made additional investments in the city, including adding fiber cables on poles in some of the poorest neighborhoods.

But, says Callahan, “they don’t have the other equipment in the neighborhoods that would allow them to provide that fast fiber service to homes, and therefore they still had 2004, 2005 service and that situation still covers about a third of the city.”

Some households can only get internet with speeds of 6 megabits or less from AT&T, hardly enough for a conference call, to consume a YouTube video without buffering or download a large document.

AT&T says investment decisions are “based on capacity and demand for our services. We do not redline highspeed internet access and any suggestion that we do is wrong.”

The company didn’t respond to questions about plans for installing higher-speed broadband in the poor neighborhoods, but says it still offers qualifying households internet for as low as $5 a month. Though such service is slow and available to relatively few neighborhoods, according to government data.

The other big broadband player is Spectrum, whose parent company, Charter, is the successor to a string of cable companies in the city, including Time Warner and Adelphia.

It took over an infrastructure that connects most homes in the city. But its service is considered too costly for many residents.

“The price of admission in Cleveland for the Internet is about $64 and if you want decent speed in Cleveland it’s about $70,” says Callahan.

Spectrum, like AT&T, still offers discounted services to the poor, originally a condition of their respective mergers.

But Spectrum declines to say how they market the service or how many poor families are enrolled.

It says, “We have had extensive discussions with community leaders about options for connecting more students … our program is available to all Cleveland school students and offers 30-megabit speed for $10 a month.”

One emerging alternative is the nonprofit Digital C, which is building a network of wireless access to connect those left behind. It’s using a ring of antennas placed on buildings around the city to offer 50 megabits of speed for $20 a month.

Says Digital C chief executive Dorothy Baunach: “It’s about the kids, seniors, those in the middle that we call strivers, who are unemployed and under employed. They just have to become part of the digital economy.”

More than one in four households in Cleveland lack any type of internet access, making it the fourth worst connected big city in the country, census data shows.

If there’s a silver lining to the pandemic, it’s this: It has awakened politicians and civic leaders to the troubling effects of such a big digital divide in our region.