The Ohio Fairness Act has been introduced in the General Assembly 10 times. Why this time could be supporters' best shot. 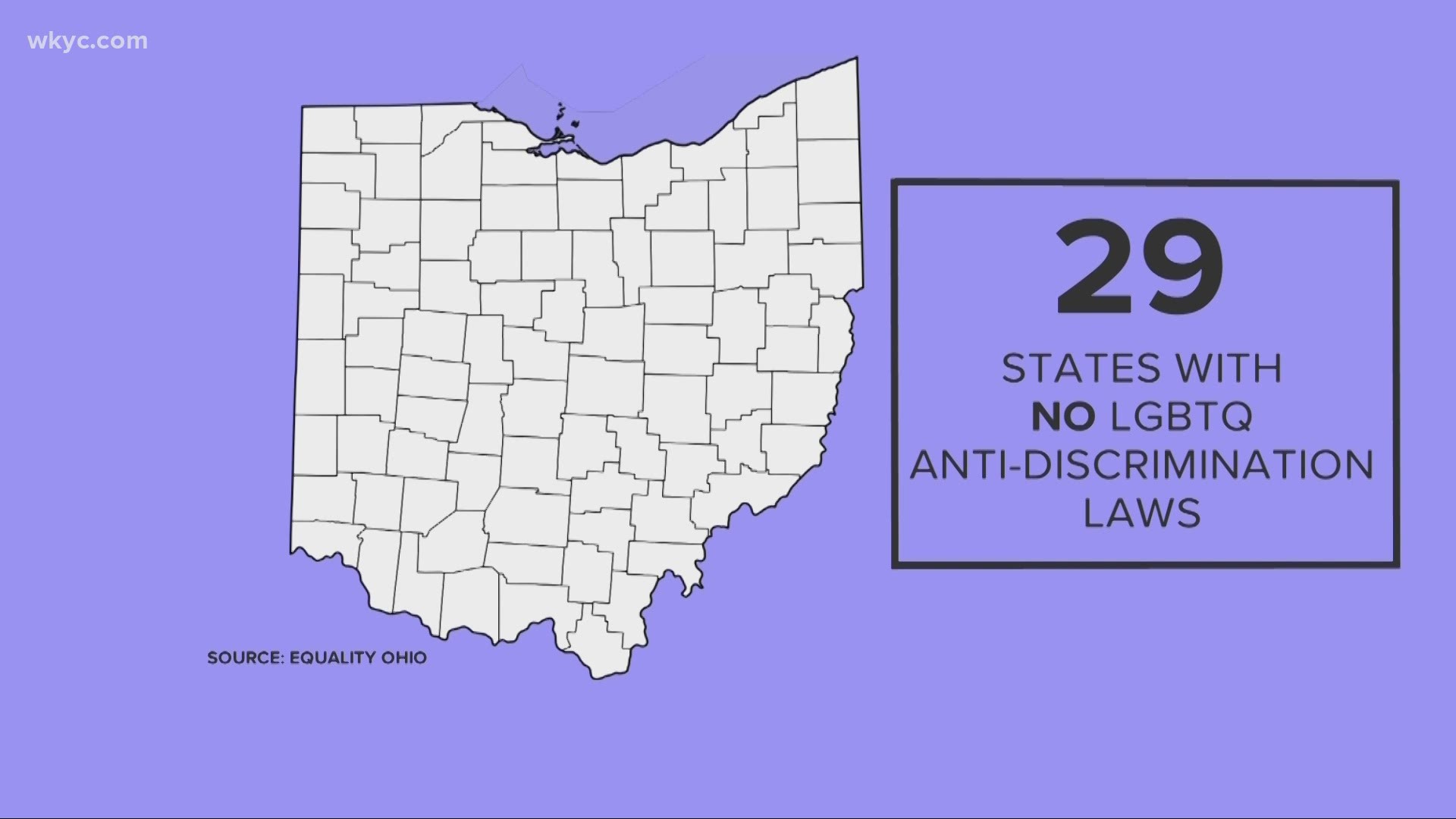 OHIO, USA — Could the tenth time be the charm?

A bill that would extend civil rights protections to LGBTQ Ohioans has been introduced in the Ohio General Assembly 10 times, but supporters of the Ohio Fairness Act believe this may be their best shot to date.

"I really am optimistic," said Sen. Nickie Antonio (D-Lakewood), who is a sponsor of the Senate version of the bill.

"And I think that we've never seen as much bipartisan support for the bill right now," said Antonio, who is the only openly gay member of the state legislature. She has tried and failed to pass an LGBTQ non-discrimination law for the last decade, but for the first time, there is bipartisan support from Republicans for bills in both the House and the Senate.

RELATED: Teach your children well: Instilling acceptance and love, not hate, at an early age

The bill would prohibit discrimination against LGBTQ Ohioans in the workplace, housing, education, and public accommodations, such as stores and restaurants, just like current Ohio laws protect citizens based on age, sex, gender, religion and more.

As it stands, Ohio is one of 29 states with no LGBTQ anti-discrimination laws, however, Cuyahoga County and 35 municipalities-- such as Cleveland and Akron-- have passed their own laws to make LGBTQ discrimination illegal.

Antonio believes that enacting such a law statewide is the right thing to do, but that it also makes economic sense for Ohio.

"If Ohio wants to be competitive in a world market, we need to be able to encourage the best and the brightest, corporations, businesses, and manufacturing groups that want to invest in the state of Ohio," she said.

RELATED: A Turning Point: Panel discusses the LGBTQ+ Community and the School of One

In June 2020, a more conservative U.S. Supreme Court made a stunning 6-3 decision that federal civil rights laws also protect people from workplace discrimination based on sexual orientation and gender identity.

However, it's not clear whether there will be enough GOP votes in the General Assembly-- despite widespread public support for LGBTQ nondiscrimination laws. A 2013 survey found that 68 percent of Ohioans generally support such legislation, and 84-percent thought the legislation already existed.

A major opponent is Ohio Senate President Matt Huffman (R-Lima), who is concerned that the law would bring about a flood of litigation from businesses, and potential conflicts with the religious beliefs of business owners.

Antonio believes change will happen one person at a time, "when somebody gets to know someone as a real, three-dimensional person, not a stereotype, not some kind of label that they read somewhere, but a real person with hopes and dreams," she said.

MORE FROM 'A TURNING POINT':

RELATED: The School of One inside the LGBT Center of Greater Cleveland looks to prioritize an inclusive learning environment for students

RELATED: Modern science opens doors for members of the LGBTQ+ community to build the biological families of their dreams