The School of One is open to students ages 14 to 21 years old. 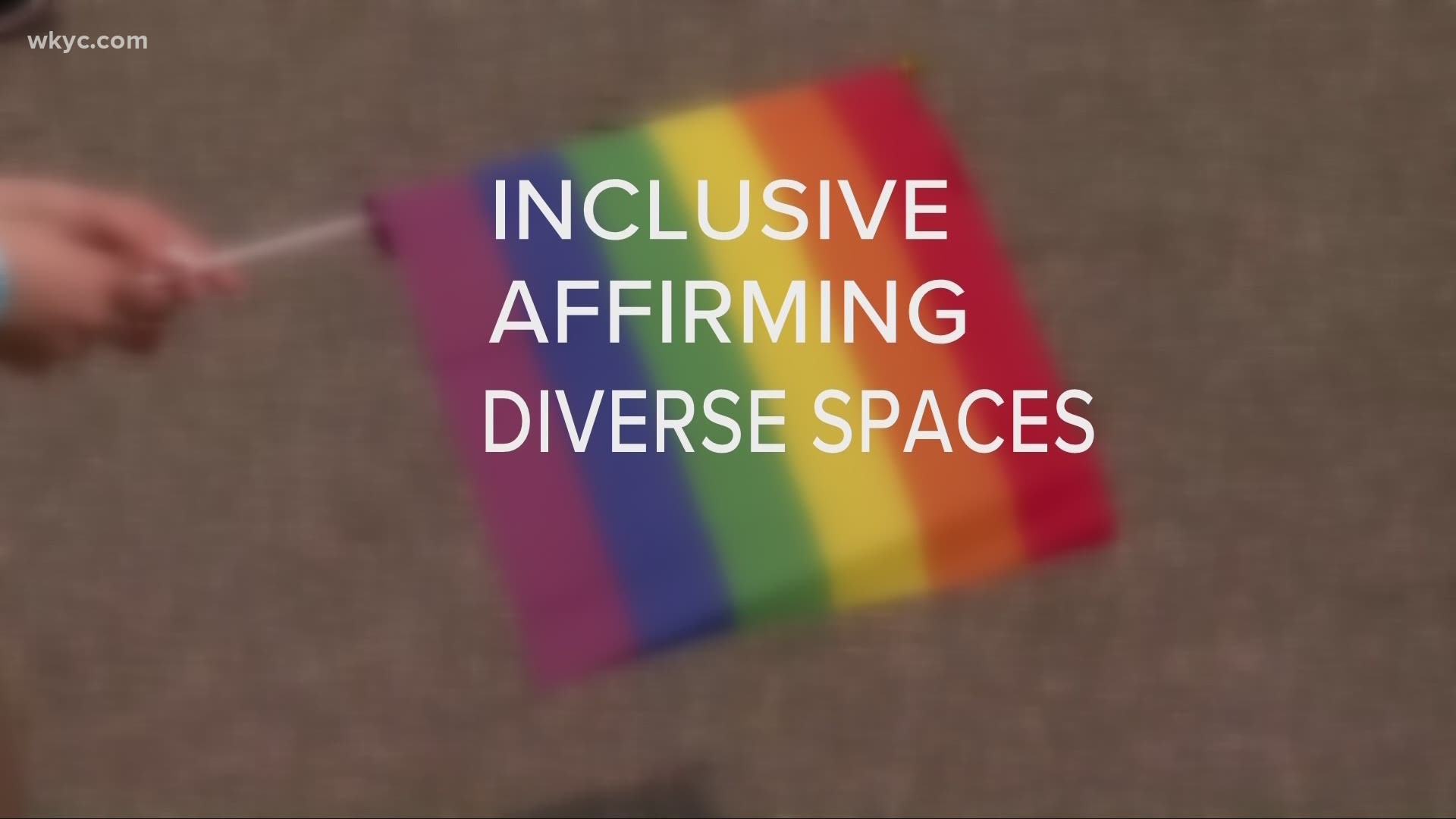 CLEVELAND — For many students, growing up comes with the typical worries, like figuring out who you are and fitting in, especially when it comes to attending school. But thanks to the School of One, located inside of the LBGT Center of Greater Cleveland, standing out is the new normal.

In collaboration with the Cleveland Metropolitan School District, The School of One opened in 2020 and offers a unique and customizable learning experience to its students.

“It's your plan. Somebody can come in here at a tenth-grade level and get really focused and knock it out and graduate in a year with full school credit,” said Gulnar Feerasta, the Director of Programming at the LGBT Center of Greater Cleveland.

The first of its kind in the nation, the school provides traditional academic lessons, as well as direct access to social workers, doctors, and mental health professionals who not only look like the students they serve, but have also shared life experiences.

“Visibility matters, being seen for who you are, being celebrated as who you are, as your authentic self matters,” explained Feerasta.

According to the 2019 Youth Risk Behavior Survey, more than 60 percent of LGBT identifying students have experienced symptoms of depression, that's compared to nearly 30 percent of their heterosexual, cisgender peers--highlighting the need for inclusive, affirming, and diverse spaces.

“It's so important that our youth have the opportunity, just like all youth to be in a safe, affirming environment," Feerasta explained. "Often people assume that schools are that environment, but for LGBTQ youth, it's often the opposite.”

17-year-old Roman agrees. He enrolled at the School of One because traditional school wasn't healthy for him or conducive to his learning.

“I spent a lot of time online because I was kind of like ostracized at school, so I went to like online communities for like solace and stuff,” Roman explained.

Roman is just one of roughly 3,500 students who identify as members of the LGBT community in Cuyahoga County.

The School of One accepts students ages 14 to 21 years old and while it may focus on LGBT Youth, the school, as well as the LGBT Center, are resources for any and everyone. Officials say that the school's primary goal is to color the world with shades of inclusivity, now and in the future.

"I mean, 10 years from now, 20 years from now, who knows where we'll be. But these kids who grow up in the center are, will be our future leaders. Why wouldn't we want to equip them to be as successful as possible," said Feerasta.

The School of One accepts applications on a rolling basis, meaning you can apply and begin at any time.

For more information on the School of One, click here.

The LGBT Center of Greater Cleveland is located at 6705 Detroit Ave.