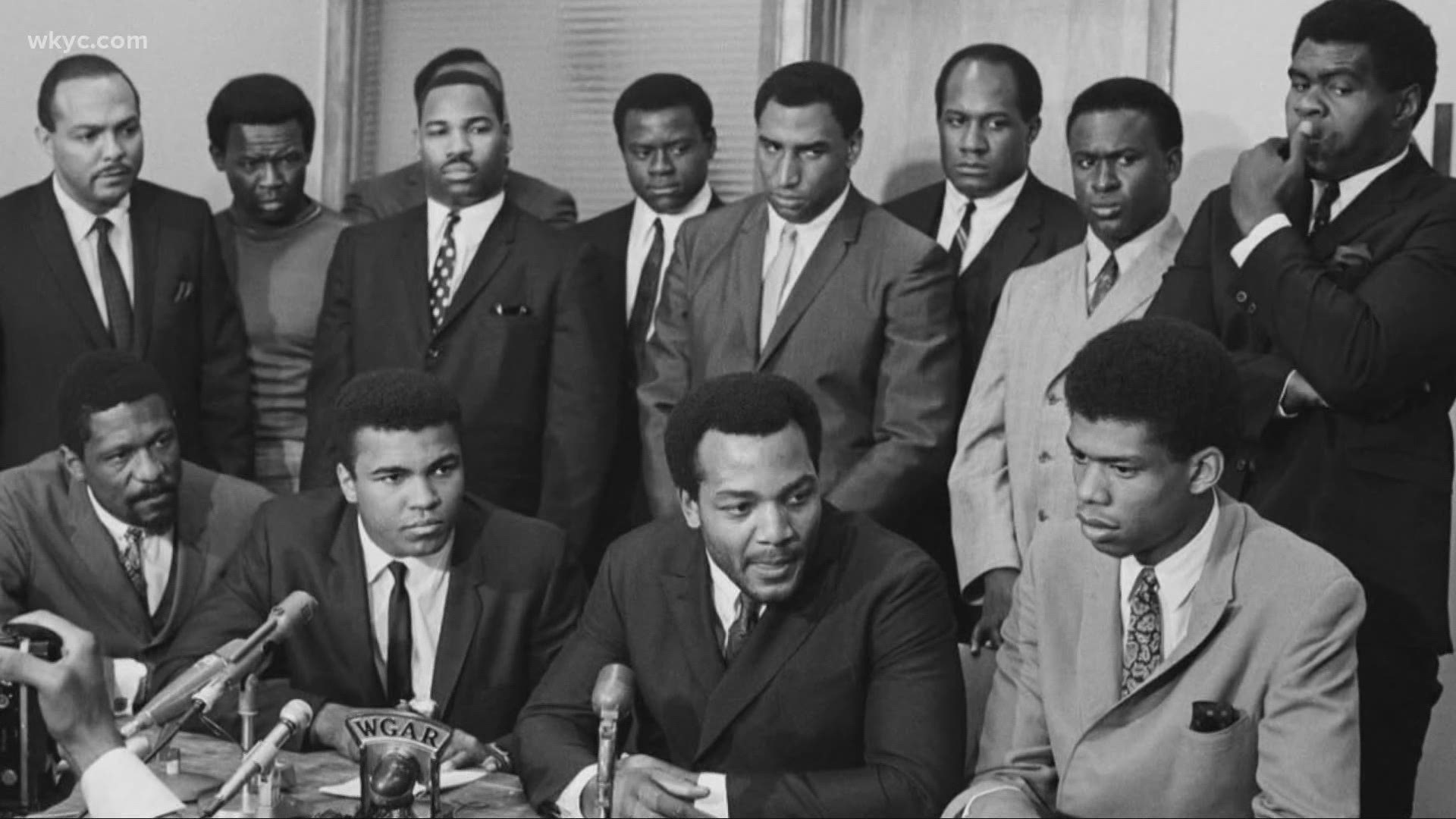 CLEVELAND — The 1960s was a time of significant change. The Civil Rights Movement. The press for rights. Also racial turmoil in the cities; Cleveland among them. And a widening highly-controversial war in Vietnam.

The decade was a turning point in the United States.

But in 1967, Brown returned to Cleveland’s changing black political landscape to convene a meeting of prominent black sports figures. They questioned boxing champion Muhammad Ali on his denial of a deal offered by the federal government after it had stripped him of his boxing title for refusing the military draft. The Vietnam War raged on as American troop strength there reached a half million.

In this atmosphere, the athletes who met in Cleveland were in the city to question Ali, who cited his conscientious objector stance to the draft based on his religion. A month before, Ali had become a member of the National of Islam. The athletes at the summit wanted only answers from Ali. Several there had military backgrounds, including then-state representative and soon-to-be Mayor Carl Stokes. Ali spoke on his religion and black pride, never wavering from his conscientious objector stance.

This was the Ali Summit, eventually called the Cleveland Summit.

The office where they met was at East 105th Street and Euclid Avenue. The building is gone now, but what occurred was historic in that Muhammad Ali, Jim Brown, Bill Russell, and others were marking another turning point in civil rights.

In Cleveland, the issues converged. Race, religion, sports, politics, and the war in Vietnam.

Ali was convicted of draft evasion, but he stayed out of prison during his appeal. Years later, the Supreme Court overturned the conviction and Muhammad Ali returned to the boxing ring.

In 21st Century sports, athletes are using their power and their platforms for social and political statements, following footsteps of other black sports stars decades before. That was when a group of athletes took a political stance in the Cleveland summer of 1967.