Harris' sorority sisters and the Northeast Ohio Indian community have connected with her unique background, not often seen on a national political stage. 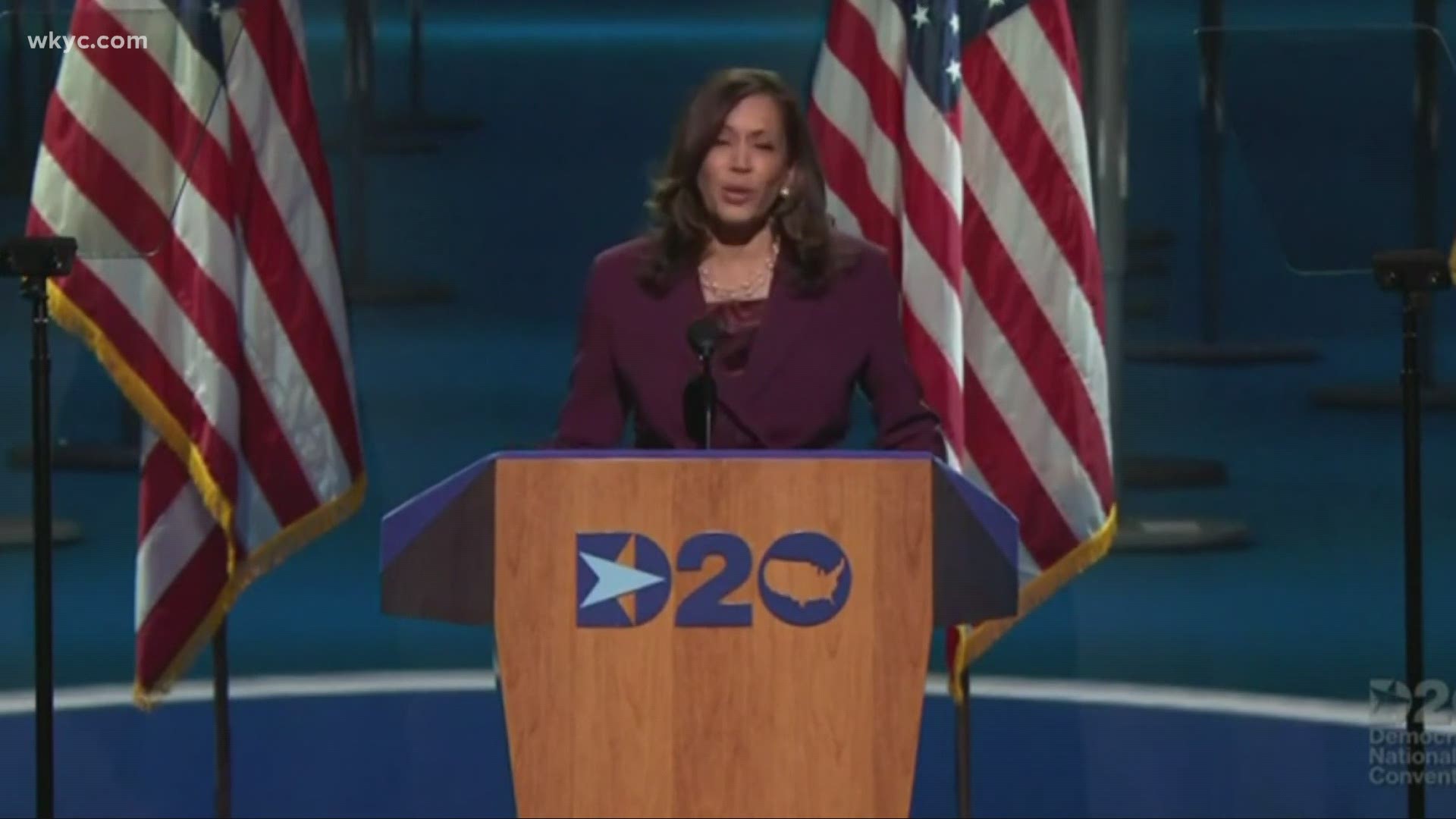 From the campus of Howard university to Joe Biden's vice-presidential pick for the 2020 election, Kamala is inspiring support and enthusiasm from groups across Northeast Ohio. The groups connect with her unique background, which isn't always reflected on the national political stage.

Her sorority sister and Ohio House Minority Leader, Emilia Sykes believes she has what it takes to make the world a better place.

"Our sorority prides itself on being successful educated women who live our lives with service to all mankind. And knowing that her origins started in our sorority and that it helped propel her service to be leading this country the entire country just lets us know that I made the right decision in joining the sorority," Sykes explains.

And with over 300-thousand sorority members worldwide, Soror Belva Denmark Tibbs believes she’ll bring something new to bring to the table.

"People are re-engaging in the process and I think what she will bring to the process is a level of transparency integrity and civility," says Tibbs.

But her sorority isn’t the only family she has. Harris also acknowledged her Indian heritage.

"My mother instilled in my sister Maya and me the values that would chart the course of our lives. Se raised us to be proud strong black women and she raised us to know and be proud of our Indian heritage. She taught us to put family first," said Harris during her acceptance speech for the democratic Vice Presidential nomination.

"You know, as immigrants and communities of color we care about fairness we care about equality....she is confident she seems to know what she's about and and um i think that she will make an excellent Vice President."

If we use our vote and we use our voice, we will win. Watch a recap of last night's debate now. pic.twitter.com/mJ6vHhAFjL