650 young professionals were surveyed, with the vast majority 35 and younger. 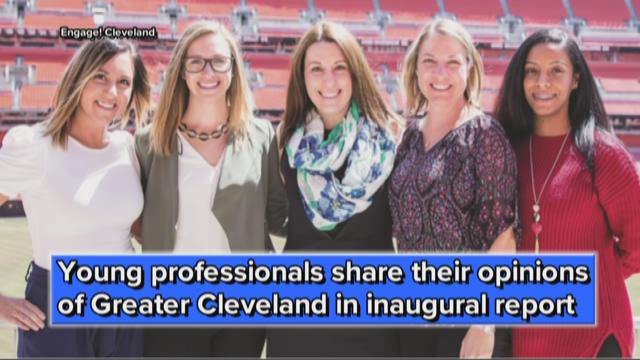 The inaugural Engage! Cleveland State of the Young Professional survey was officially unveiled this morning, with men and women sharing their opinions on why they choose to work and live in the area as well as some of the challenges they face.

95 percent of the 650 people surveyed (the vast majority 35 and younger) expressed a positive perception of the quality of life in Greater Cleveland. 41 percent described themselves as area "lifers" while another 34 percent are "transplants," bringing in an array of perspectives. They are also here to stay, with 73 percent planning to live in the region for at least the next five years. Many of them stay because of the importance of family and other ties to the community.

When ranking what they like about the city, most cited cost of living as the greatest asset, along with "natural assets" and arts and culture. However, several negatives were also highlighted.

Perhaps the biggest challenge most respondents cited was public transportation, with concerns being brought up repeatedly with a desire to make it a focus for keeping people here in the future. In addition, employment opportunities also saw mixed results, and many reported they had trouble finding jobs that "fit their personal priorities." Young professionals, for the most part, say they want "progressive, culture-driven employers" that can help them maintain a strong balance between work and a personal life.

Safety was also another challenge brought up, and interestingly, not one respondent shared a positive opinion of local government leaders. One cited the government specifically as "holding back YPs," saying they are only interested in simply being reelected and in power." Diversity and segregation were also issues of concern, and that could even be partially reflected in the survey itself: Of the 650 YPs who shared their concerns, 86 percent were white/Caucasian.

Still, despite the concerns, young professionals on the whole say they are passionate about Greater Cleveland and being involved in changing it for the better. According to the survey, these young men and women believe their leadership skills and underutilized and "want to at least try to make a positive difference in the Greater Cleveland area." Roughly two-thirds of the sample said civic engagement has a positive impact on the area, and 80 percent say they are at least "somewhat involved" in this type of activity.

Check below for a look at the full survey and results: