Both face multiple years in prison. 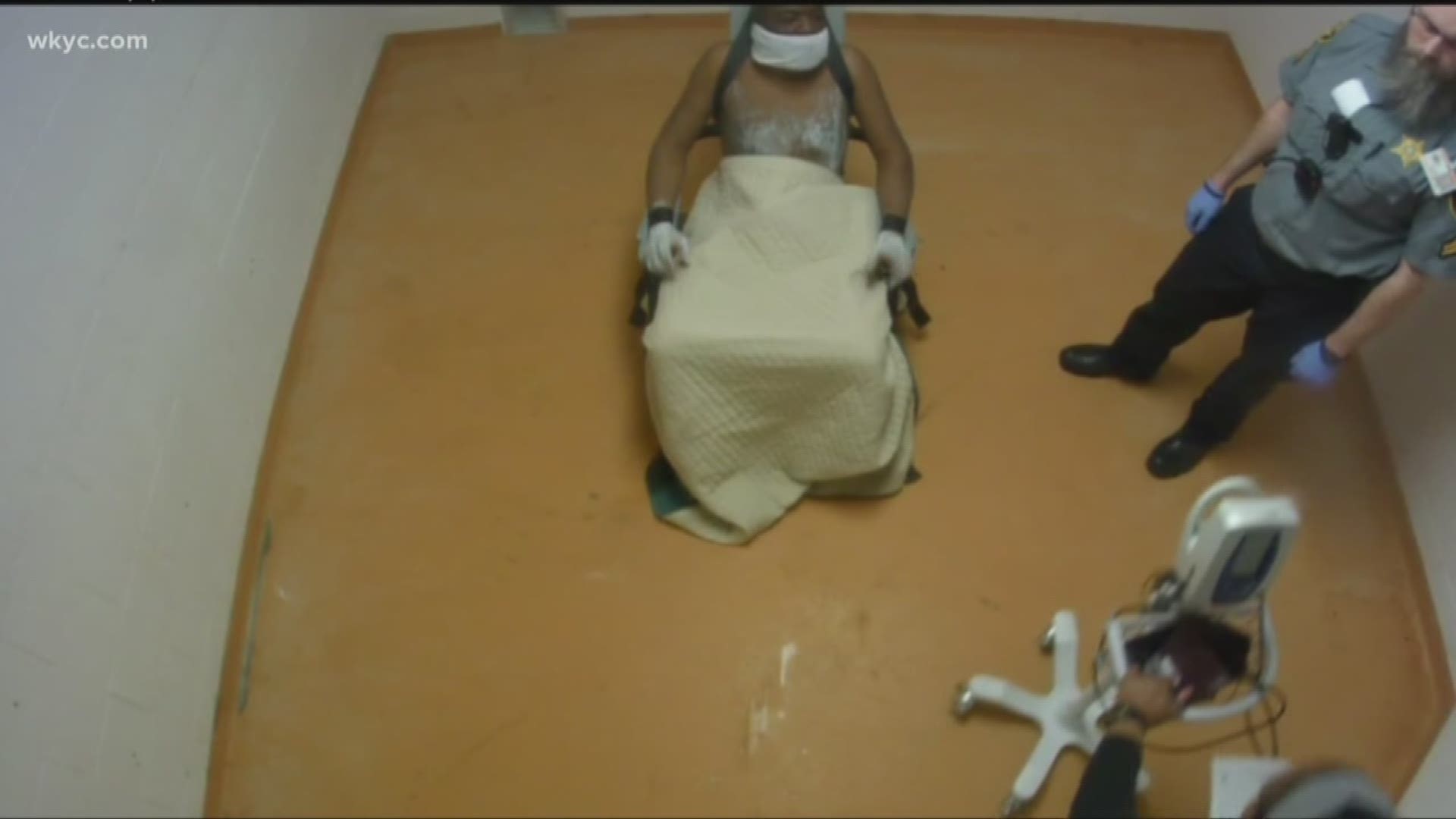 CLEVELAND — A pair of corrections officers pleaded guilty Tuesday to charges of using excessive force on an inmate at the Cuyahoga County Jail.

Officer Nicholas Evans admitted to felonious assault and tampering with evidence, while Officer Timothy Dugan admitted to attempted abduction and misdemeanor assault. Both were accused of punching Terrance Debose while the inmate was restrained.

"Inmates do not surrender their human dignity along with their freedom," Ohio Attorney General Dave Yost said in a statement. "These two men abused their authority to pound a prisoner strapped to a chair. We wouldn’t stand for a dog to be treated like that—let alone by someone exercising the authority of the State."

Video of the March 2018 incident obtained by 3News shows Evans and Dugan taking Debose (restrained in a wheelchair for unknown reasons) into isolation before Evans (who appeared to turn off his body camera) eventually struck him multiple times. Dugan later appeared to strike Debose, too, and an affidavit claimed the inmate was then left alone for two hours and ended up suffering an concussion.

The situation is just one of many stemming from the wide-ranging county jail scandal, with multiple state and federal investigations showing substandard conditions and mistreatment of inmates at the facility. In addition, multiple lawsuits have been filed, with some accusing top county officials of a cover-up.

Besides Evans and Dugan, only one other person has been held criminally responsible in the scandal so far: former Associate Warden Eric Ivey. He pleaded guilty to charges of lying to investigators, and earlier this month had a 180-day jail sentence suspended on the condition he cooperate in the ongoing inquiry.

A sentencing date as not yet been announced. Evans faces up to six years in prison for his crimes, while Dugan faces up to two years.