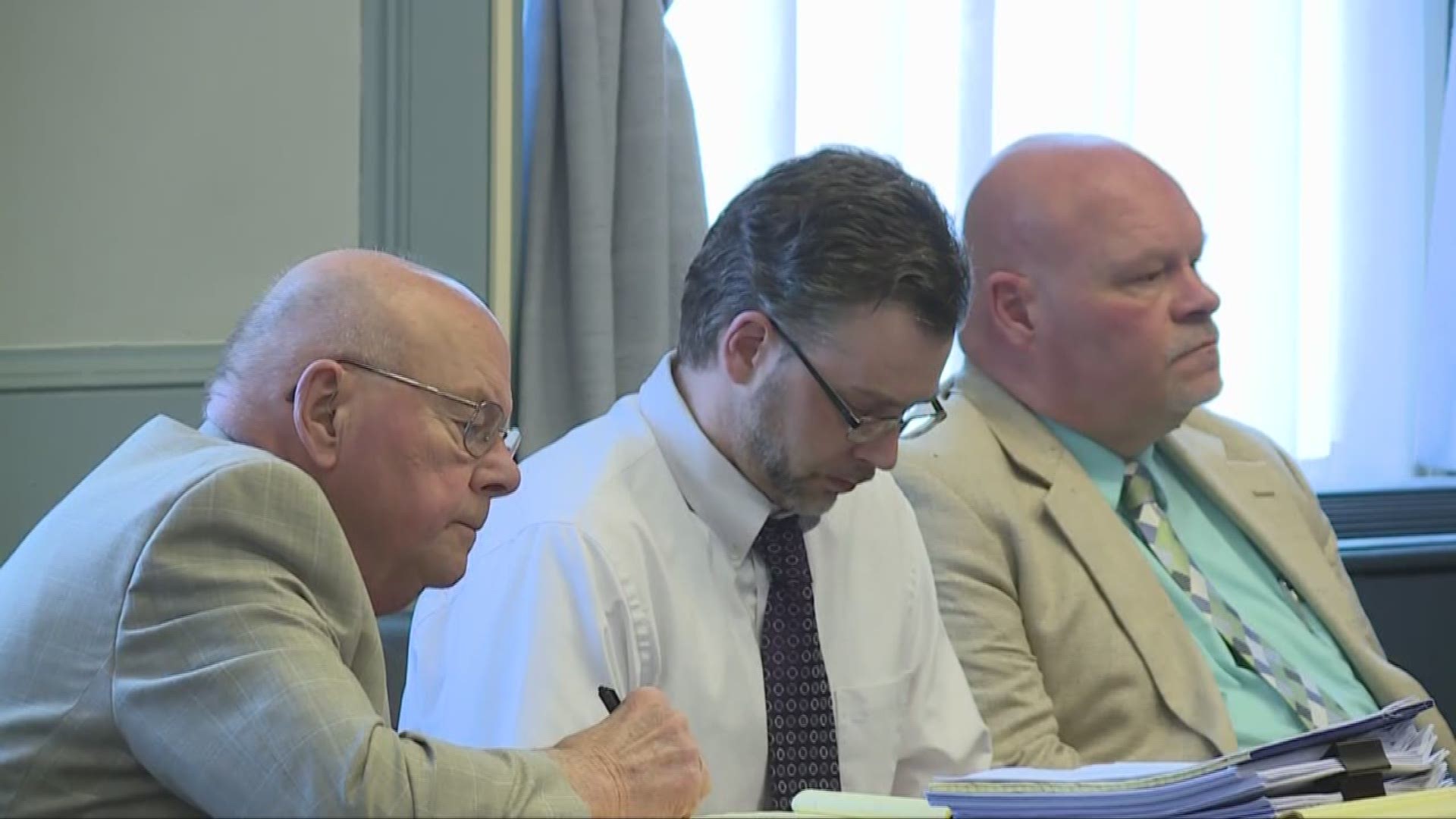 ASHLAND, Ohio -- Accused serial killer Shawn Grate has agreed to change his plea to guilty for crimes involving the deaths of two women and the rape of another.

After more than a week of testimony, Grate withdrew his previous non guilty plea Wednesday morning.

BREAKING: After more than 7 days into the murder trial, accused serial killer Shawn Grate tells judge he will change his plea to guilty. @wkyc pic.twitter.com/SHFd30y9Zp

Grate, 41, faces 23 counts including aggravated murder. On Wednesday, Grate pleaded guilty on 15 charges, including rape, kidnapping, gross abuse of a corpse and burglary. Grate pled guilty to the kidnapping of a woman prosecutors are calling Jane Doe. Doe was kidnapped and raped multiple times, but escaped after calling 911 on Sept. 13, 2016.

The aggravated murder charges in connection with the deaths of Elizabeth Griffith, 29, and Stacey Stanley, 43, whose bodies were found in the Covert Ct. home, were still on the table. One of the last witnesses to take the stand on late Tuesday morning was part-time Ashland police officer and court bailiff Joel Icenhour. Icenhour analyzed cell phone data from Grate’s phone. One video was shown in the jury.

Prosecutor Chris Tunnell: "What does the second video depict?"

Icenhour was the final witness to be called to the stand before the prosecution rested their case. The defense followed without calling any witnessed to testify.

According to the judge, Grate faces a potential minimum sentence of 50-72 years to life behind bars.

Judge is reading the charges and potential sentence for each charge. Shawn Grate is entering a plea deal after more than a week of testimony in his murder trial. @wkyc

After both the defense and prosecution rested their cases, the jury was called in following a two hour break. The judge told the jury there are some procedural items the court needs to address in the coming days and there’s also no hotel space to sequester the jury through the weekend due to graduation events at Ashland University. Both factors led to pushing closing arguments to begin on Monday morning at 9 a.m.

Judge announces potential sentence is a minimum of 50-72 years to life in prison. @wkyc pic.twitter.com/eRsoSlKuX8

Judge asking Grate if he understands he is giving up his rights to a jury trial for the multiple charges in which guilty pleas were entered. He says he understands. @wkyc