Amy vanished from a Bay Village shopping center on Oct. 27, 1989. Her body was found months later. 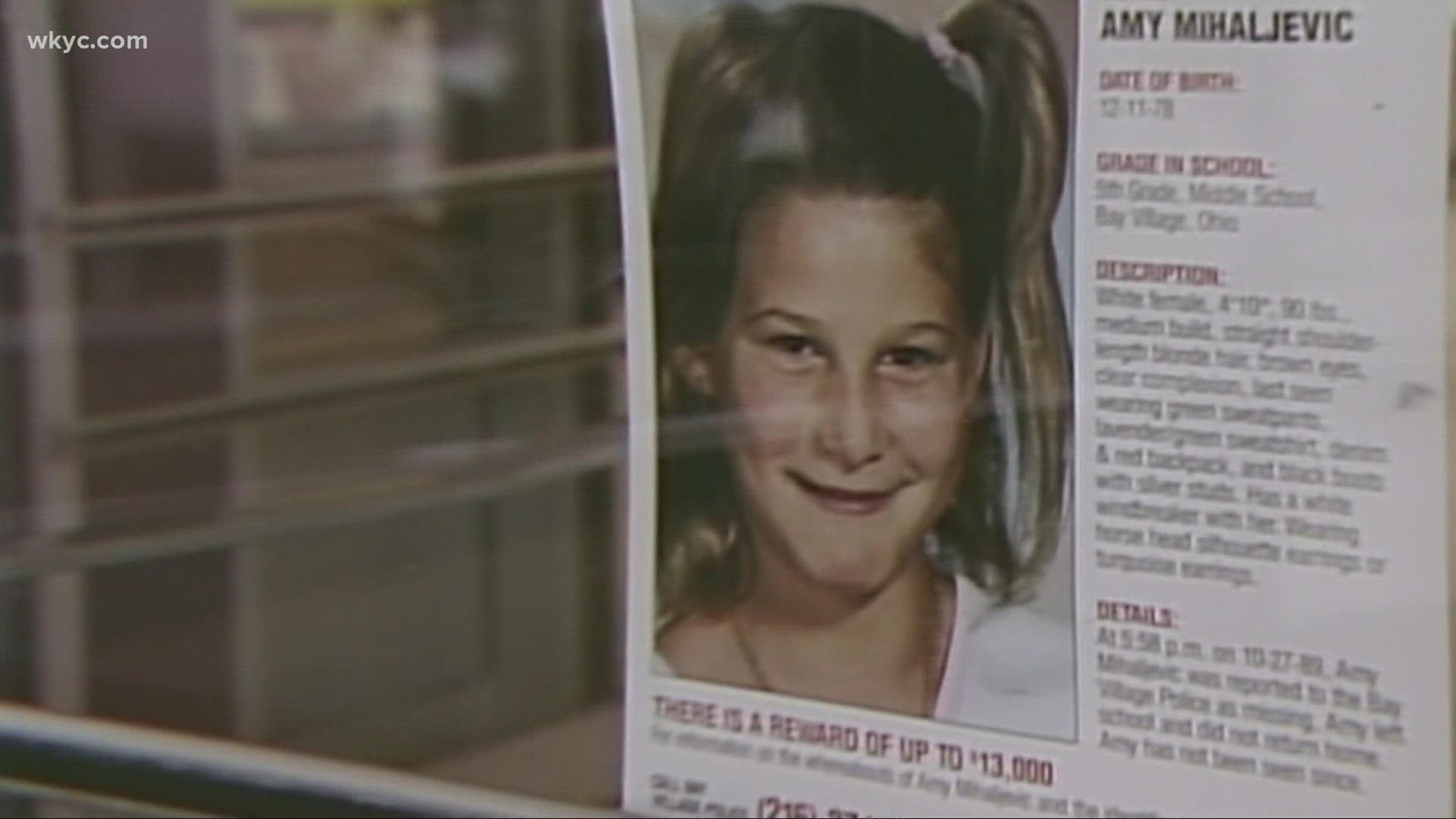 BAY VILLAGE, Ohio — Editor's note: Video in the player at the top of this story was originally published on Sept. 17, 2021.

It's a mystery that still haunts Northeast Ohio. Who killed 10-year-old Amy Mihaljevic?

In honor of Amy, a one-mile walk will be held at 5 p.m. starting at Bay Village Middle School. Organizers are also accepting donations for the Amy Mihaljevic Fund, which “is used to pay for resources that can help solve this case.”

“There’s a temptation to refer to a lot of cases like this as cold cases,” Dateline’s Josh Mankiewicz told 3News’ Sara Shookman. “But a cold case suggests that no one is working it. Investigators have been working this pretty much since the day Amy disappeared. One example of that they are really hoping that the evidence we’re going to show you tonight on Dateline might shake loose somebody’s memory and might provide that tip they need.”

RELATED: Amy Mihaljevic's father speaks to 3News about the day her body was found, 30 years later