The baby was returned safely to her parents and the 29-year-old Joshua Gilliland is in custody on charges of kidnapping and theft of a motor vehicle. 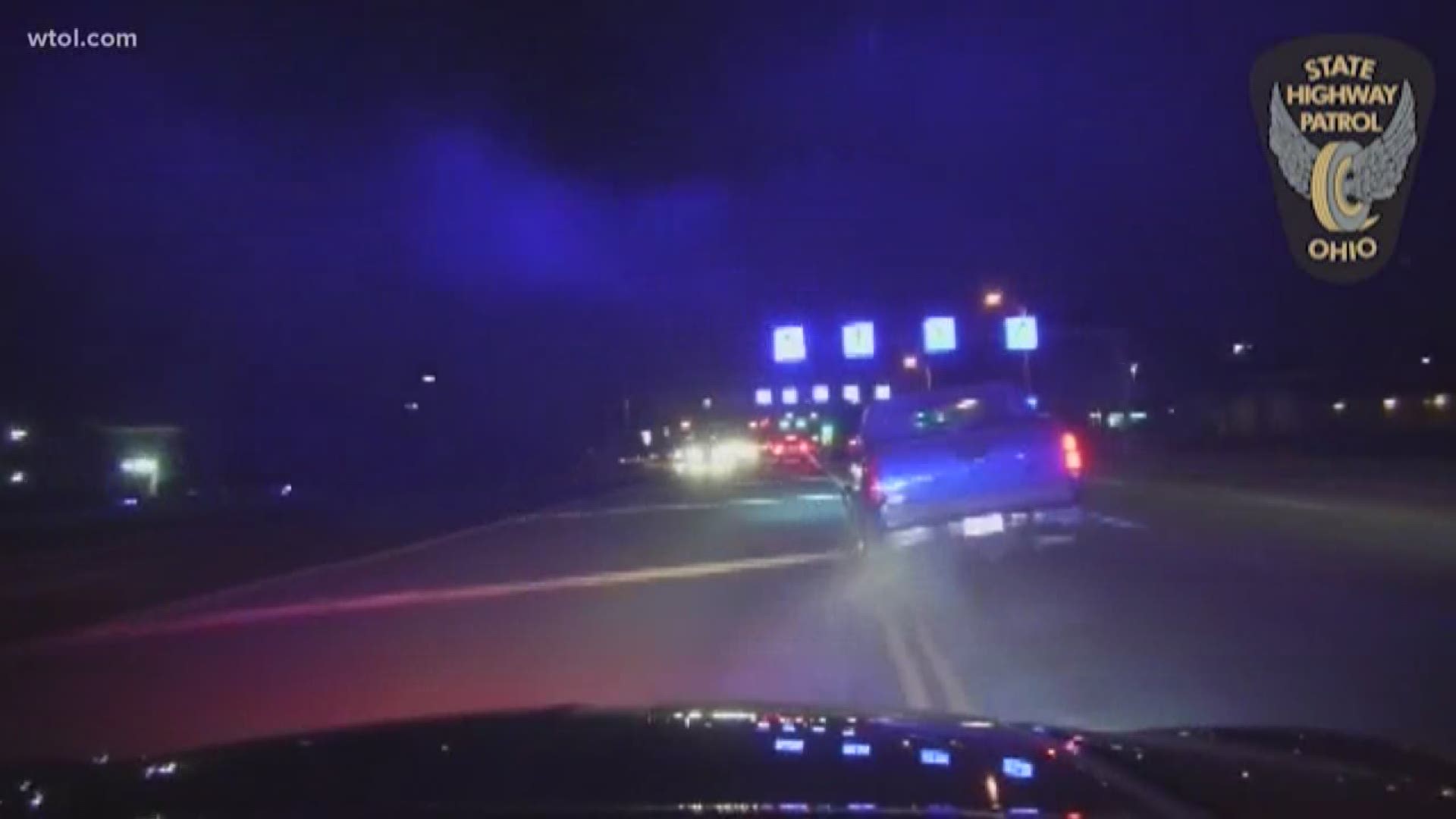 FINDLAY, Ohio — An Arcadia man faces multiple charges after allegedly leading police on a multi-county chase in a stolen truck with a baby inside. Police say the baby was not injured in the incident and was returned to her parents at the scene.

Officers were called to a house in Findlay on Saturday night on a report of a stolen car with a young child inside, according to Findlay police. Police say they contacted different jurisdictions in the area and the Ohio State Highway Patrol was able to locate the vehicle on I-75 in Wood County.

Troopers tried to stop the car but the suspect fled north into Lucas County, where the pursuit also involved Toledo Police and Fire departments. The suspect, identified as 29-year-old Joshua Gilliland from Arcadia, rammed a patrol cruiser as it tried to stop him, OSHP said.

Gilliland was in court Monday to face charges of kidnapping, grand theft of a motor vehicle, child endangerment, felony fleeing and eluding, and two counts of assault on a police officer. He had a bond set at $250,000 and his preliminary hearing is scheduled for Friday.

After troopers used stop sticks, officers were able to stop the car in the 300 block of Byrne Road, north of Hill Avenue in Toledo. Gilliland tried to flee again, this time on foot.

He was apprehended by a K-9 officer after a short pursuit and was taken into custody by Ohio State Highway Patrol in Hancock County on kidnapping and theft of a motor vehicle charges.

Dash-cam footage was released by police on Tuesday. Here is an edited version of the 22-minute video. 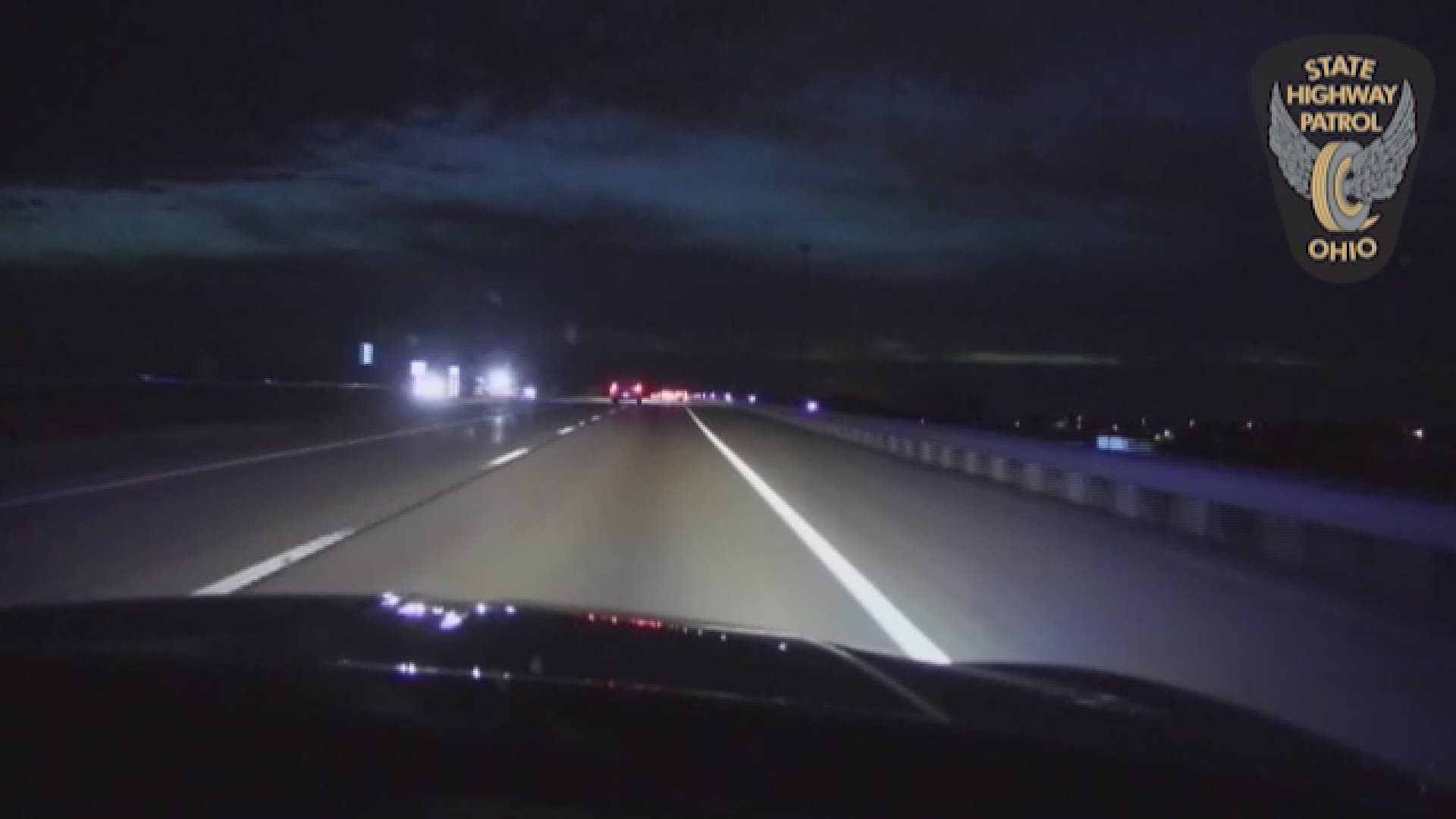 On Tuesday, a lieutenant with the Ohio State Highway Patrol discussed the challenges the pursuit posed.

"The adrenaline is certainly amped up knowing a little one is in the car, but you still have to take the situation at hand with what's being presented," said Lt. Shaun Robinson." And take the best course of action to do your best to make sure that nobody gets hurt, especially in that vehicle with that little one, and then all the people driving around." 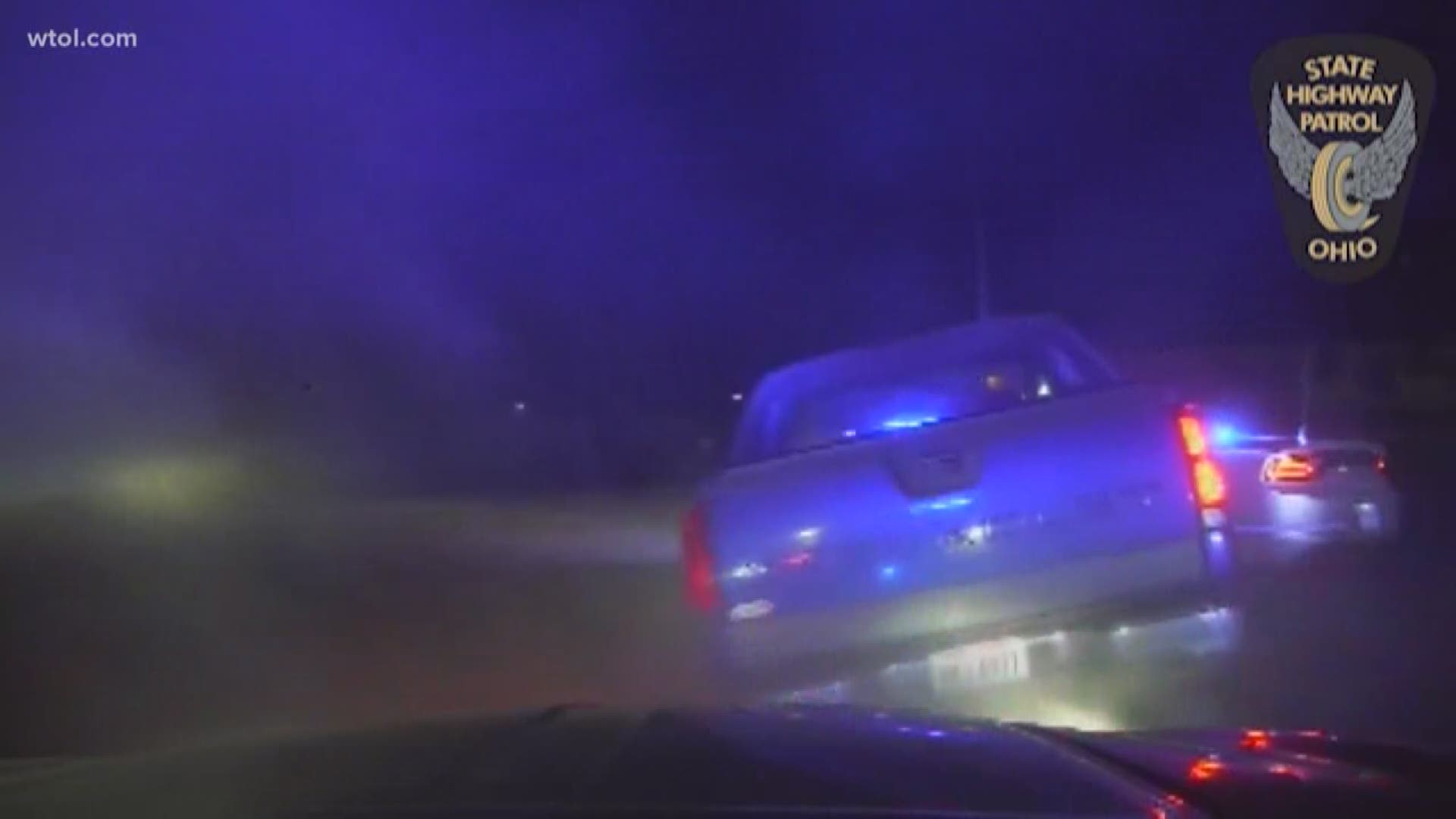 South Toledo residents fed up with dumping in their street