Police arrested a suspect in the disturbing crime and are securing warrants. 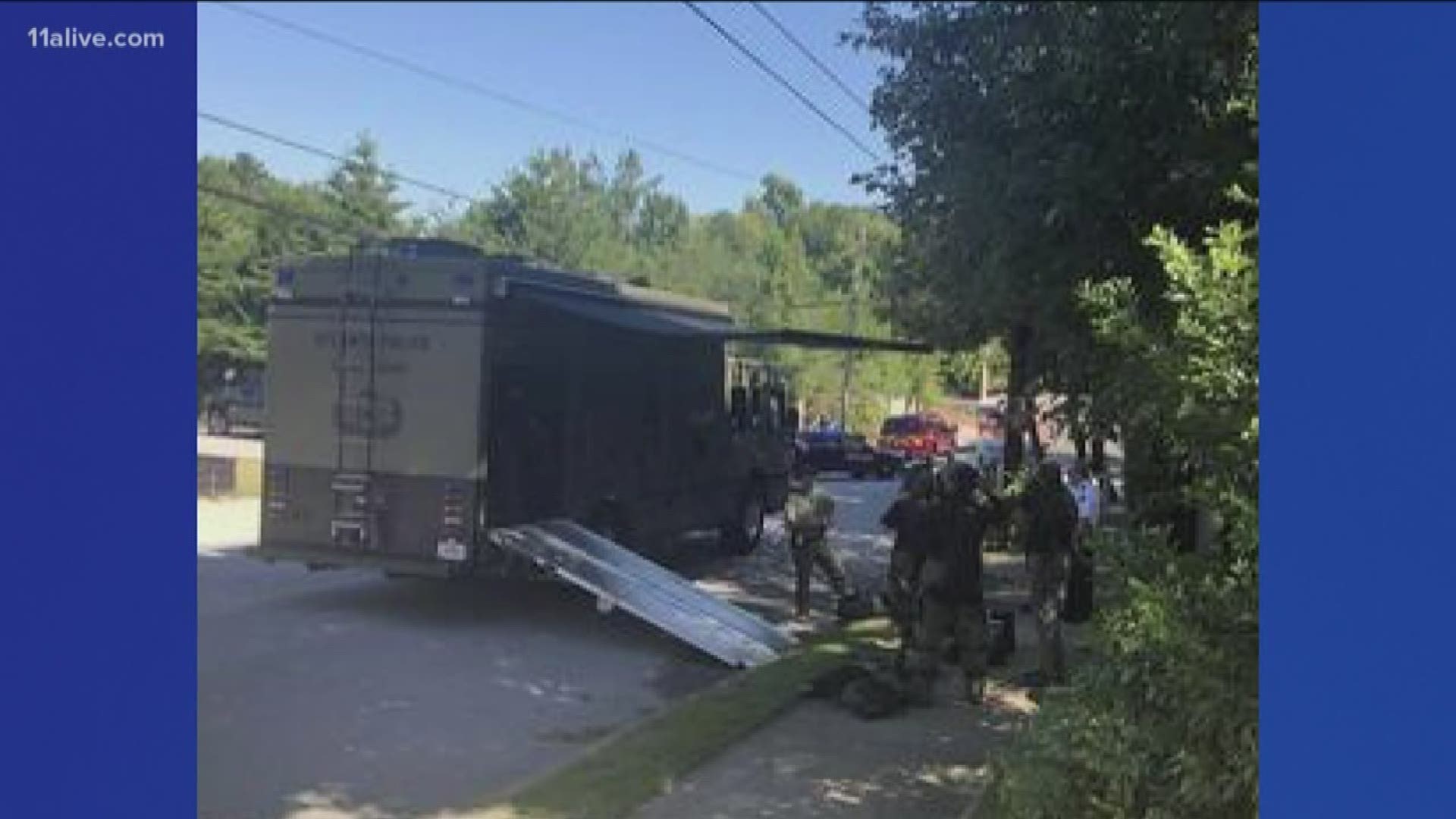 ATLANTA — Police have arrested a man after a suspicious package led to a gruesome - and heartbreaking - discovery.

Atlanta officers were called to the area of Ponce de Leon Place and Virginia Circle around 9 a.m. Friday morning to a report of the package - a brown box that had been placed in a storm drain and set on fire.

Initially, the call led to the response of additional officers and members of the SWAT team to secure the scene.

But officers soon discovered that inside the box was a small Yorkie that had a cord around its neck. An Atlanta Police spokesperson said the dog was already dead by the time officers found it.

The Atlanta Police Department's animal cruelty investigators have since been called to investigate the discovery. Investigators spoke with witnesses who said they saw a white male in the area carrying a box. One of the witnesses said they saw the man trying to light the box and place it in the storm drain.

Further investigations took police to Drewry Street in northeast Atlanta later in the day. That's where officers searched and found 29-year-old Jessie Collins who they determined was the person spotted by witnesses. Collins has since been taken into custody as investigators continue securing warrants in the crime.

Once those warrants are secured, police said he will be booked into the Fulton County jail.

Marsha Edwards accused of murder-suicide in Atlanta. Who was she?

‘God blessed me with a platform to speak’: Man who saved baby near highway continues to spread generosity years later

Georgia Southern QB didn't have cocaine - it was bird poop