13-year-old Londan Hill was visiting family from out of town when he was shot and killed on Monday, August 10. 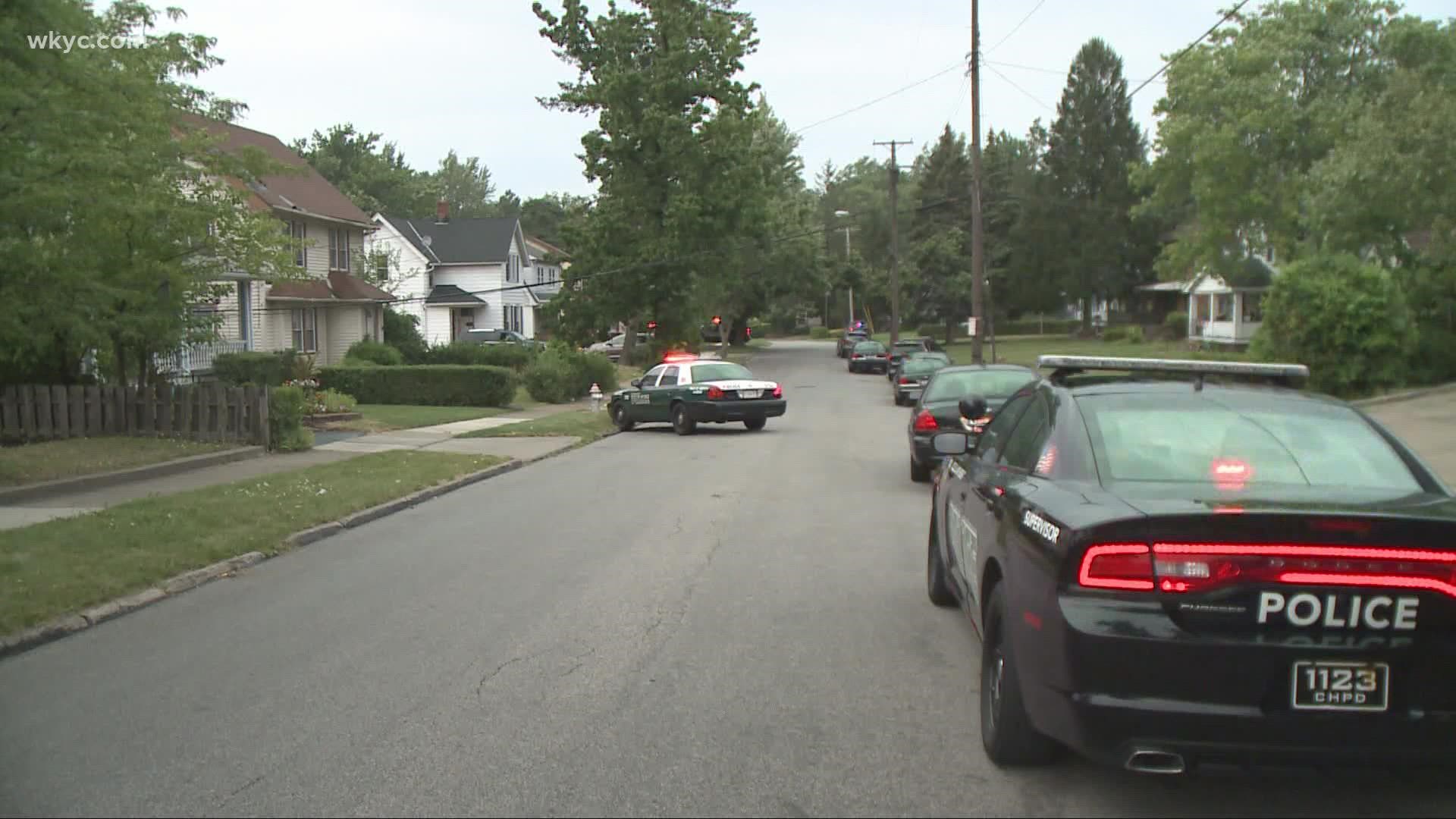 CLEVELAND HEIGHTS, Ohio — The second suspect connected to the fatal shooting of a 13-year-old boy in Cleveland Heights was taken into custody, according to officials.

Chief Annette Mecklenburg with the Cleveland Heights Police Department confirmed to 3News Wednesday evening that the second juvenile suspect is in the hands of police.

"At 6:30 pm tonight 16 year old Brylin Pickens was taken into custody for the murder of 13 year old Londan Hill.  Detectives were able to facilitate the surrender of Pickens at the Cleveland Heights Police Department without incident," Mecklenburg wrote in a statement.

On Monday, August 10, Londan Hill and his mother Rebekka Wilson were visiting family in 800 block of Woodview Road when the 13-year-old boy was shot while inside the home.

Several shots were fired into the rear of the house from the backyard, about three houses away, according to police.

After the shooting, 3News reporter Marisa Saenz spoke with Rebekkah Wilson, who is the mother of the victim and identified her son as Londan Hill. Wilson and her family are from Milwaukee, WI and were in town visiting relatives. The shooting happened at her sister-in-law's house.

"Whoever shot and killed my son today, you all need to come forward because he didn’t have nothing to do with nothing," she tells 3News. "We’re not even from Cleveland. We’re from Milwaukee."

On Sunday, family and friends came together to remember the boy in a memorial service held over Zoom. 3News spoke with Wilson just before the service, in which she told us that it wont bring her son back, but she is happy to gain closure as the investigation continues and arrests are made.

“It won’t bring my son back, but I’m happy there’ll be justice for Londan,” says Wilson.