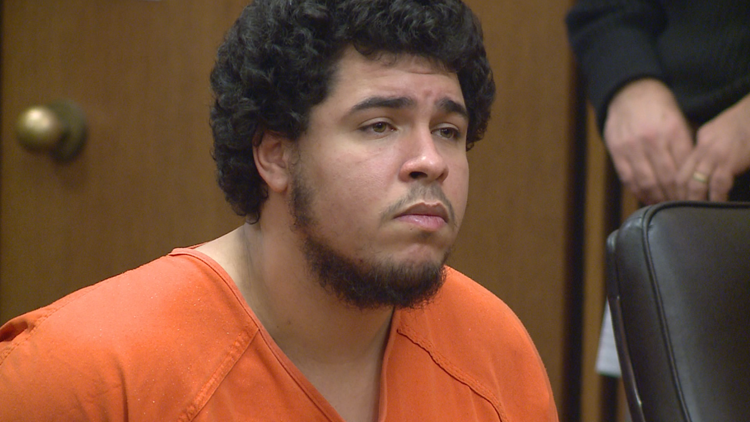 CLEVELAND — A 27-year-old man will serve more than a decade behind bars after pleading guilty to repeatedly raping a young girl.

Cuyahoga County Judge Wanda C. Jones sentenced Ricardo Correa, of Cleveland, to 11 years each for four counts of rape in the first-degree. However, while prosecutors had asked for those sentences to be served consecutively (44 years in prison), Judge Jones instead ran them concurrently, meaning he will only serve 11 years.

Correa was arrested in April of 2018 after the victim's sister and cousin told school counselors she was being sexually assaulted. The crimes apparently took place between July 2017 and that month, starting when the girl was just 8 years old.

The child confirmed the abuse to police after initially denying it (Correa had told her not to tell anyone), and doctors later diagnosed her with the sexually transmitted disease trichomonas vaginalis. Her aunt, who was dating Correa at time time, was being treated for the same infection.

"It is without question that the injury was exacerbated by the victim’s age and that she suffered serious physical and psychological harm," County Prosecutor Michael C. O'Malley wrote to the judge, adding that Correa took advantage of the child by acting as her quasi-step-father. "To be raped by as a child is something that can debilitate a person for life."