The suspected was arrested and booked at the Cuyahoga County Jail. 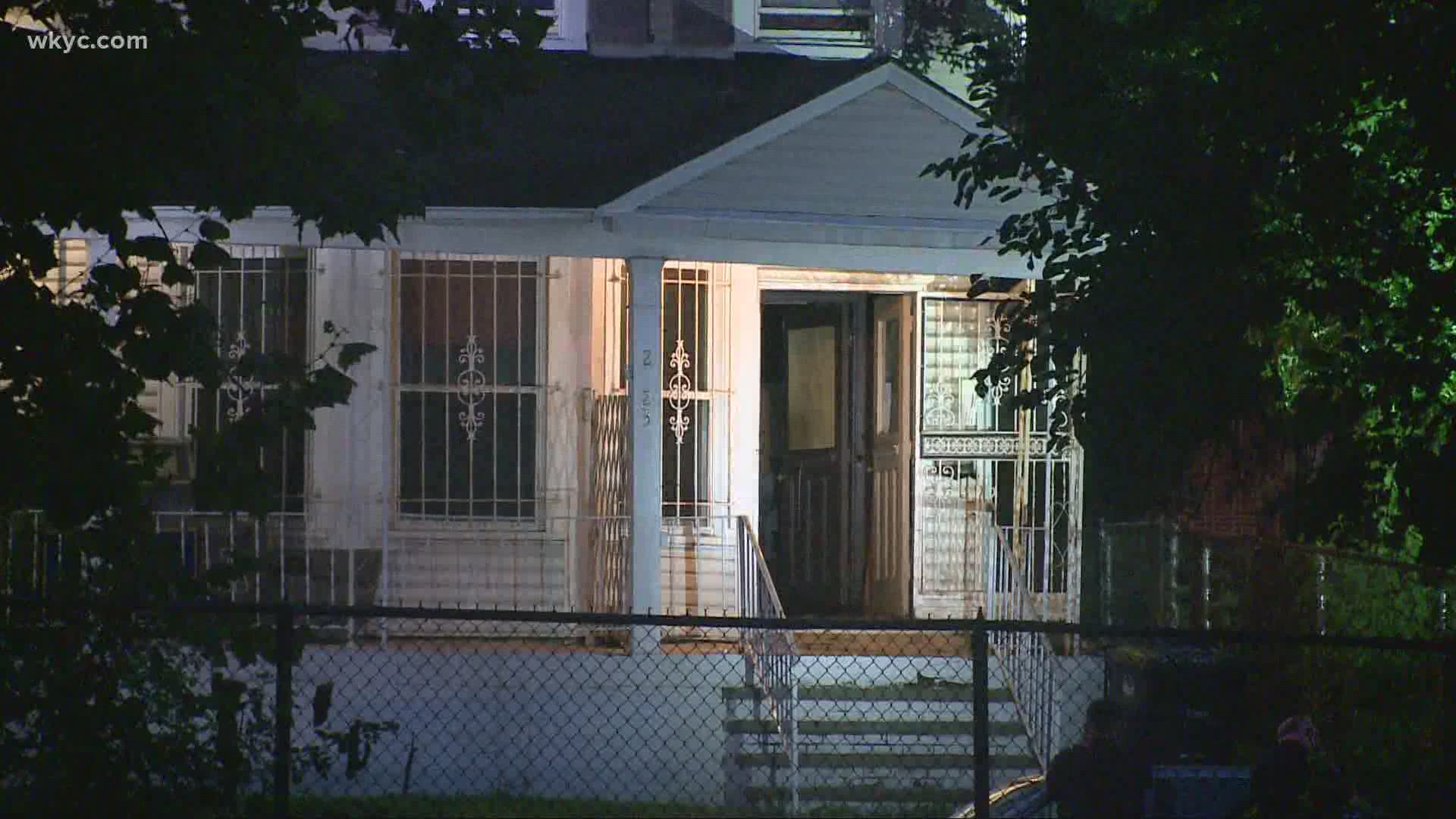 CLEVELAND — A police officer is currently recovering after being shot on Cleveland's east side overnight.

Officials responded to a "boarding house" in the 2000 block of East 81st Street around 3:45 a.m. Monday for reports of unknown trouble. At the scene, police encountered a woman who said she had been involved in an altercation with a man inside the home.

Two officers entered the home and encountered a 42-year-old man in the bathroom. The suspect pointed a gun at the officers and began firing. One of the officers returned fire and then both retreated from the home.

One of the officers, a 26-year-old woman, suffered gunshot wounds to the arm and back. Her partner, a 24-year-old man, was not injured.

Members of the SWAT team and crisis negotiators were called to apprehend the armed suspect still inside of the home. The suspect was taken into custody without further incident. He initially did not report any injuries, but later was taken to the MetroHealth Medical Center for leg pain and was treated and released. He was booked at Cuyahoga County Jail.

"My prayers go out to the CDP Patrol Officer who was shot this morning on E.81st St.

"Once again, senseless gun violence has no place in this community. It is imperative that this individual is held accountable for his actions. If he needs some help because he is in crisis, I hope he gets it.

"I’d ask the community to allow the investigation to take place. I look forward to a transparent and thorough investigation.

"I am thankful that this officer is going to be alright. I hope that this Officer and all of the Men and Women of the Cleveland Division of Police know that myself and this community appreciates their service. We all wish this officer a speedy recovery.

"Thank you to you and your family for your dedication to the residents of Ward 6 and the City of Cleveland."

Please stay with 3News for updates as they become available.

RELATED: 8-year-old boy struck by car on Cleveland's west side

RELATED: 9-year-old boy shot by stepfather in Cleveland; police believe it was an accident