Anyone with information is asked to call the Cleveland Division of Police at 216-623-5464. 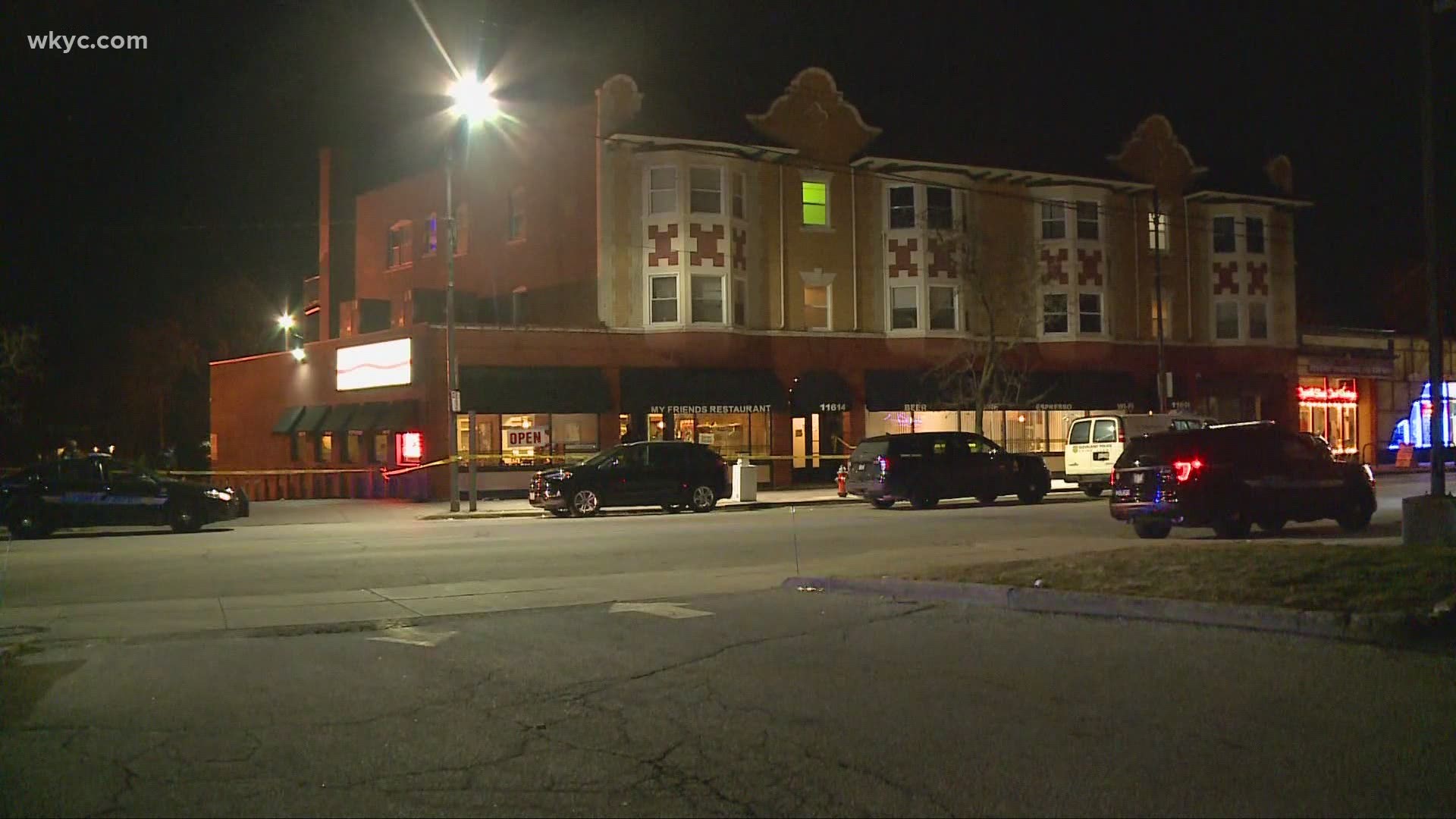 The Cleveland Division of Police has ruled out two men suspected to have taken part in the Monday shooting at a Cleveland restaurant.

The shooting happened at My Friends Restaurant on Detroit Avenue just before 4 a.m. on Monday. When officers arrived, they found two people on the ground with gunshot wounds. A 23-year-old woman and a 27-year-old man were taken to MetroHealth Medical Center where both were later pronounced dead. The Cuyahoga County Medical Examiner's Office identified the victims as Geongela Rivers of Euclid and Keondre Austin of Cleveland.

Officers discovered a 29-year-old man in the restaurant's kitchen with a gunshot wound to his leg. He suffered a broken tibia and was taken to MetroHealth, where he is confined. The other shooter, a 25-year-old man who suffered wounds to the arm, leg, and face, went to MetroHealth on his own and was treated and released. He was booked at the Cuyahoga County Jail.

Investigators believe the incident started after an argument between two groups of people seated inside of My Friends. Both of the men who were arrested pulled out guns and began shooting at each other, causing them both to be wounded along with the two fatal victims.

Multiple shell casings were found at the scene and two guns were seized in connection with the investigation.

Anyone with information regarding the identities of these males is asked to contact detectives at 216-623-5464. Anonymous information can be provided by calling Crimestoppers at 216-25-CRIME.