Two people have been taken into custody, while a victim of the crash was also hospitalized. 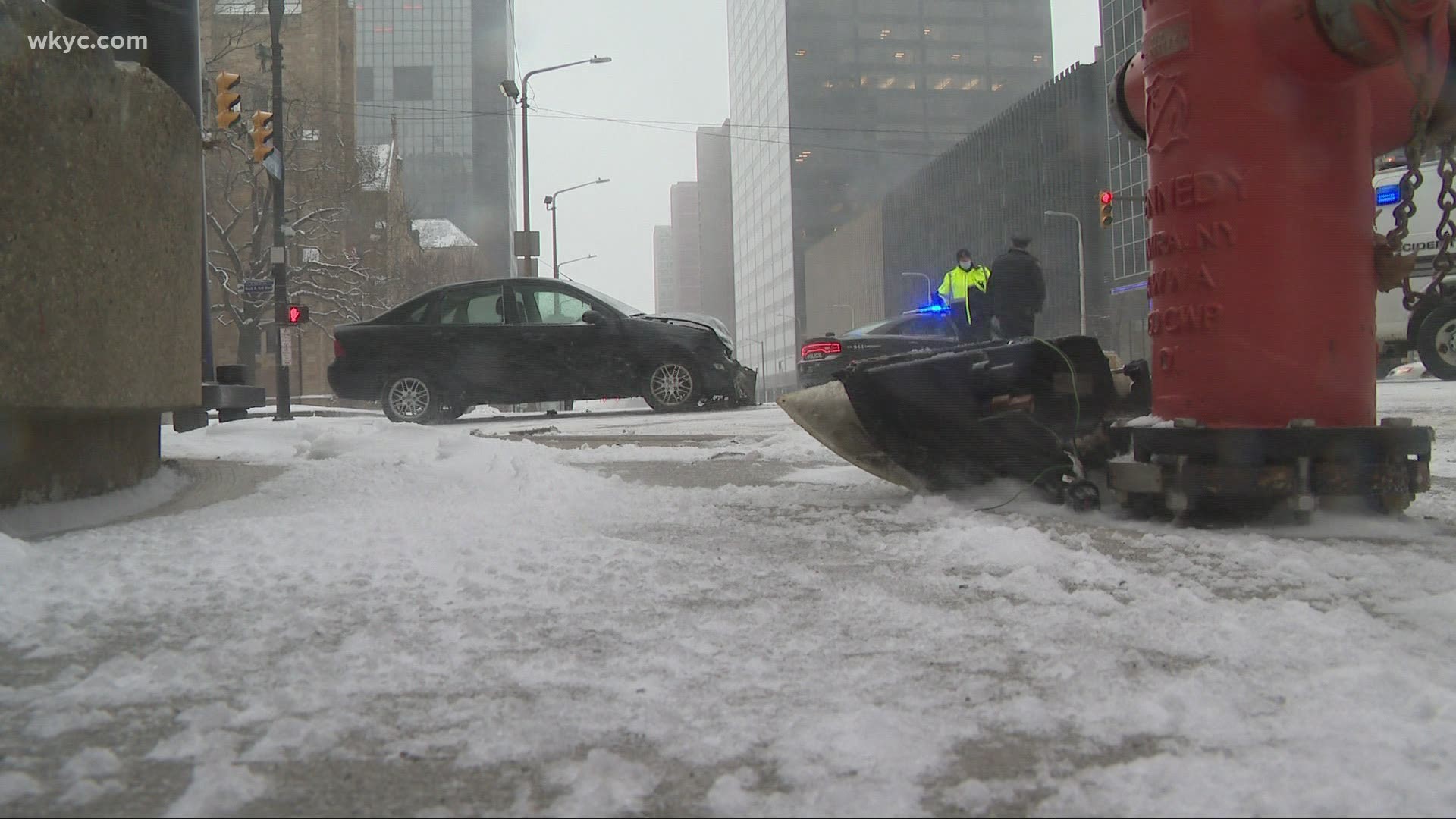 CLEVELAND — A Cleveland Division of Police officer was injured in a crash during a vehicle pursuit on Monday afternoon.

According to Sgt. Jennifer Ciaccia, the pursuit happened in the downtown area at approximately 3:30 p.m. The suspect vehicle was connected a reported kidnapping of a 16-year-old boy.

During the chase, a crash happened at the intersection of East 9th and Superior Ave. One officer sustained injuries in the collision, however the extent is unknown at this time. The cruiser was struck by a 'civilian vehicle' and a victim of that crash was taken to MetroHealth as a result of the injuries sustained.

Meanwhile, the suspect vehicle fled and two individuals ran in the area of the Hyatt at 200 Euclid. One male was arrested in the parking garage. The second male, originally thought to be a victim of kidnapping, was apprehended at Eddy and Locke after a foot pursuit. Investigators believe the suspect may have taken public transportation from downtown.