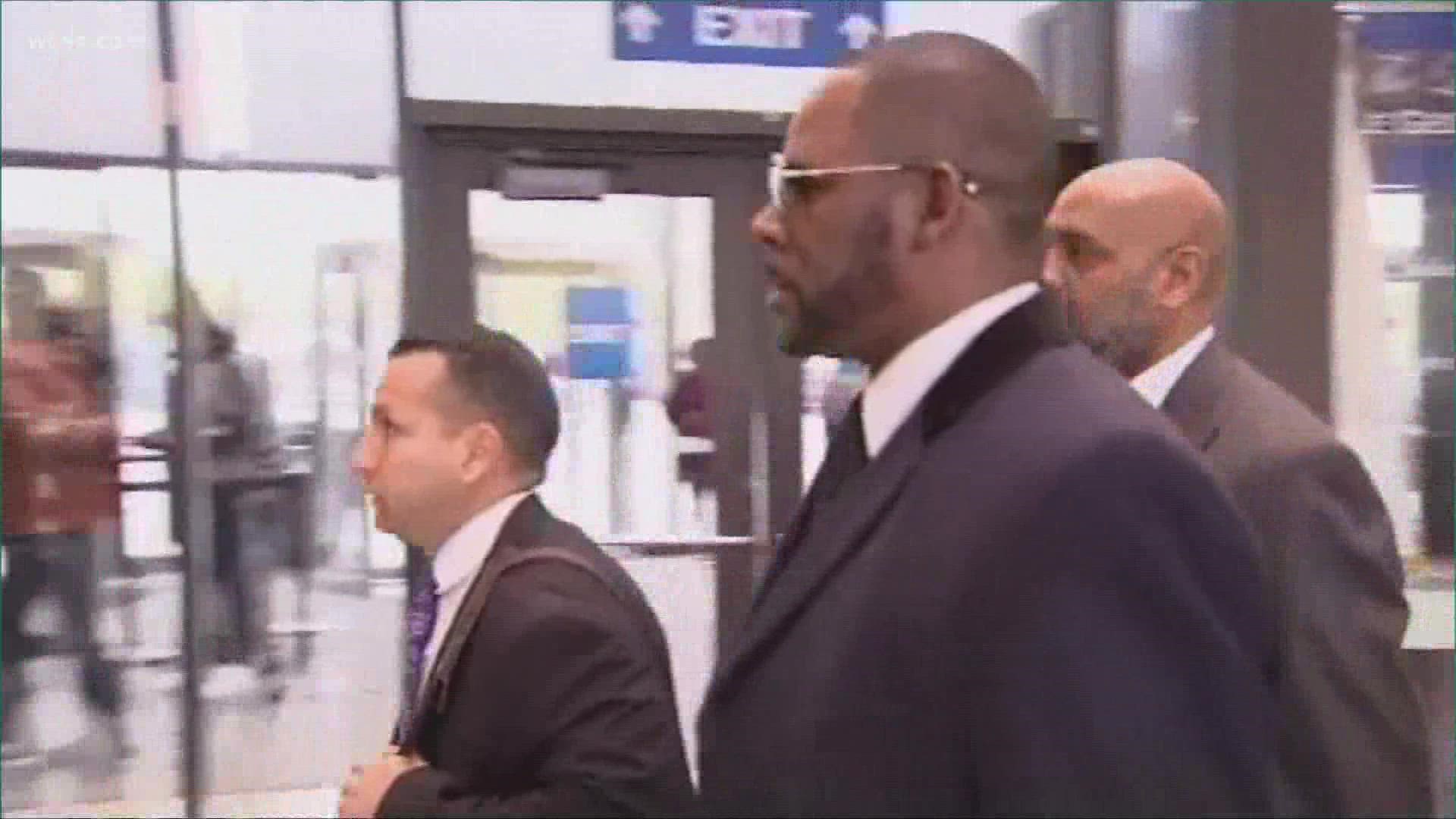 CLEVELAND — R. Kelly is going to prison, and Cleveland's most prominent resource center for survivors of sexual assault is offering some perspective on his conviction.

The disgraced R&B star was found guilty Monday of multiple counts of racketeering and sex trafficking following a weeks-long trial in federal court. He will be remanded until his sentencing next May, and faces up to life behind bars.

R. Kelly's case sent shockwaves across the nation, and his conviction offers hope to survivors of sexual abuse who have felt silenced for too long. Cleveland Rape Crisis Center President and CEO Sondra Miller called the verdict "a clear message that sexual harassment, misconduct and abuse cannot and will not be tolerated even years after the event."

"Today is a big win and significant step toward holding those who commit sexual violence accountable, regardless of their position in the community, their power, their fame or their wealth," Miller said in a statement. "It is my hope that a renewed sense of justice for all survivors is restored especially for women of color who have bravely come forward and faced the shame, blame and harassment all too commonly faced by survivors."

One of the best selling artists in R&B history, R. Kelly had long faced accusations of sexually abusing young girls, but it wasn't until the 2019 documentary series "Surviving R. Kelly" that the allegations finally reached a wide audience. Dozens of women later came forward with their own claims, helping the U.S. Department of Justice deliver a lengthy indictment that eventually put the final nail in his ravaged reputation.

To Miller, the story of R. Kelly and those he harmed specifically brings to light the issue of sexual assault in the Black community. According to statistics the Rape Crisis Center cited from the American Psychology Association, one in four Black girls are abused before turning 18, but for every 15 Black women who are raped, only one reports being assaulted.

"The stories of this case sadly revealed that for African American women, sexual assault, violence, and systemic racism are incredibly pervasive issues that routinely go unreported and under-addressed," Miller wrote. "This is further exacerbated when acknowledging the unique cultural nuances of young girls in marginalized communities."

If you or someone you know is a survivor seeking help, you can text or call the Cleveland Rape Crisis Center's support hotline at (216) 619-6192 24 hours a day, seven days a week. You can also log on to clevelandrapecrisis.org for more resources.