'I did not do this:' Suspect identified, arrested more than 20 years after Cleveland rape pleads not guilty

The suspect, Bart Mercurio, was arrested in Elyria on Friday for the 1999 crime. 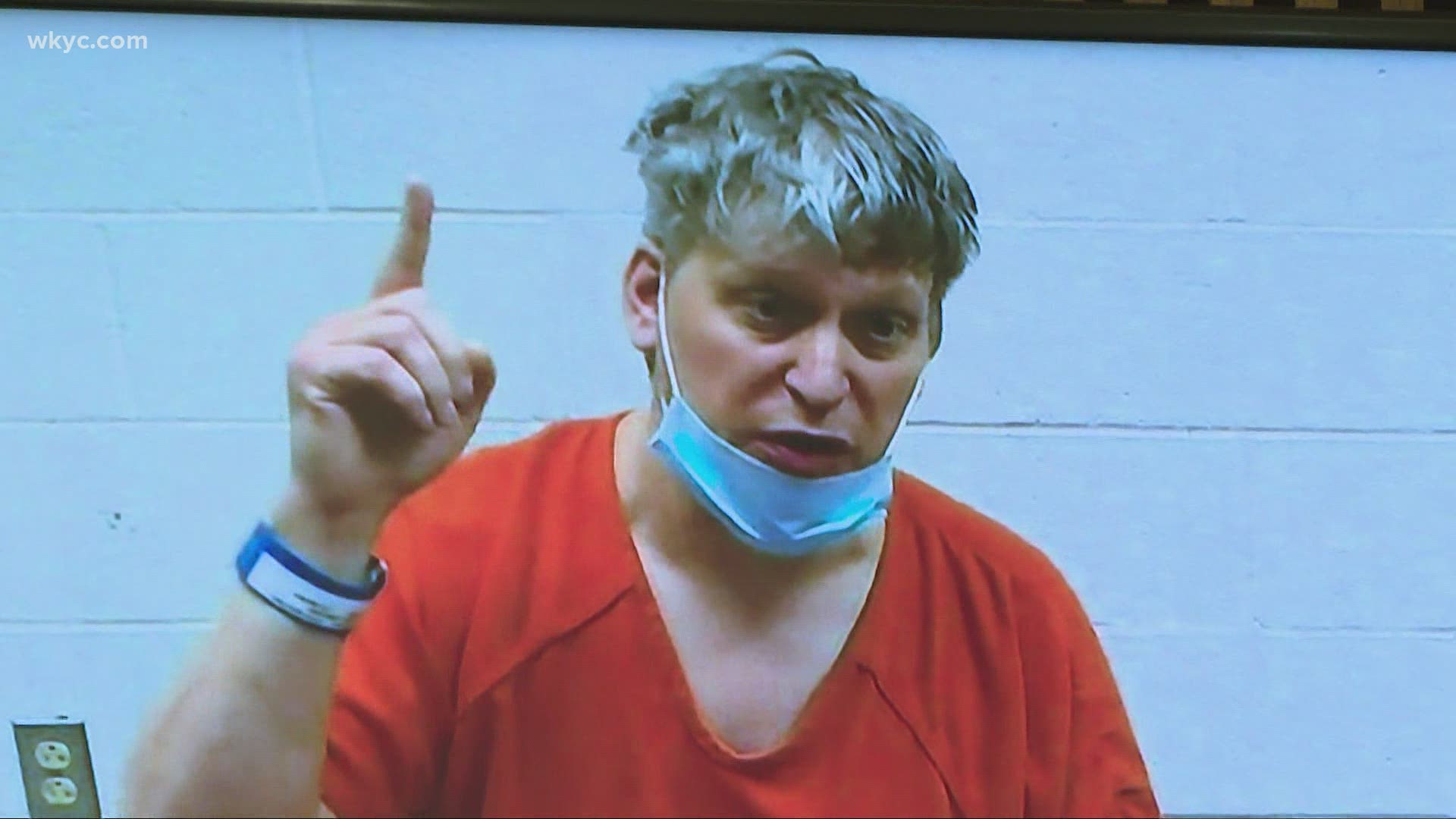 CLEVELAND — A 50-year-old man has been named as the suspect in a decades-old crime involving the rape of a 33-year-old woman.

Cuyahoga County Prosecutor Michael O’Malley said Bart Mercurio was identified as the suspect through the Genetic Operations Linking DNA (G.O.L.D.) unit Mercurio made his first appearance in the case during an arraignment hearing Tuesday morning.

"I did not do this," Mercurio said after pleading not guilty to the charges against him. He was advised not to say anything further.

The judge set bond at $50,000 and ordered Mercurio to remain in Cuyahoga and Lorain counties. The first pretrial hearing in the case has been set for July 15 at 9 a.m.

"I am extremely proud of the dedicated work by all involved that led to this arrest," O’Malley said in a press release Monday. "Although time may have passed, justice will not. It has been a long 22 years for this victim, but we hope today’s news will bring her some comfort in knowing this individual is finally behind bars."

O’Malley’s office said the rape took place on May 6, 1999, as the victim left her house to go for a walk in Cleveland’s Tremont neighborhood.

"When she returned home, Mercurio surprised her inside, grabbed her and struck her multiple times to the point where she lost consciousness. He sexually assaulted her and fled the scene."

In 2013, the prosecutor’s office assembled a task force to investigate leads from the testing of previously unsubmitted rape kits primarily between 1993 to 2011. Since Mercurio’s DNA did not produce any matches in the Combined DNA Index System at the time, it was indicted as “John Doe #133” to ensure the statue of limitations didn’t expire on the following charges:

The G.O.L.D. unit was launched in October of 2020 and contracted with Gene By Gene for a project that included genealogical searches for 20 DNA profiles connected to cold case sexual assaults, according to the prosecutor’s office. The DNA profile for “John Doe #133” was submitted as part of the project, and prosecutors say genetic genealogists were able to connect it with Mercurio.

"You see it on the news. It's working in other places," said assistant prosecutor Mary Weston, who leads the office's cold case unit. "To have that [DNA technology] work here, and to get a name, then to confirm it -- and to know that the DNA is this person -- was exciting and really powerful," she said.

"Investigators then surreptitiously obtained Mercurio’s DNA and sent it to BCI to be tested," O’Malley's office said. "The tests confirmed that the DNA in the victim’s rape kit matched that of Mercurio. The original ‘John Doe #133’ indictment was amended to reflect his name as the defendant and an arrest warrant was issued."

Mercurio was arrested at his Elyria residence on July 9.

Editor's note: Video in the player above was originally published in an unrelated story on July 9, 2021.