Our Lady of Angels School has placed 43-year-old Gregory Kinat on leave pending the outcome of the matter. 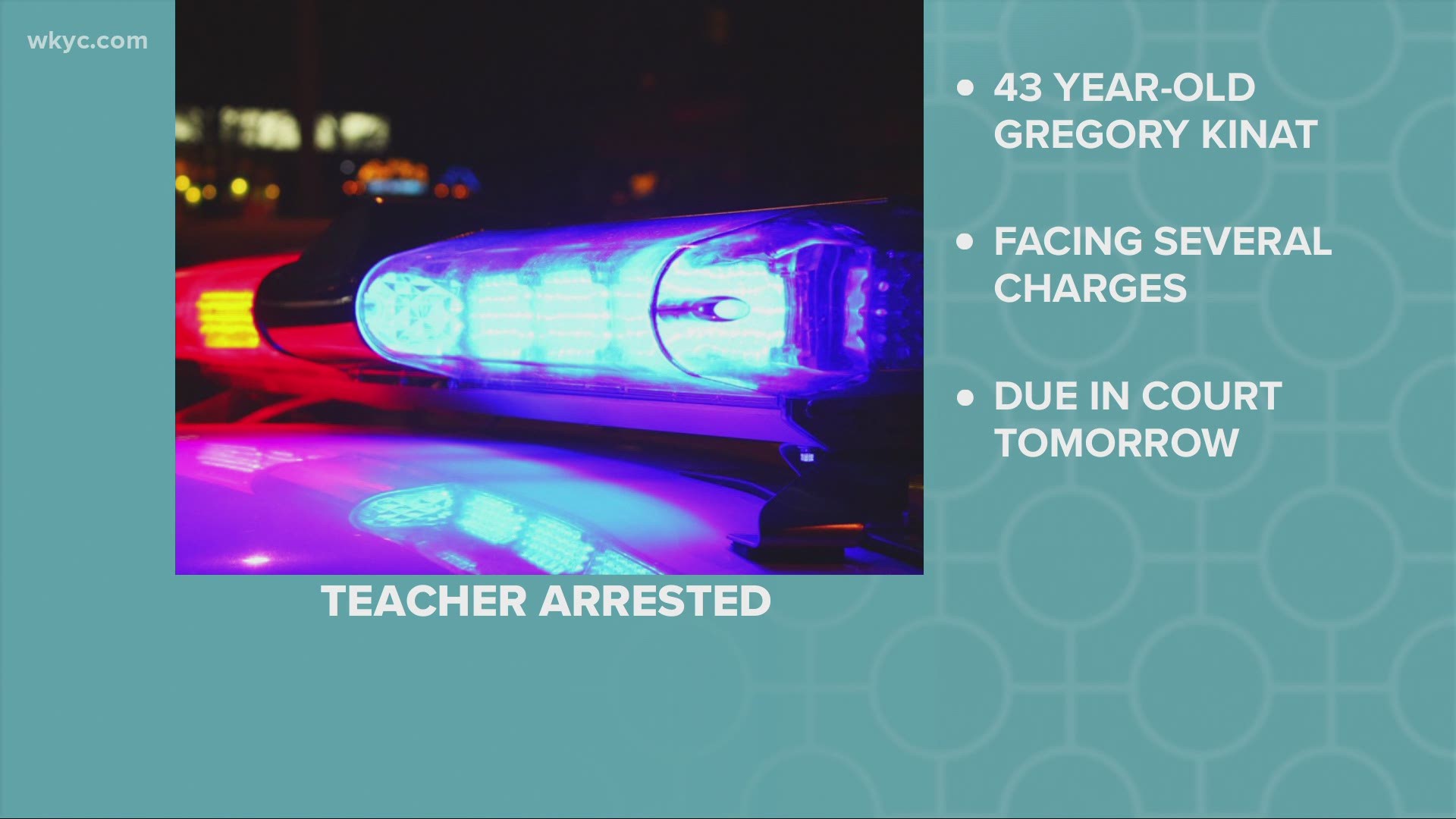 CLEVELAND — A 43-year-old teacher at Cleveland's Our Lady of Angels School has been arrested for having what authorities say were sexually explicit conversations with an undercover officer posing as a 15-year-old girl.

Between January 27 and February 3 of this year, the Cuyahoga County Prosecutor's Office says Gregory Kinat was engaging in the sexually explicit conversations with the officer. The conversation was initiated through a popular social media application.

Investigators were able to obtain a search warrant for Kinat's cellphone. Then on Monday, Task Force investigators, along with Berea Police Department officers, detained Kinat outside his residence on Berea Street near Fifth Avenue and seized his cellphone and a computer.

He was arrested and was transported to the Cuyahoga County Jail. Initial charges were filed against Kinat include:

On Monday evening, the Catholic Diocese of Cleveland issued the following statement:

Our Lady of Angels School (Cleveland) and the Catholic Diocese of Cleveland were shocked and disturbed to learn of the arrest of the music teacher of Our Lady of Angels School at his home this morning on charges related to communications he allegedly had with a person he believed was a minor.  According to a law enforcement official who spoke with school and diocesan representatives, the conduct that lead to the teacher’s arrest did not involve any of the students at the school or in fact any actual minor.  After being notified of the matter, the school immediately placed the teacher on leave pending the outcome of the matter.

Our Lady of Angels School and the Diocese of Cleveland are truly grateful for all the work done by law enforcement to investigate and prosecute crimes against children and are dedicated to protecting the children entrusted to their care. In accordance with diocesan policy, school teachers, staff, and volunteers undergo an Ohio Bureau of Criminal Investigation & Identification criminal records check and are required to complete child abuse awareness and prevention training through the VIRTUS program, which is a nationally recognized child abuse awareness and prevention program.

Kinat is currently being held on a $15,000 bond. He is scheduled to make his initial court appearance on Tuesday, February 9 at 8:30 a.m. at the Cuyahoga County Justice Center.

The case remains under investigation and will be presented to a grand jury.

“We urge parents to please monitor your children’s internet activity and report any and all inappropriate incidents," Cuyahoga County Prosecutor Michael O’Malley said in a statement.