Shayla Harris will not be eligible for parole until at least 9 years have been served. 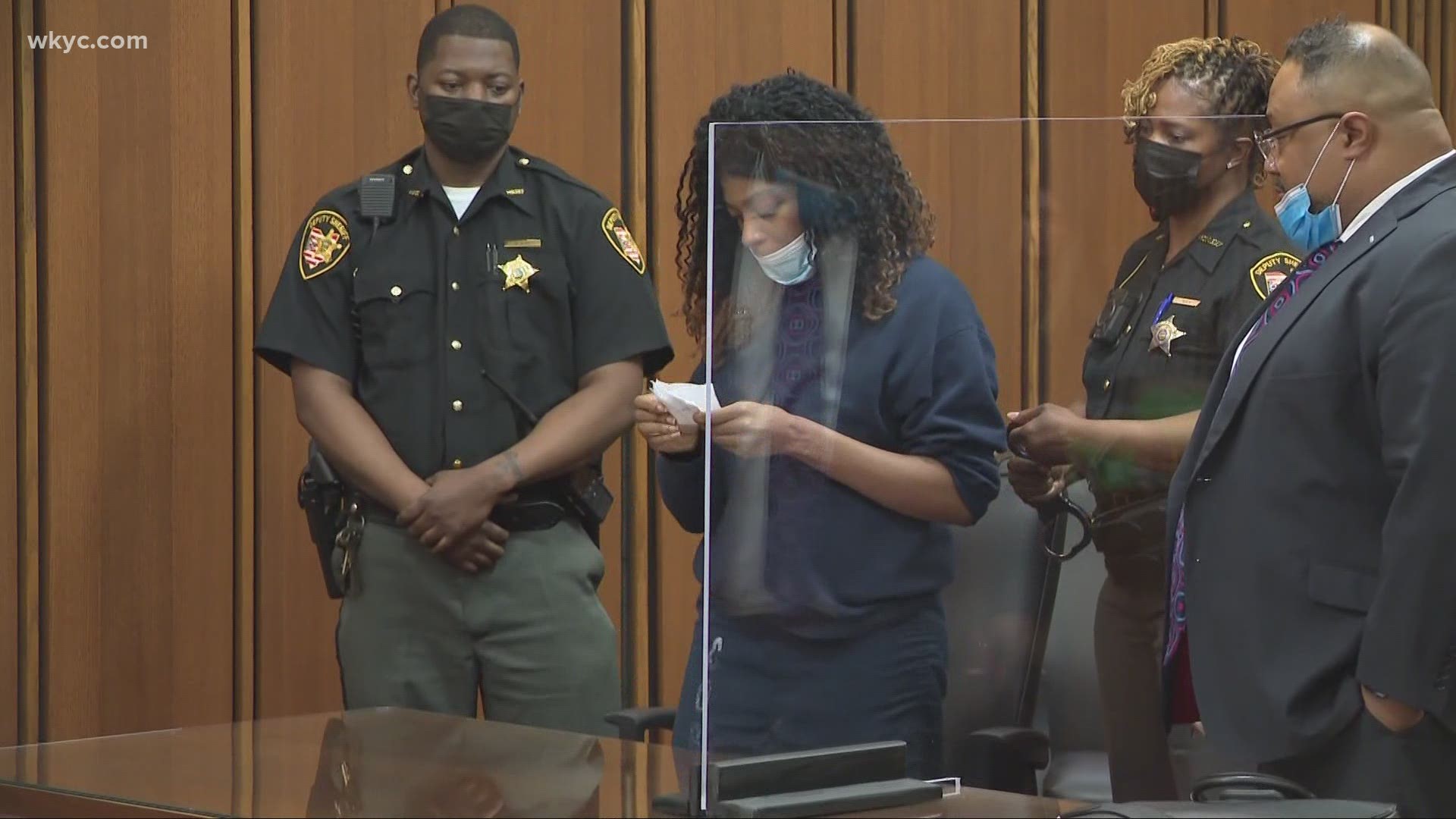 CLEVELAND — A Cleveland woman was sentenced to prison on Monday for a string of hit-and-run incidents taking place from Westlake to Bay Village last year.

Shayla Harris was sentenced to 9 to 13 ½ years in prison for hitting four people and two dogs on three different days in April of 2020. Harris will not be eligible for parole until at least nine years have been served.

Police were first called on April 4 to a home on Caroline Circle for a 22-year-old woman who was hit by a car while she was walking to the mailbox.

The second incident happened on April 7 when police were called to Cahoon Road for two people who suffered serious injuries after being hit by a car while walking their dog.

The woman who called 911 said she and her friend ran into a nearby apartment complex because it looked like the vehicle was "coming back." She told the dispatcher she was bleeding from her head and that her back hurt as she was walking to the officer who came to the scene.

Listen to the 911 audio in the player below; 3News has edited out personal information:

While on scene, police were able to get a description of the vehicle and spotted it in the area of Dover and Dominon. Authorities questioned then 24-year-old Shayla Harris, who had visible damage to her car, and later arrested her. Harris stated the damage was done to her car after she hit a deer.

While in custody, Harris also apparently admitted to hitting a fourth person, a 52-year-old Westlake resident who was walking his dog in Bay Village on April 1. No injuries to any dogs were reported.

During Monday's court session, prosecutors presented GPS evidenced that showed the route driven by Harris on three separate occasions while she was "looking for victims." The video showed Harris swerving at her victims and returning to look at them once they had been hit.

Also in court, one of the victims alleged that heinous threats were made against her and her unborn child by Harris via social media. Those instances are being investigated and more charges could follow pending the outcome of the investigation.

Stay with 3news for updates as they become available.