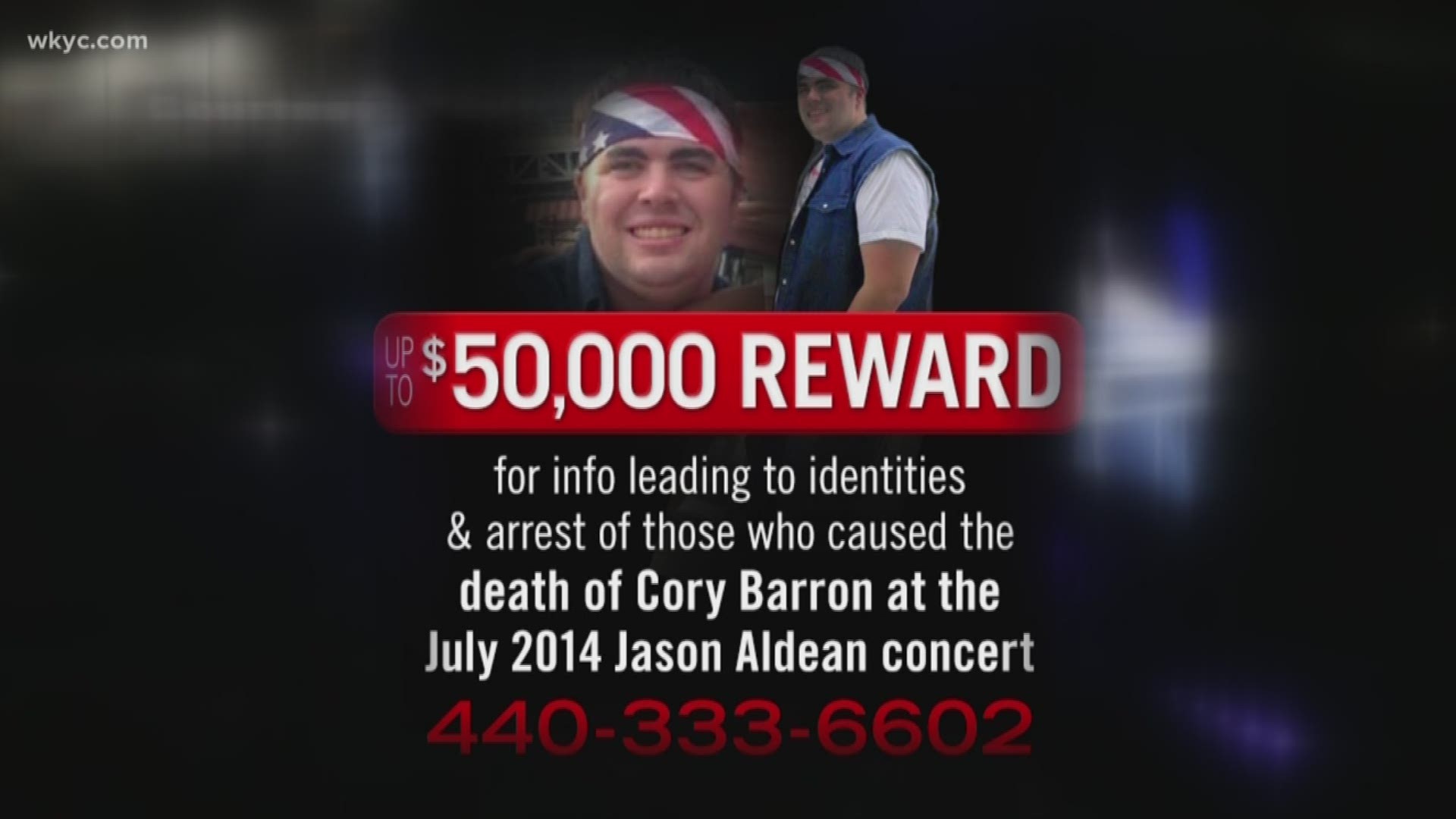 CLEVELAND — He died five years ago this summer at a country concert at Progressive Field. Today, his family is doubling down for answers.

Cory Barron’s family has hired a detective, established a hotline, and is now offering $50,000 for information that leads to an indictment in their son’s death.

It is an offer they have put in writing.

Their message now appears on Lamar billboards across Northeast Ohio.

“We’re going to continue to do these billboards sporadically over the next couple of months at different locations in an effort to generate some interest,” said Dick Wrenn, a private investigator hired in the case, who believes that someone is hiding a secret.

“Cory was not a fighter, he had no history of being a fighter,” Wrenn said. “There were too many people milling around in that location for someone to not have seen something.”

In July 2014, Barron, who had been drinking, went into a back room during a Jason Aldean concert and fell down a garbage chute.

Days afterward his body turned up at a landfill in Oberlin.

At the time investigators said there were no signs of foul play, though Barron’s family has always felt otherwise.

“We believe that somebody hit him in the head, kicked him in the ribs, picked him up and dropped him down that chute,” Wrenn said.