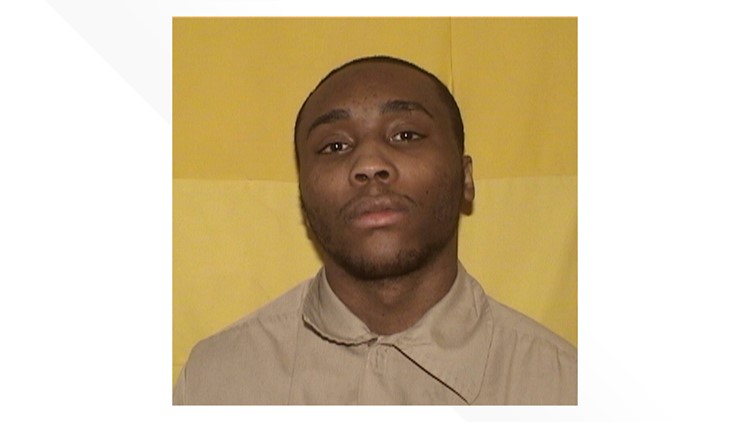 MANSFIELD, Ohio — A Mansfield man serving a life sentence for murder was denied a fair trial because a judge needlessly barred the public from attending his trial following a near-brawl that broke out in a hallway during his trial last year, an appellate court ruled.

As a result of the unanimous decision by the Fifth District Court of Appeals, Richland County prosecutors will have to try Khairi Bond a second time for the murder of 32-year-old Nolan Lovett.

Bond, 24, is currently imprisoned at the Richland Correctional Institution. He was sentenced by Common Pleas Judge Brent Robinson to life in prison with parole eligibility after 18 years after a jury convicted him in March of murder and a gun specification.

For now, the appellate decision erases his conviction and sets up a potential second trial.

Richland County prosecutors were not immediately available for comment Wednesday and it is unclear if they will file an appeal to the Ohio Supreme Court.

It was Judge Robinson who closed his courtroom to the public for the last several days of Bond’s trial in March, court records show. His decision came after an altercation broke out as the courtroom gallery spilled into the hallway during a recess following the testimony of a prosecution witness on March 20, the trial’s third day.

Afterward, Robinson issued an order allowing only immediate family members of Bond and Lovett to attend the trial.

“Everyone needs to be on their best behavior, or we won’t have anybody watching,” Robinson told the families in announcing his decision.

The decision apparently did not apply to a reporter for the Mansfield News Journal, who wrote the courtroom seating gallery dwindled from 28 onlookers to six following Robinson’s order. The trial ended March 25.

Courts in the U.S. are presumed open to the public under the Sixth Amendment in order to ensure a defendant receives a fair trial. Closures, however rare, are allowed only under some circumstances.

In a 13-page, 3-0 decision released last week, appellate Judge W. Scott Gwin wrote Robinson’s decision to close the courtroom was “overly broad” and that there were no apparent attempts by the judge to bolster security or take other measures before closing his courtroom.

Gwin wrote there were no other altercations, and no determination of who was involved in the “argument” that ended quickly and only resulted in damage to an M&M candy machine.

He added, “The record does not show that any potential witness was in fear of retaliation or in need of protection.”

“We cannot agree with [Robinson’s] decision conclusion that an argument in the hallway during a recess affected the integrity of the proceedings in such a way that closing the trial to the general public became necessary,” Gwin wrote for the majority. “Otherwise, a trial court could close the courtroom to the public for nearly every minor disturbance.”