Deputy hit by suspect fleeing in vehicle released from hospital

Deputies were serving a warrant when a deputy was hit by a suspect who was attempting to flee. 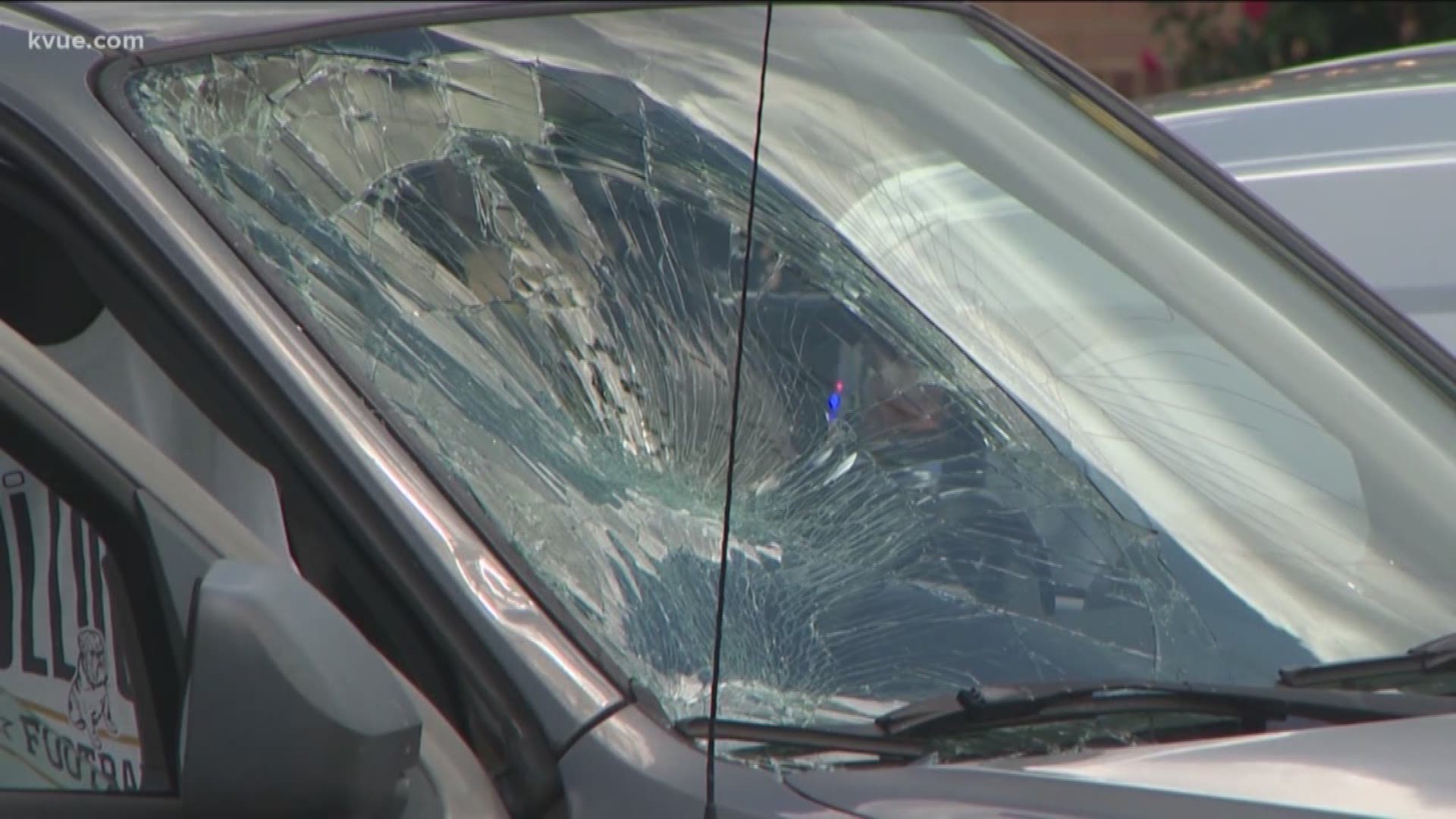 AUSTIN, Texas — A Travis County Sheriff's Office (TCSO) deputy has been released from the hospital with no critical injuries after being hit by an SUV driven by a suspect fleeing arrest.

Last week, members of the TCSO SWAT team were on duty at the Travis County Adult Probation Office located at 10409 Burnet Rd. At around 1:20 p.m., Deputies Pyle and Millers were notified by a probation officer that a suspect with a warrant – later identified as 25-year-old Preston Marcel Molina – was in the office but was leaving. The deputies ran out to the parking lot.

Millers called out that Molina was at a vehicle. Pyle ran to the vehicle and heard it start up. He told Molina to stop, but Molina put the vehicle in reverse. The vehicle accelerated, and Pyle noticed the tires spinning. It appeared to him that Molina didn't have control of the vehicle, and he saw it swerve toward Millers, an affidavit said. The vehicle reportedly struck Millers and Millers fell to the ground.

Pyle chased the vehicle on foot as it continued toward the lot's exit at Burnet. Molina was identified and arrested. A front-seat passenger, 73-year-old Francisco Molina, was also detained.

An investigating officer arrived on scene and was informed Millers had been taken to a hospital. They observed a silver-colored 2009 Ford Escape SUV in the driveway at the exit with a windshield smashed on the right side, the right windshield wiper broken and the antenna bent backward.

Investigators looked at surveillance video and other TCSO detectives conducted interviews to get more information on the incident.

Francisco Molina told a detective that after the vehicle struck Millers, Preston Molina continued driving away, and when he had to stop for oncoming traffic on Burnet, Francisco removed the keys from the ignition so he couldn't go any further.

Investigators interviewed Preston, who allegedly said his probation officer told him he was going to go to jail for a warrant, so he ran out into the parking lot. He got into the SUV to drive away. He said he turned the vehicle away from Millers, but after striking him, he continued driving away and said he realized it was over for him and that he shouldn't run. He didn't mention Francisco removing the keys from the ignition.

The investigating officer mentioned the surveillance video, where it appeared Preston drove the SUV directly at Millers. Preston said as Millers was running toward him, Preston had lost control of the SUV before it hit Millers.

Police believe Preston was intentionally trying to get away from the deputies.

Preston has been charged with first-degree felony aggravated assault on a public servant. His bail is set at $50,000.

Deputy Millers was released from the hospital on Monday.

"He’s pretty banged up, and he’s still experiencing a lot of pain, but he’s doing well under the circumstances," said Craig Smith, a law enforcement major with TCSO, said at a press conference Wednesday evening. "In between moans of pain, he was still his normal self. So I know that he’s going to pull through this, and he’s going to be OK."