Since April 2012, Patti Harvill's family was left wondering who killed their beloved relative, and why. It took the murder of another person to make an arrest in the case. 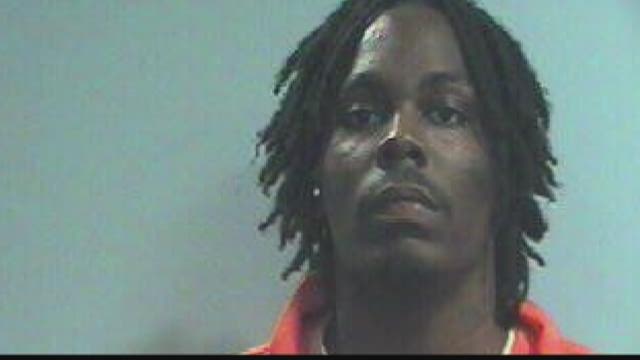 It's a murder that has gone unsolved for more than five years. Now, a DNA match may lead to answers. So far, it's put a great-grandmother's suspected killer behind bars.

Since April 2012, Patti Harvill's family was left wondering who killed their beloved relative, and why. It took the murder of another person to make an arrest in the case.

October 2014, Lexington, Kentucky: A 50-year-old man was bludgeoned to death inside an old carwash. Kavion Thomas, 24, was one of three men charged. Thomas was found guilty of murder and sent to prison. His DNA was sent to a national database, used for linking violent crimes.

Then just last week, a grieving north St. Louis County family got a call. There had been a DNA match linking Thomas to the DNA at Patti Harvill’s crime scene.

According to charging documents, Thomas entered Harvill’s Berkeley home in April 2012 and beat her to death. Exactly 5 years and 3 months later, he was charged with first-degree murder.

"I was relieved but I was mad, I'm mad. When I see this face and just wonder, why would this 22-year-old kill her? What did she have that he wanted?" said Vicki McNamee, sister of the victim. Another sister, Cyndy Kleeschulte, added, “I think we have more questions now than the day she was found murdered."

For this large family of 11 siblings, including Harvill, the days and weeks since her murder felt like an eternity. McNamee said, "I did not sleep for the first two years. Any time I closed my eyes, I saw her laying there."

Now, with a suspect in custody, these sisters say they'll rest easier at night, but grieving Harvill's loss will never end. Kleeschulte explains, "I still don't think we'll have closure, because we'll never get the answers we're asking for."

Kavion Thomas remains in jail, in lieu of a $500,000 bond. A spokesperson for the St. Louis County Prosecutor tells 5 On Your Side additional charges could be presented to the Grand Jury once the investigation is complete.