Two of the victims were described as having 'serious' injuries. 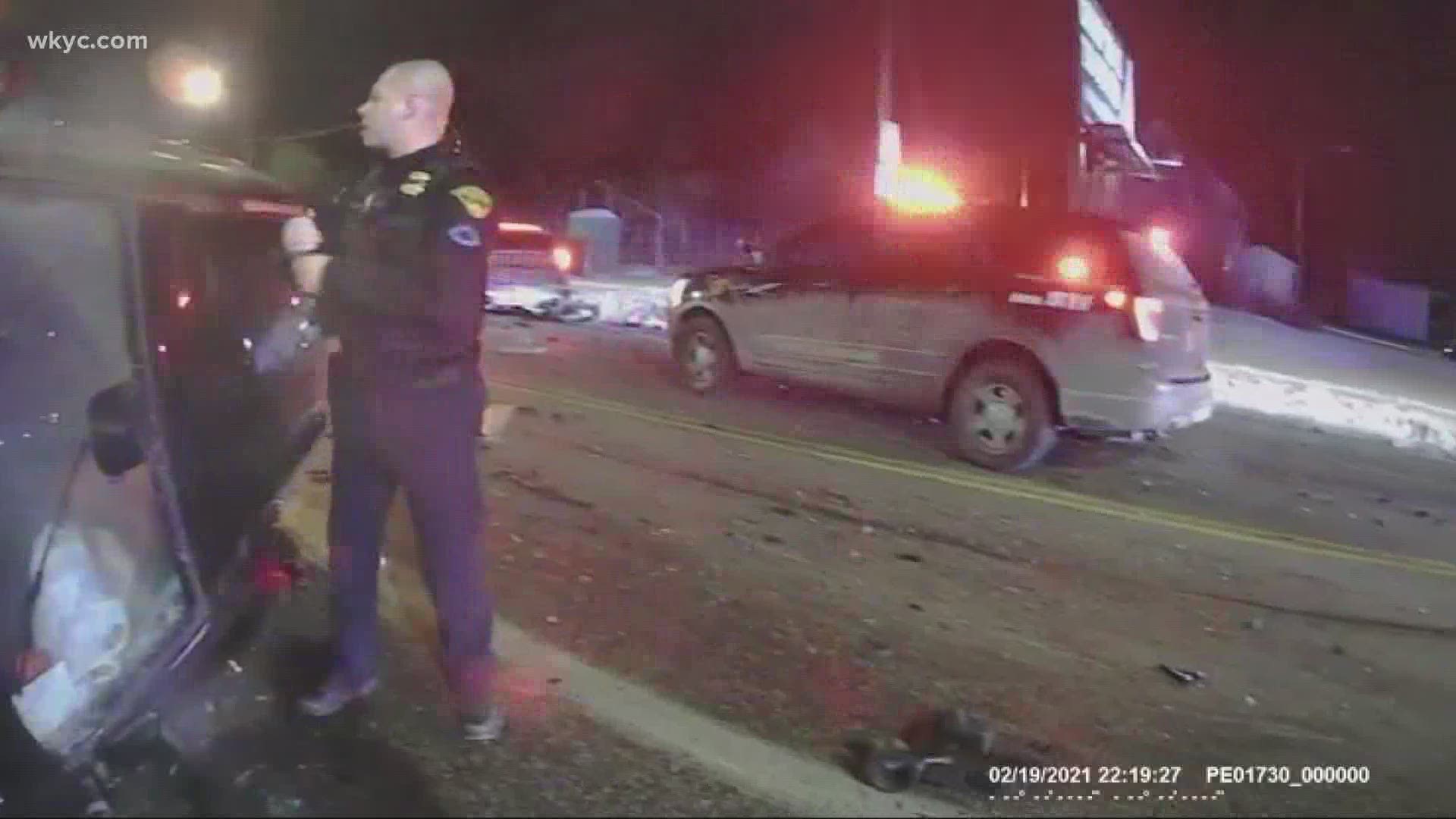 EAST CLEVELAND, Ohio — Two people have been arrested and several others were taken to the hospital following a police chase that began in East Cleveland and ended with a multi-car crash Friday night.

Officers said they saw the suspect vehicle speeding through a stop sign at Eddy Road and Hayden Avenue and turned their sirens on to pull it over. When the car didn't stop, a pursuit occurred from Hayden to Superior Avenue headed southbound, with the car apparently swerving in and out of traffic.

The chase continued into Cleveland and once the suspects crossed over East 105th Street, speeds reached 80 miles per hour and officers decided to terminate the pursuit. However, they later learned the suspect vehicle crashed "seconds" before they did so, and that multiple cars were involved.

Once on scene, authorities were able to apprehend both suspects as they attempted to run away. The driver faces multiple charges regarding the chase along with firearms charges related to a gun in the car that police say he admitted was his. The passenger was turned over to the Cleveland Division of Police on an outstanding felony warrant for his arrest.

The driver was taken to University Hospitals Cleveland Medical Center with a possible concussion. Four other innocent bystanders were taken to the same location with various injuries, including two whose wounds were described as "serious" by East Cleveland Police. One woman's vehicle even caught fire and she had to be rescued from it by officers before Cleveland firefighters arrived.

Please stay with 3News for updates as this story develops.