$25,000 reward offered in death of 17-year-old boy killed in Cleveland

Authorities say Eric Hakizimana was at a traffic light when an unknown suspect violently pulled him from the vehicle. 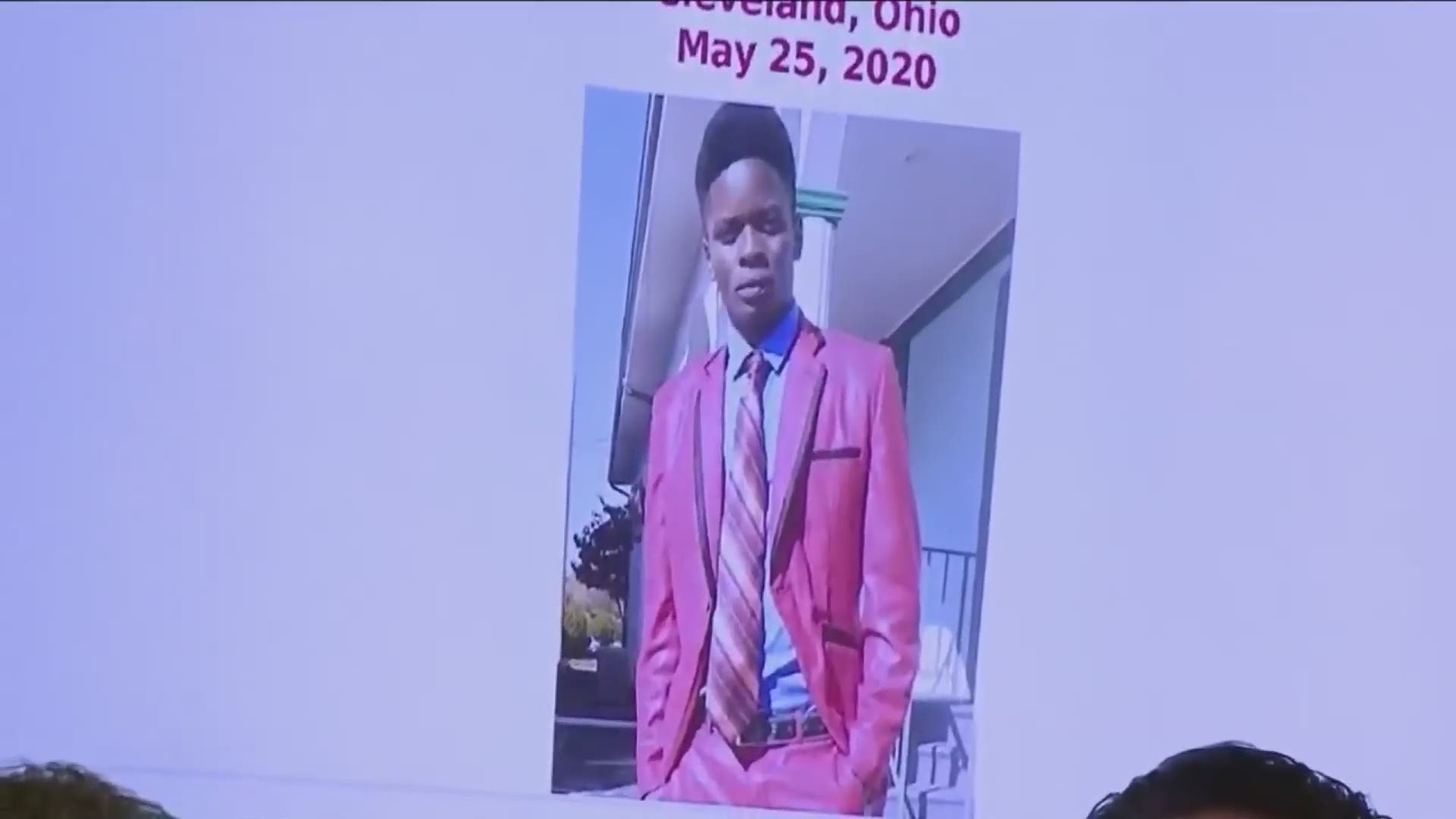 CLEVELAND — As Cleveland authorities introduced the launch of "Operation Legend" -- a violent crime reduction effort in the city -- they also announced a $25,000 reward regarding the murder of a 17-year-old boy.

Officials with the Cleveland Division of the FBI are asking for the public's help in finding the person(s) responsible for the May 25 shooting, which claimed the life of Eric Hakizimana as he stopped at a traffic light at the intersection of W. 80th and Detroit.

Eric Smith, Special Agent in Charge of the Cleveland FBI, discussed details of the teen's death during a press conference Wednesday morning.

"Eric was violently pulled from his vehicle, shot and left to die on the streets of Cleveland. His murderer then drove away in Eric’s vehicle.”

Eric was returning home from soccer practice when the incident took place.

“An innocent person obeying a traffic signal, he was almost certainly a victim of being at the wrong place at the wrong time," Smith added.

It's believed the shooter was fleeing the area after killing a man in front of his residence on West 83rd Street.

Anybody with information is asked to call the Cleveland Division of the FBI at 216-622-6842. Tipsters can remain anonymous.

The $25,000 reward will be offered through Operation Legend for information leading to the successful identification and prosecution of those responsible in the teen's death.

"It is vital that law enforcement and the community continue to work with one another to ensure dangerous and violent criminals are held accountable in the court of law," Smith said.