Anyone with information regarding their identities or whereabouts is asked to immediately call (877) 324-6446. 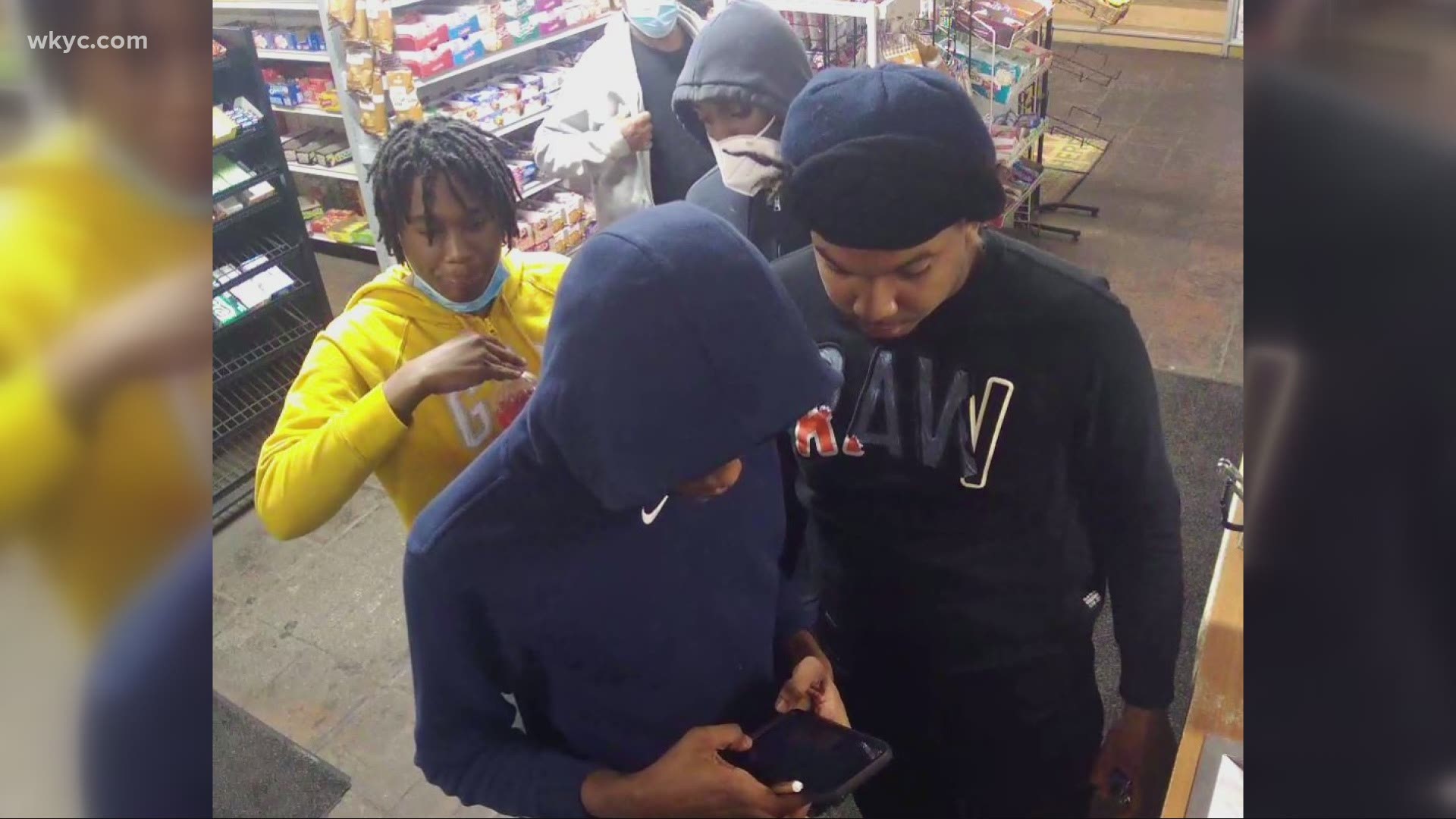 CLEVELAND — The FBI is seeking information on four suspects believed to be involved in multiple carjackings across Northeast Ohio over the last three weeks.

Officials say the first alleged crime occurred back on April 28 in Cleveland, and the most recent took place early this past Sunday morning in Willoughby. All told, eight vehicles have been stolen, and multiple victims have either been assaulted or had guns pointed in their faces (or both).

So far, four of the cars have been recovered in East Cleveland, but authorities are still trying to identify the suspects. Surveillance footage shows the group of males at a local convenience store, and all are believed to be in their late teens to early 20s. One is approximately 6-foot-2 with dreadlock-style hair, while the other is about 5-foot-8 with a skinny build and a short fade.

Police departments from Cleveland, East Cleveland, Willoughby, Brooklyn, South Euclid, Euclid, and Cleveland Heights are all assisting the FBI in their search for the perpetrators. Anyone with information regarding their identities or whereabouts is asked to immediately call (877) 324-6446. Tips can remain anonymous and reward money is available for information leading to the suspects' prosecution.