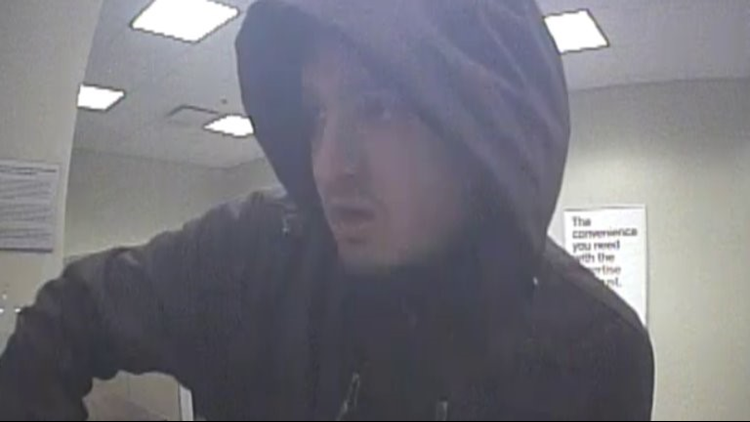 Photo by: Cleveland Division of FBI

CLEVELAND — The Cleveland Division of the FBI is searching for the man who robbed the KeyBank on Bagley Road in Middleburg Heights on Friday.

The robbery happened around 3:45 p.m. The suspect verbally demanded money from two tellers, who provided him with an undisclosed amount of cash.

No injuries were reported in the robbery. The suspect was not seen carrying a weapon.

The suspect is described as being between 5'8" and 5'10", with a medium build, and a goatee without a moustache.

He was wearing a black jacket with the hood up and grey cloth gloves.

Anyone with information on the identity of this individual should call the Middleburg Heights Police Department, the Cleveland Division of the FBI or Crime Stoppers.

Reward money is available for information leading to the successful identification and prosecution of the individual responsible. Tips can remain anonymous.