A grand jury alleges Mills lied to investigators and also failed to properly oversee the jail. 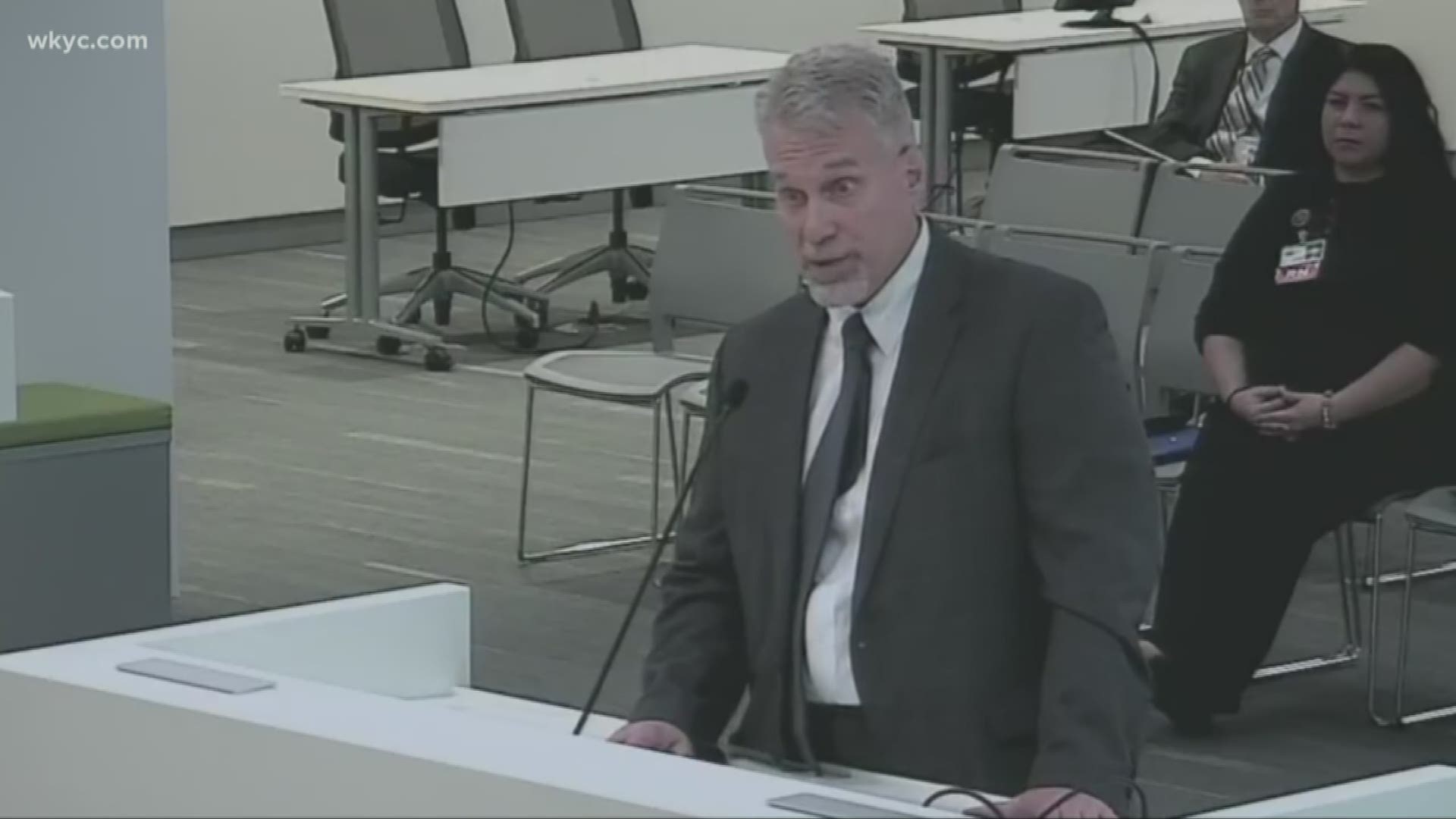 CLEVELAND — A grand jury on Wednesday indicted Ken Mills, the former director of the Cuyahoga County Jail, on new charges stemming from the ongoing scandal at the facility.

The five-count indictment accuses Mills of tampering with records, falsification, and dereliction of duty. The 54-year-old had already been arrested on similar charges back in January.

The filing alleges Mills made the jail "unsafe" by failing to "observe any lawful and reasonable regulation for the management of the detention facility." More specifically, the jury claims he "negligently fail[ed] to provide persons confined in the detention facility with adequete food, clothing, bedding, shelter, and medical attention."

Mills is also accused of lying under oath to the County Council's public safety committee on May 22, 2018, along with falsifying records related to the jail. This is much like (by separate from) earlier charges that said Mills lied to the council about his role in blocking the hiring of necessary nursing staff for jail facilities, before again lying in July to federal and local investigators about his interactions with a "high-level Cuyahoga County official." Mills had resigned before being charged, and has pleaded not guilty.

Following multiple deaths at the jail and whistleblower complaints, several state and federal investigations revealed poor conditions and a lack of care for inmates. Administrators have also been accused of using excessive force against prisoners.

So far, three people have been held criminally responsible in the probe: Former Associate Warden Ken Ivey received a six-month suspended sentence after pleading guilty to lying to investigators and has pledged his further cooperation, while Officers Nicholas Evans and Timothy Dugan each pleaded guilty last week in connection with the beating of an inmate. The latter two are scheduled to be sentenced in December.

Should Mills be convicted of all his alleged crimes, he could face more than a decade in prison. You can read the full indictment below: