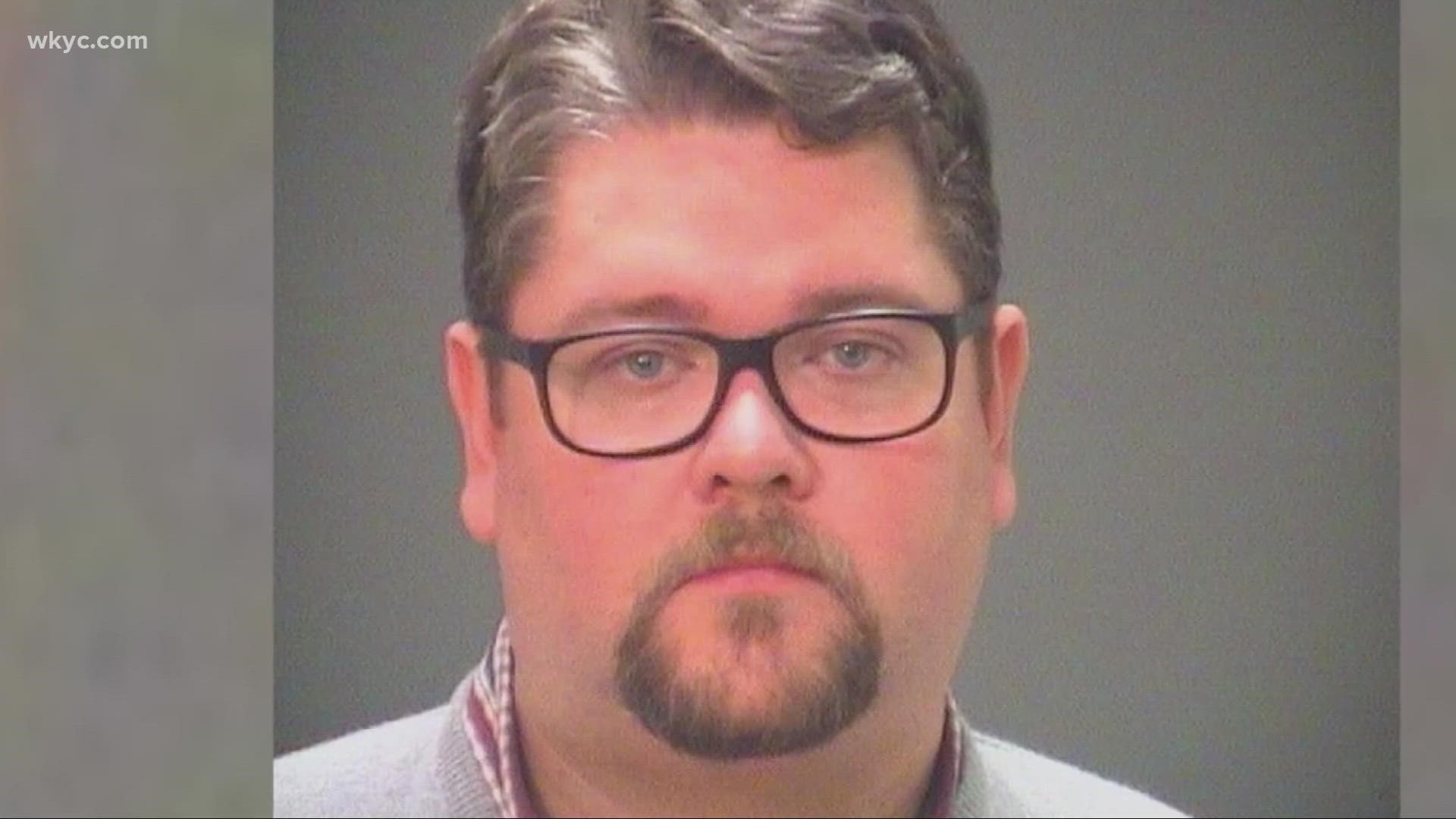 AKRON, Ohio — A Strongsville priest was sentenced today to life in prison for a series of sexual exploitation and pornography crimes involving teenaged boys he befriended and counseled.

Among the crimes committed by Rev. Robert McWilliams involved taking the confessions he heard from a teenaged boy, intimate confidences the priest then used to extort sexually explicit photos.

In other instances, he paid two boys, ages 16 and 13, that he found online to perform sex acts. He also possessed tens of thousands of pornographic images, some depicting toddlers and infants, court records show.

McWilliams was sentenced in U.S. District Court in Akron by Judge Sara Lioi in front of an overflow gallery filled with the family of three victims.

The mother of three Geauga County boys victimized by McWilliams spoke in court before sentencing and called the priest “sadistic” and “evil and diabolical.”

She said McWilliams became a family friend through St. Helen’s Church and manipulated her entire family. He was at the same time anonymously blackmailing her son for photos via texts he sent the boy, including at least once while visiting the family and observing their reactions.

McWilliams has been removed from the Catholic Diocese of Cleveland and has been jailed since his arrest in December 2019.

In court, McWilliams said he intends to formally resign from the priesthood on Wednesday. He apologized to his victims and blamed his crimes to an addiction to pornography. He asked Catholics not to blame the church.

“This is not the church or priesthood…this is me,” he said.

In a 26-page sentencing memorandum filed last week, acting U.S. Attorney Bridget Brennan, for the first time provided the public with the full scope of McWilliams’ crimes against teenaged boys he was trusted to counsel.

Prosecutors say they found reams of child pornography, including hundreds of videos depicting young boys engaged in sex as well as sexually explicit photos of the boys he came to know through his ministry work.

“The Court has the opportunity to bring security to the community-both here in Cleveland and in the larger community on the internet-by ensuring that children do not have to worry about being targeted by a predator such as McWilliams for a very long time,” Brennan wrote. She said a long sentence could “provide the victims and their families with closure by imposing a punishment that assures [McWilliams] will not harm them again.

Prosecutors say McWilliams led the “quintessential double life professing the tenants of Christianity in public while using fake identities and technology to conceal his sexual attraction to minors.”

McWilliams had a normal upbringing in Akron and was never sexually assaulted as a child. But for years, he sexually exploited boys ranging in age from 9 to 18. He was ordained a priest in 2017.

He met victims at St. Helen’s Catholic Church in Newbury Township and later lived at St. Joseph’s in Strongsville, where he was associated with the church’s youth programs. He became close to the St. Helen’s families and was often invited to their homes, parties and sporting events.

Two families complained to Geauga County sheriff’s deputies in 2019 after their teenage sons were extorted online for sexually explicit images of themselves. That led to a raid on St. Joseph’s rectory on Dec. 4, 2019.

Seized during the raid were two laptops, a disc drive, a tablet and cell phone, all of which contained various images, emails and videos depicting child pornography. Images of the teens he counseled were also found in computer files marked as “Yaaaas” and mixed along work-related files labeled “Homilies and Reflections” and “Psalm Bible Studies.”

Prosecutors say McWilliams extorted some teens, using information he obtained during confession, a Catholic sacrament in which believers confess sins and received atonement.

“He is a consumer of child pornography and an extortionist who violated the sacrament of confession to obtain information he later used, under aliases, to seek the production of sexually explicit material from boys he was ‘counseling’ and a juvenile sex trafficker,” Brennan wrote.

Under federal sentencing guidelines, McWilliams could receive a life sentence. Prosecutors are recommending no less than 40 years.

“The lives of child pornography victims are forever changed in the most profound ways,” Brennan said. “And [McWilliams’] life should be changed as well-by spending time behind bars for a sentence commensurate with the harm these victims have suffered and will continue to suffer for the rest of their lives.”

The Diocese of Cleveland released the following statement after the sentencing of McWilliams:

"Today, with the sentencing of Robert McWilliams, let us once again, as a family of faith, offer prayers for all those impacted by his reprehensible actions and ask our loving Father to heal any and all wounds they have suffered. We also thank those in law enforcement and the judicial system who worked so hard to ensure that justice was served and that McWilliams’ wrongdoing was justly punished.  Finally, let us offer our support and thanks to all the good priests of the Diocese of Cleveland who faithfully live out their promises each day in service to God’s people.  For its part, the diocese continues to actively pursue the removal of McWilliams from the clerical state."