Pushing for gun reform in Northeast Ohio: The 2 avenues activists on opposite sides of the aisle are pursuing

Gun reform advocates are calling on gun owners for support, but some gun owners believe more enforcement of current laws is what will bring change. 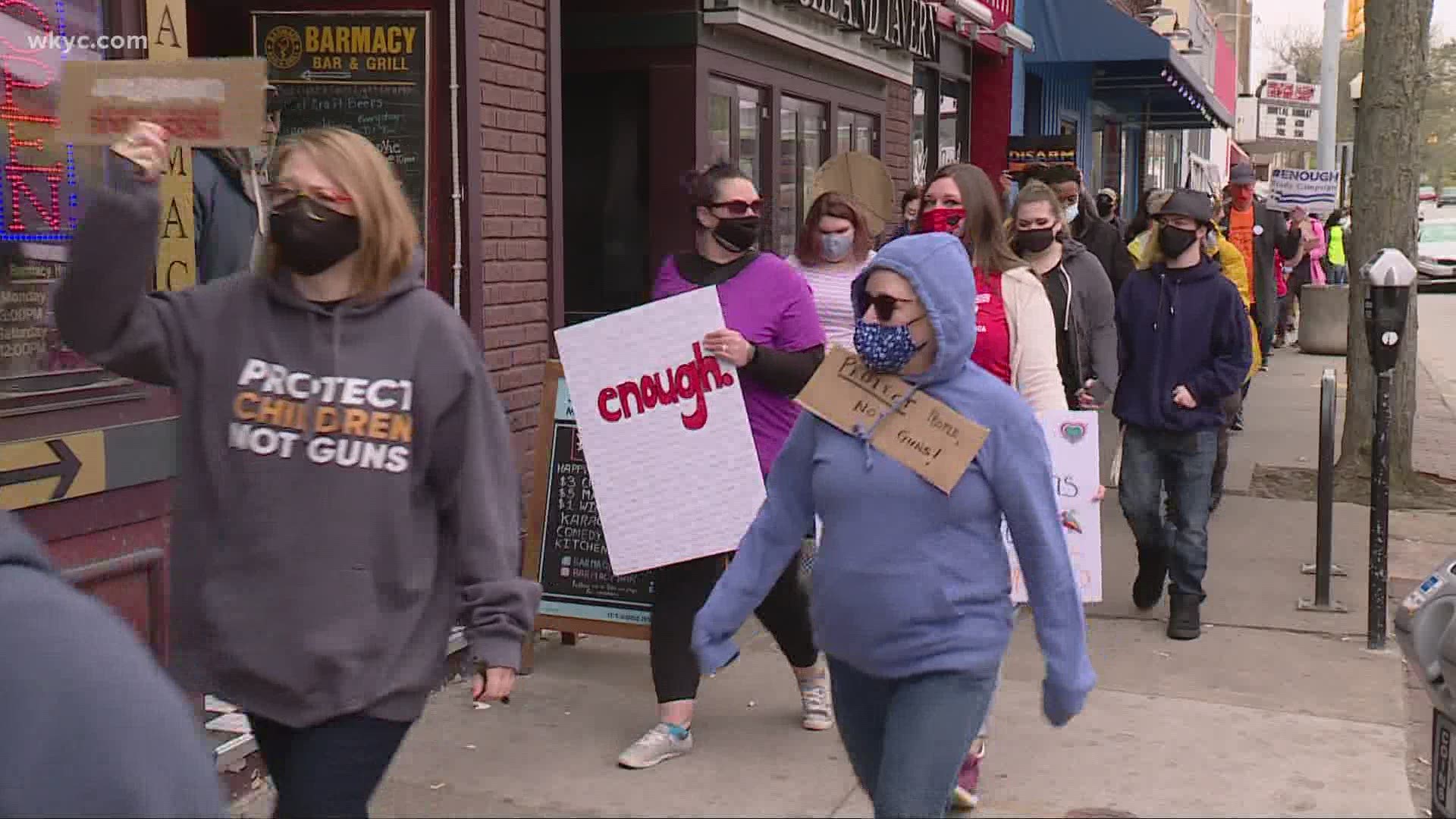 AKRON, Ohio — Following more mass shootings in the Midwest and around the country, Northeast Ohioans continue to press legislators on gun reform, but gun rights activists believe enforcing laws that we already have needs to happen first.

Speaking out against gun violence continues to echo across Northeast Ohio.

"No more blood must be spilt, no more tears must be shed," Cody Cross with "March for Our Lives" said Saturday.

The organization took to the streets of Akron this afternoon to push for gun reform.

"Both our allies and our elected officials...are standing in the way of progress," Cross told 3News.

"This preoccupation with guns...permeates our culture," former Ohio State Sen. Nina Turner, who is now running for the open seat in Ohio's 11th congressional district, added. "Yes, public policy will go a long way, but we've got to get to the matters of the heart and have real conversations about what gun violence does."

Turner and other rally-goers called on gun owners to take a stand for change, too.

"We need responsible gun owners to stand side-by-side with other people in this community and help us do something," Turner said.

Despite the plea for support, some gun rights activists don't see new legislation as a progressive movement.

"In my mind, what needs to be reformed is the government needs to enforce the laws they have on the books," Rob Sexton, legislative affairs director for the Buckeye Firearms Association, countered. "Why would we want to pass more laws if we're not fully enforcing existing laws?"

Sexton believes the rise in gun violence today is all the more reason to fight for the Second Amendment.

"The last thing we need to be doing is stripping firearms away from legitimate gun owners," he said.

According to Sexton, gun rights activists are happy to have a conversation about what needs to change, but believes change doesn't start with legislation; it starts with catching those who are looking to do harm.

"If we did more of that, we might find out that we don't need additional laws that infringe on the law abiding," he said. "We just need to crack down on those who break that law."

This past Monday, Ohio Democrats introduced legislation intended to prevent easy gun access to minors, felons and domestic abusers. Some lawmakers would even like to see tax breaks for responsible gun owners and give judges more power to restrict firearm, but in a Republican-controlled General Assembly, it'll be tough to pass.