How did authorities solve the true identity of Joseph Newton Chandler III?

How did detectives determine his identity after all these years? 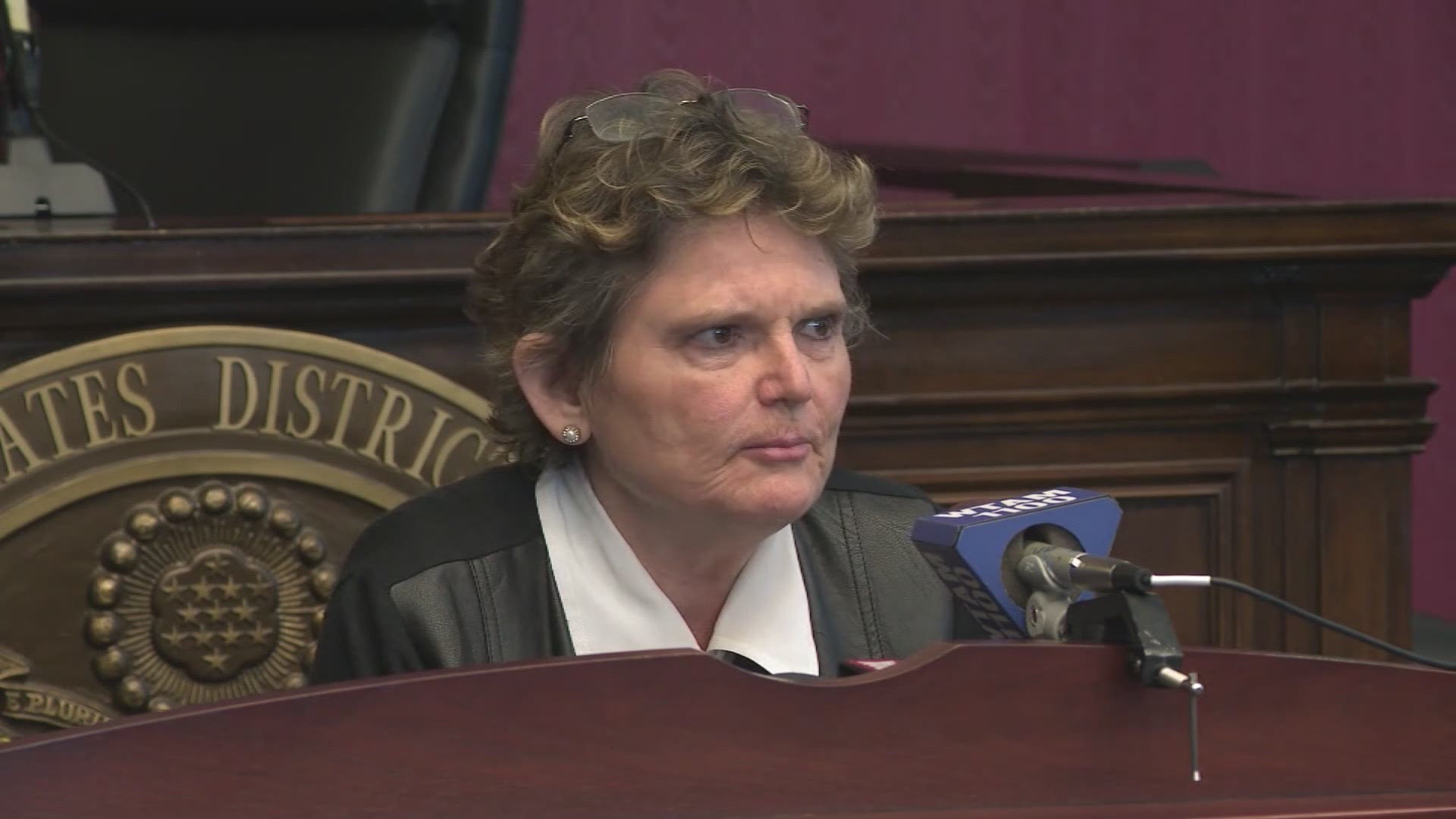 He stumped detectives for decades.

Why did he steal the identity of an 8-year-old boy? How did he end up in Eastlake, Ohio? Why did he take his own life?

Those questions remain but now, authorities at least know his name.

He was Robert Ivan Nichols, of New Albany, Indiana.

In 1978, Nichols used the real Joseph Chandler's personal information to obtain a Social Security card in Rapid City, South Dakota. That September, he moved to Ohio and began working at Lubrizol.

He lived in Eastlake as Joseph Chandler until he took his own life at age 76 in 2002. He locked all the doors to his apartment, turned off the air conditioner and put a gun to his mouth. It took authorities a week to find his body.

When authorities attempted to contact Nichols' next of kin, they discovered he wasn't who he seemed, uncovering his fake identity.

That's where the case began. Who was this man? What could he possibly be hiding from that compelled him to steal a dead boy's identity? Why did he have a suitcase packed and ready to go at all times?

It took 16 years to figure out his name. So how did authorities crack the case?

It all started back in 2000, two years before Nichols died. He visited a hospital, where a tissue sample was taken.

When authorities discovered that Chandler wasn't who he claimed to be, they sent the tissue sample to the Cuyahoga County Medical Examiner to obtain a DNA profile, which received no matches in various databases.

In 2016, U.S. Marshals turned to Dr. Colleen Fitzpatrick and Dr. Margaret Press of IdentiFinders. The pair used Y chromosome genealogy to analyze the DNA and determined that the mystery man's last name was Nicholas, or some variation.

"Dr. Colleen Fitzpatrick and Dr. Margaret Press not only put us in the ballpark of Joseph Newton Chandler, they put us in the exact seat he was sitting in, and then told us who paid for the ticket. And the person who paid for that ticket was Robert Nichols," U.S. Marshal Pete Elliott said.

Fitzpatrick said she took the DNA's Y profile and matched it to a man with the last name Nicholas using a software database. They tested the DNA of others who were descendants of the man's lineage and found matches, but were unable to determine where the mystery man fit within the family.

Listen to Fitzpatrick describe how she worked the case in the video above.

Fitzpatrick and Press formed the DNA Doe Project and determined how they could use genetic genealogy autosomal snip testing to identify John and Jane Does. It's the same type of testing used by popular websites like 23 and Me and Ancestry.com.

The next obstacle surfaced within Nichols' DNA. Since it had been extracted from tissue that was embedded in paraffin for nearly 15 years, only 7 percent of Nichols' genome remained. That eliminated the usual methods used by genealogists when determining adoption cases, meaning new methodology had to be created.

Months later, sequencing was uploaded to a site called GEDmatch and a number of distant matches to third and fourth cousins surfaced. Those results didn't yield many strong leads, so a second round of sequencing was produced from the remainder of Nichols' DNA.

In March, the two files were combined, yielding a new match to a third cousin. That person's family tree was analyzed and eventually led to Alpha and Silas Nichols, parents to Robert Nichols. Soon, researchers realized Robert Nichols had no death date and matched his birth address to a false address used on a rental agreement.

"When we compared those two documents, we said, 'Bingo, we've got him,'" Press said.

Hear Press describe the process she used in the video below. 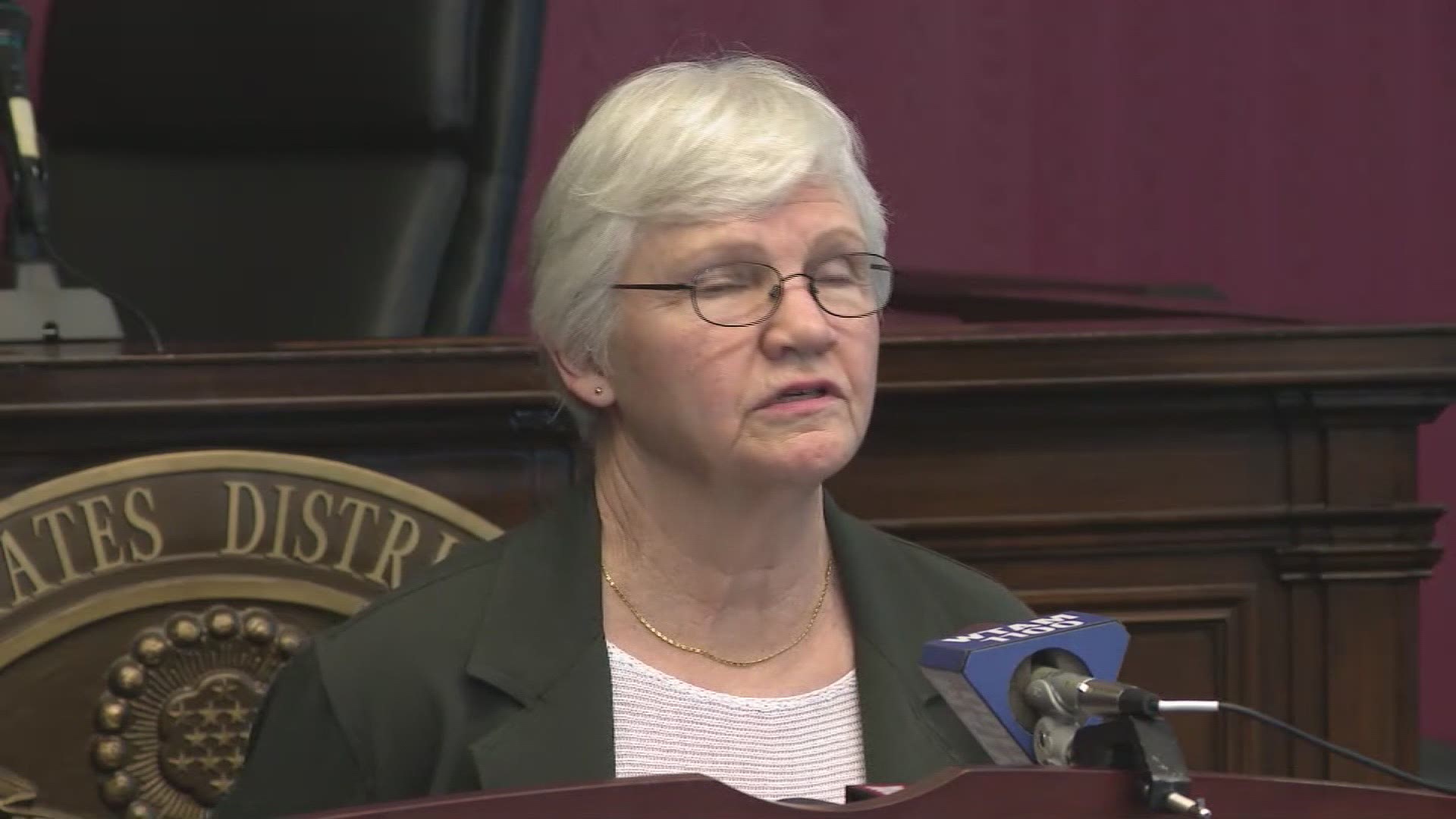 With a last name, U.S. Marshals began the search for the mystery man's family, landing on Phillip Nichols in Ohio in March 2018.

Phillip Nichols provided a DNA sample to the Cuyahoga County Medical Examiner who found a match to the DNA of the man once known as Joseph Chandler.

Soon, Robert Nichols story was pieced together as his son revealed his father served in the Navy in World War II. He was injured when the Japanese bombed the U.S.S. Aaron Ward in 1945. Nichols received a Purple Heart and returned home, where he burned his uniforms, U.S. Marshals said. He filed for divorce in 1964 before moving to Dearborn, Michigan before he ended up in California. His family never heard from him again following his disappearance in 1965.

In 1978, he stole Joseph Chandler's identity in Rapid City, South Dakota and made his way to Eastlake, Ohio, where he lived quietly, but uneasy, according to those who knew him.

He remained in Eastlake as Joseph Chandler, an identity he maintained beyond the grave -- until now.

MORE | With his true identity revealed, what was Robert Nichols hiding?