The theft of 70 firearms at a gun store in Eastlake highlights the number of guns lost or stolen every year. 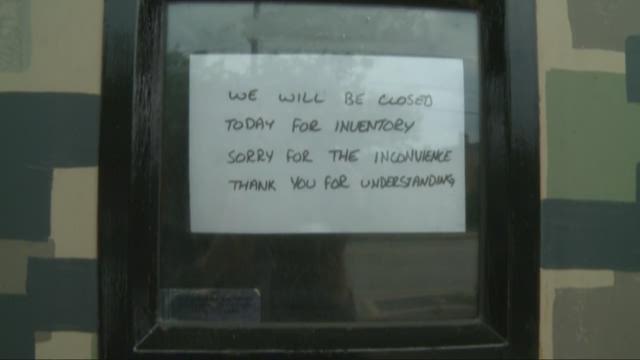 The theft of 70 firearms at a gun store in Eastlake highlights the number of guns lost or stolen every year.

The Bureau of Alcohol, Tobacco, Firearms and Explosives or ATF, the federal agency tasked with tracking firearms stolen from federal firearms licensees or FFLs reported 18,394 guns were stolen or lost across the nation in 2016.

FFLs are those who are licensed by the federal government to do things like buy or manufacture firearms and ammunition. Gun store owners, for example, are FFLs.

These figures exclude guns lost or stolen from private citizens.

Ohio ranks sixth in the nation for lost and stolen guns.

985 guns in the hands of FFLs went missing in Ohio, last year.

ATF is asking for help finding what could be “multiple suspects” who stole at least 70 guns from Sherwin Shooting Sports in Eastlake, early Thursday morning.

According to the Bureau, the suspects forced their way into the Vine St. building around 3 a.m., taking roughly 60 handguns and 10 long guns. ATF is now helping Eastlake Police with the case.

The ATF also reports “The number of firearms stolen during these incidents have also increased.

ATF and the National Shooting Sports Foundation are offering a combined reward of $10,000 for information leading to the suspects' capture.