He could face the death penalty if convicted. 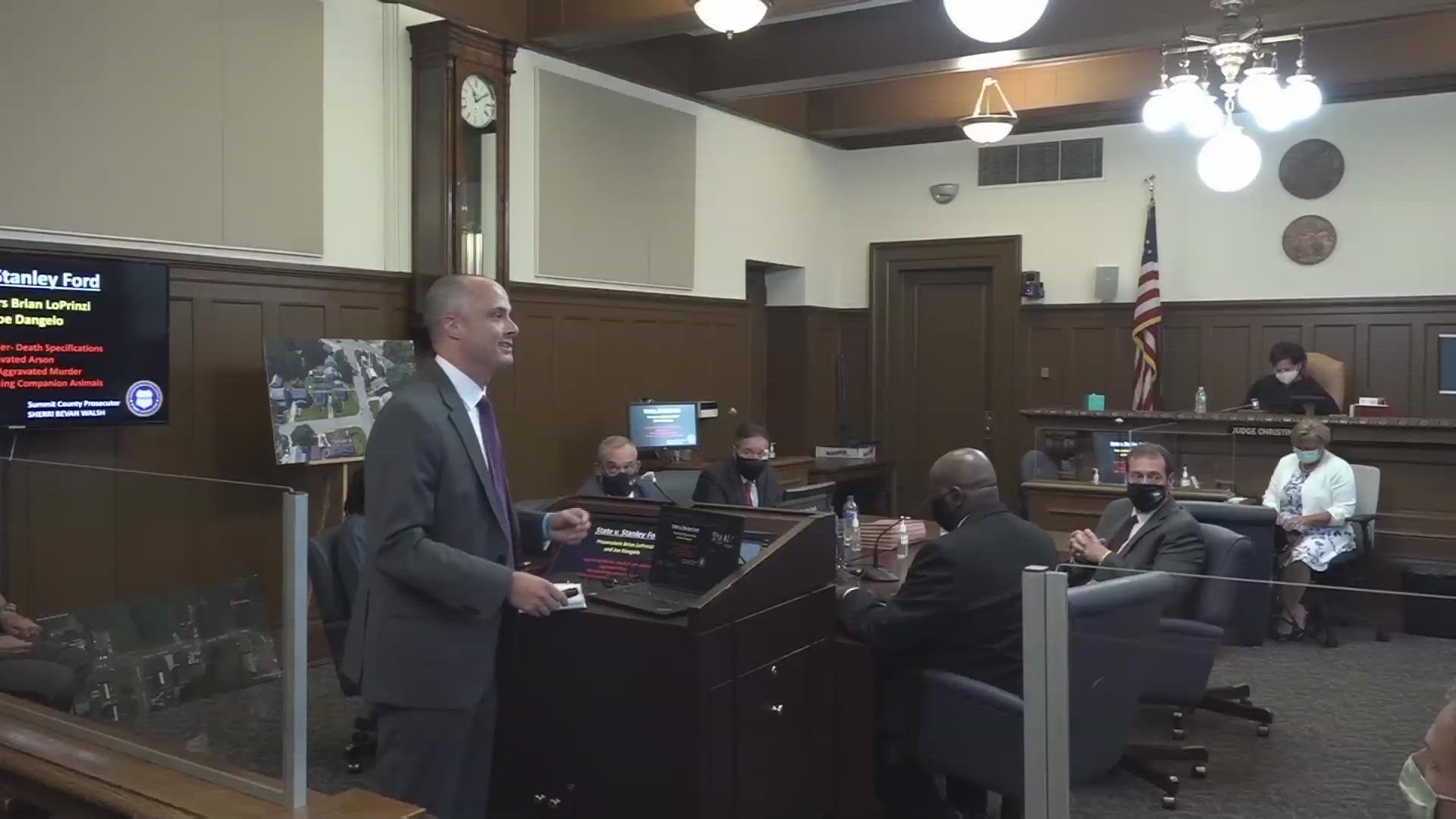 AKRON, Ohio — EDITOR'S NOTE: The video in the player above is from the beginning of the trial.

A verdict has been reached in the trial of Stanley Ford, the Akron man accused of killing nine people in multiple house fires.

Ford is accused of setting two house fires on Fultz Street in Akron. The deadly arsons left nine people dead, including a family of seven in May of 2017: Dennis Huggins, Angela Boggs, and their five children in Cameron, Alivia, Kylle, Daisia and Jered. A sixth child, who was 18, was not home at the time of the fire.

About a year earlier, a previous fire claimed the lives of Lindell Lewis and Gloria Jean Hart. Ford was not arrested until about a week after the second blaze, and he has been in police custody ever since.

Ford's first trial originally began in the late winter of 2020, but the judge declared a mistrial following numerous delays caused by the COVID-19 pandemic. A second trial commenced this past August, with Ford facing multiple counts of aggravated murder.

The jury is sequestered during deliberations. Since this is a capital murder case, should Ford be found guilty the 12 will have to deliberate again to decide whether or not to recommend the death penalty. As is the case with verdicts, a unanimous decision must be reached in order to recommend such a sentence.