Foltz allegedly drank a fifth of bourbon at a 'Big Little' frat event at Bowling Green. Pi Kappa Alpha has a history of hazing, according to report. 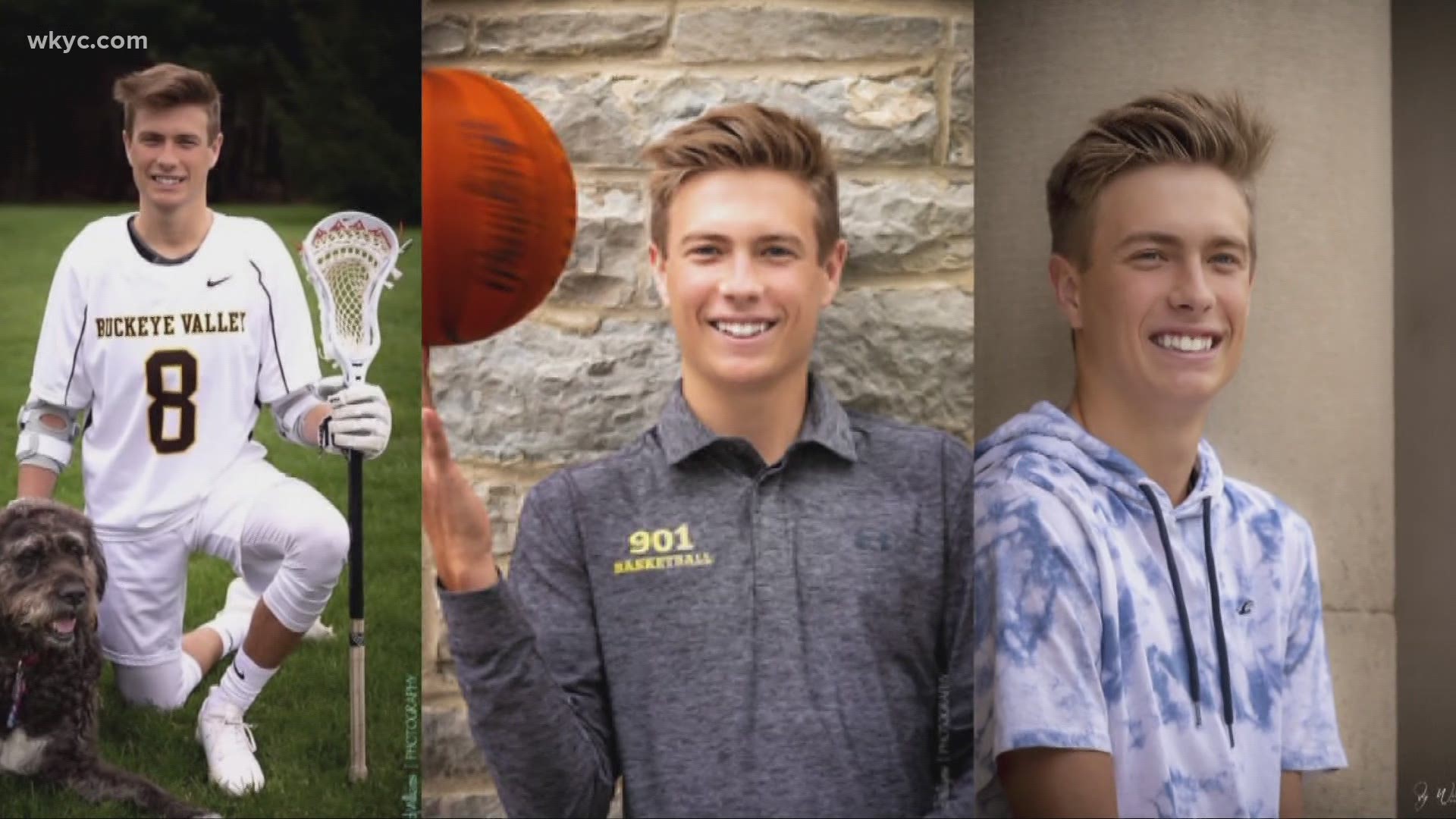 BOWLING GREEN, Ohio — The Ohio Attorney General's Office hired an Indianapolis-based law firm to investigate hazing allegations on behalf of Bowling Green State University after the death of Stone Foltz. On Friday, the results were released.

The seven-page summary outlines the "Big Little" hazing ritual, where Pi Kappa Alpha pledges are introduced to their mentors. Foltz and eight other PIKE pledges were each made to drink a "family bottle" of alcohol – or a “fifth” – apiece.

The report – using eyewitness statements and prior Bowling Green hazing reports – describes in detail how pledges were made to attend the mandatory event at the PIKE "bando" - which is what the fraternity called its house. At the bando, pledges were each given a fifth of alcohol they were required to drink during the event.

According to the report, Foltz drank an entire fifth of Evan Williams bourbon in 20 minutes. He was found unconscious later that March 4 night and taken to the hospital with a blood alcohol level of .35, more than four times the legal limit. He died two days later.

"A level of 0.2 is considered to be a potentially fatal or lethal dose of alcohol for up to 50% of the population," Dr. Ryan Marino, Medical Toxicologist at University Hospitals in Cleveland, told 3News. "This severe of a medical emergency usually is in kind of a hazing situation, unfortunately, because you have to drink so much alcohol in such a short amount of time."

Today's report noted a history of hazing practices by Pi Kappa Alpha that date back to 2017. Pledges were forced to drink alcohol as part of their path to becoming PIKE members. Bowling Green is charging 21 students with multiple Code of Student Conduct violations in Foltz's case, including hazing, endangering another person, and disregarding health and safety.

Lawyers for the Foltz family issued a statement, reading, in part, "While punishment is important, far more work needs to be done by all Universities to prevent these senseless tragedies. Students and their families deserve better."

Six PIKE members (including one from Cleveland) are facing manslaughter charges in Foltz's death, and they have a court appearance scheduled for May 19. Pi Kappa Alpha was permanently banned from BGSU shortly after Foltz died.