Little claims at least 90 slayings across the country. 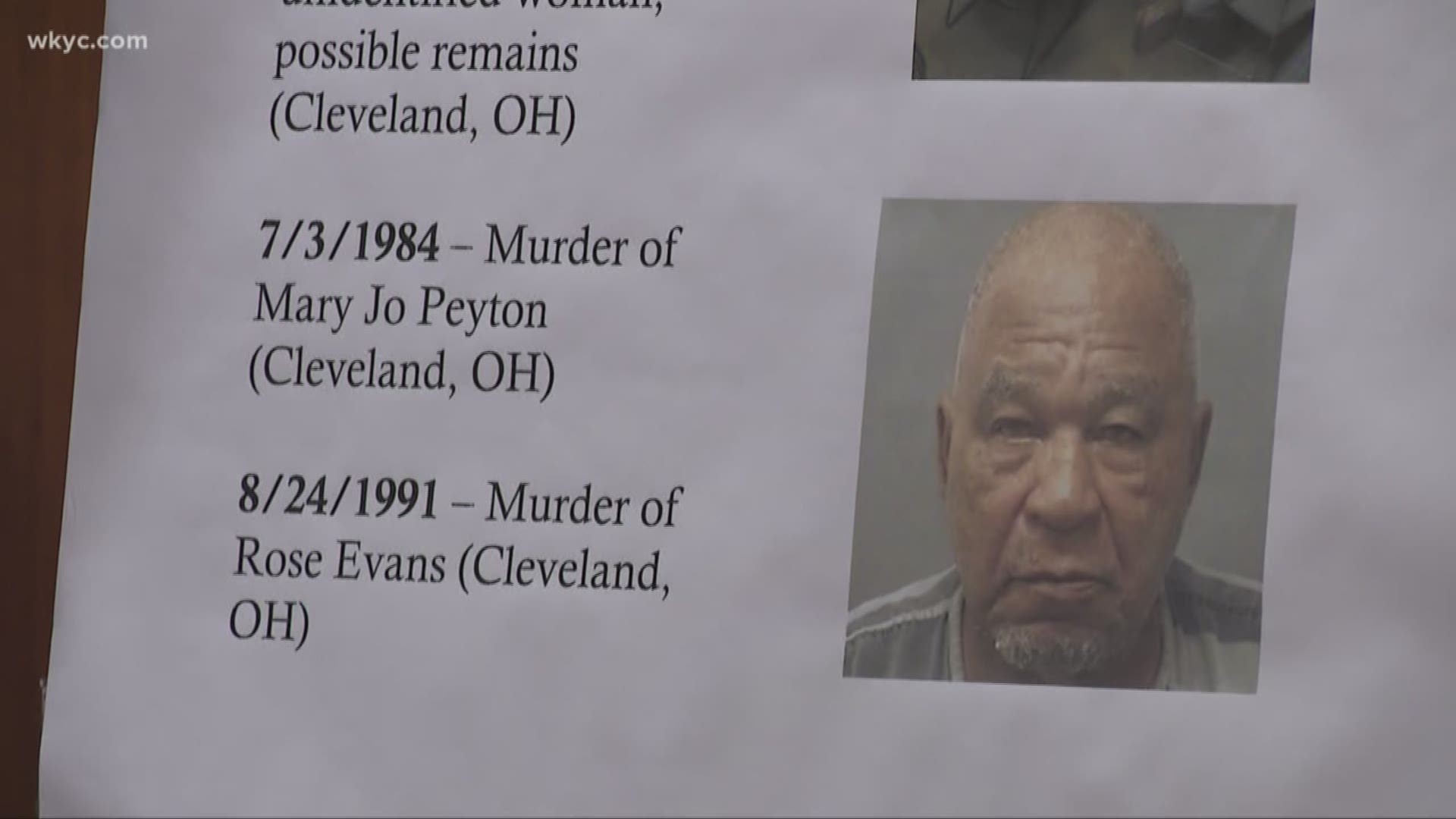 CLEVELAND — Samuel Little, the man who claims to have killed dozens of people, pleaded guilty to two more of those murders Friday afternoon in Cuyahoga County Common Pleas Court.

Little appeared via Skype from California state prison, where he's serving multiple life sentences without the possibility of parole for prior slayings. The 79-year-old pleaded to two counts of aggravated murder in the strangling deaths of two Cleveland women—Mary Jo Peyton and Rose Evans—in 1984 and 1991, respectively.

A court-appointed attorney read a statement from Little, noting he "sincerely apologizes" for the murders and "wishes to provide closure" by cooperating with police. However, Little himself did not speak other that to answer the court's instructions.

Judge John J. Russo immediately sentenced Little to life in prison with the possibility of parole after 40 years, a moot point with his already current status as a prisoner in California. While Russo commended Little for admitting to his crimes and bringing closure to Cuyahoga County, he also chastised him for waiting so long to come forward.

"These are such old cases that they're [isn't any] family we can find or [who] even want to be here," he said, relaying what court officers had told him.

Prosecutors say they could have pursued the death penalty for either of the killings, but elected not to in exchange for a guilty plea. They claim Little also admitted to killing another unidentified woman in the Cleveland area and dumping her body in Willoughby Hills between 1977 and 1979, and intend to charge Little in that case later pending further investigation.

"Samuel Little made a career out of killing vulnerable women," County Prosecutor Michael C. O'Malley said in a statement. "His sinister actions were inflicted upon numerous victims throughout the country. The diligent work of the FBI and our Special Investigations Division helped solved these cases."

Prior to the events in Cleveland, Little also pleaded guilty Friday to two murders in the Cincinnati area. During that plea, Hamilton County Judge Melba Marsh asked the 79-year-old man a series of questions about giving up his rights to trial that Little answered affirmatively: sometimes with "Yes, ma'am."

Marsh then sentenced him to two consecutive terms of 15 years to life.

Little admitted the 1981 murder of 32-year-old Anna Stewart, last seen alive in Cincinnati. Her body was dumped in Grove City, near Columbus. He also confessed to a second Cincinnati murder, of a woman who remains unidentified.

A Texas prosecutor says investigators have linked Little to more than 60 killings in at least 14 states. Little claims at least 90 slayings across the country.