A 74-year-old woman is in stable condition after being shot twice. 3 others were also hospitalized, including a suspect. Police are searching for a motive. 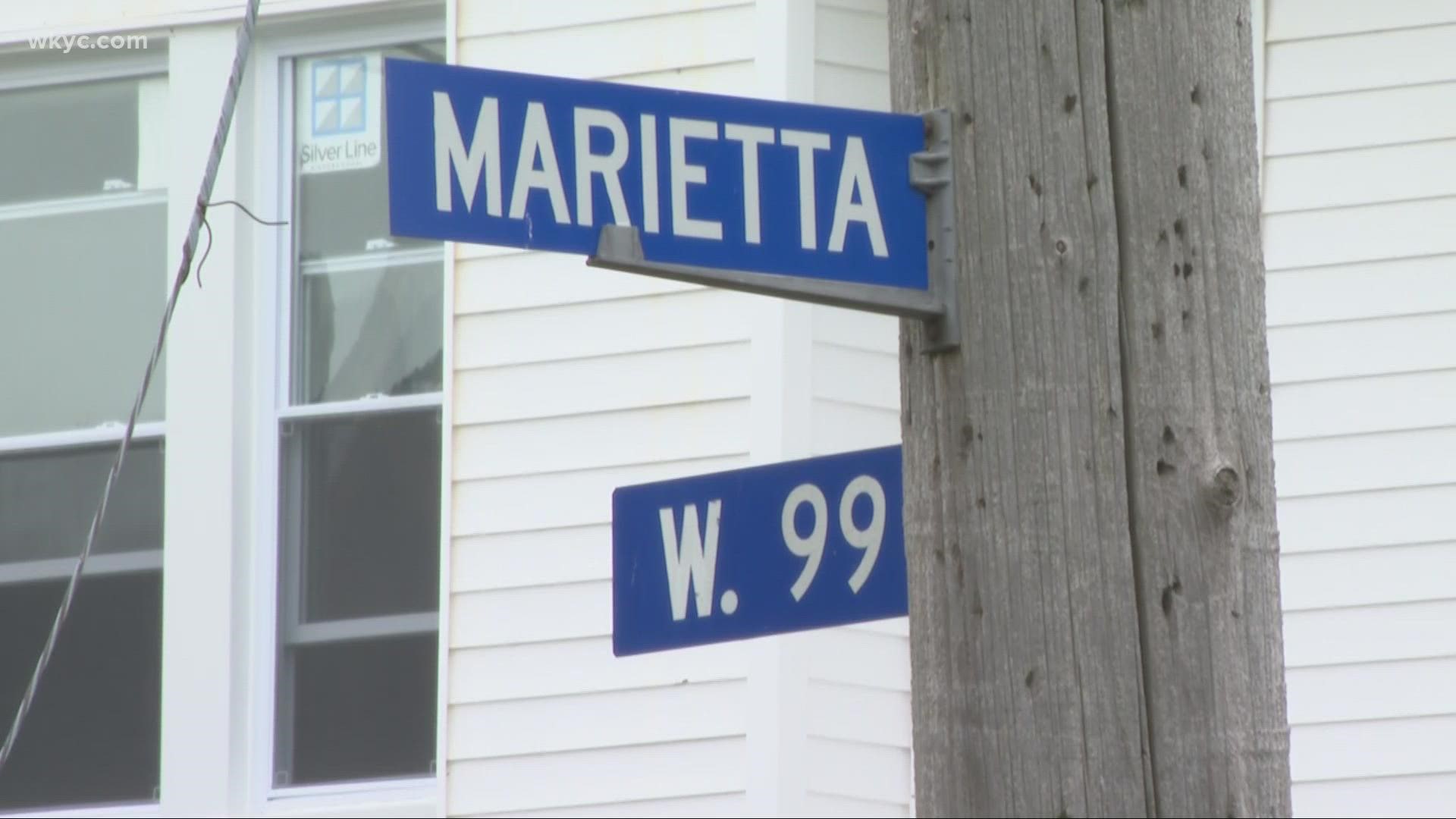 CLEVELAND — The Cleveland Division of Police is still investigating a brazen, broad-daylight shooting that left four people injured, including an elderly woman who was outside gardening at the time of the attack.

The 9800 block of Marietta Ave has seen its fair share of trouble over the years, but nothing like Monday, says longtime resident Elaine Hidvegi.

"It was unreal. The car came by with the guys, and they were shooting back and forth. I ducked down right over here and stayed down," says Hidvegi.

Hidvegi has lived in her house on Marietta Avenue for 36 years. She was walking across the street Monday afternoon to help her best friend Alham pull weeds, when several men in a maroon car sped down the street and started exchanging gunfire with at a group of men playing basketball a few houses down.

"I seen Alham go down, so I ran across the street yelling 'call 911,' because she got shot," says Hidvegi.

74-year-old Alham, along with three others – one, a suspect in the shooting – was taken to the hospital. But it wasn’t over.

"They came back at like 10:30 at night and-- again-- they was shooting. It was so scary. My house got shot. It was bad. I don’t know what we’re gonna do," Hidvegi says. "We can’t move, because you can’t sell these houses, because who wants to come back and live over here when this is going on? They gotta do something. They definitely do."

Police have one suspect in custody as of Tuesday evening.

Hidvegi tells 3News that her best friend Alham was shot twice in the torso - once in the side, once in the stomach - and is in stable condition, with more surgeries to come.

Crime Stoppers is offering up to $5000 for information leading to the identity and prosecution of anyone involved in the case. The number is (216) 253-7463.

The matter remains under investigation by Cleveland police at this time.