Police said the man tried to fix the damage done by the crash when they located his vehicle, saying he threw a container of marijuana as the officer arrived. 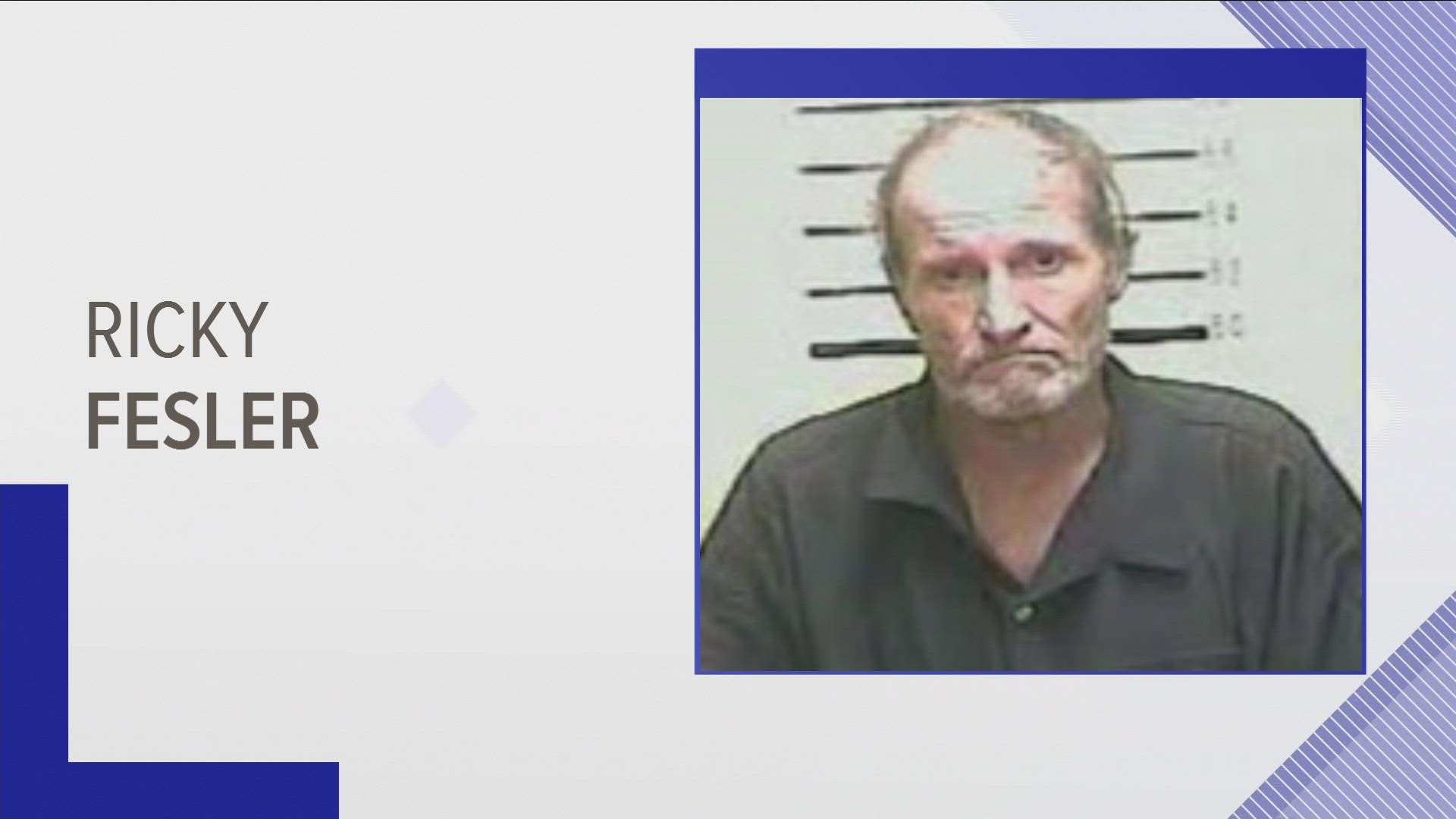 MIDDLESBORO, Ky. — A Middlesboro, Kentucky man is behind bars after police said he hit an elderly woman with his vehicle and drove off.

According to the Middlesboro Police Department, officers responded to pedestrian being hit by a minivan at the intersection of Cumberland Avenue and 30th Street around 8:59 a.m. Monday.

Police and EMS said they found an elderly woman had been hit and was unconscious. The woman was treated at the scene and taken to a Middlesboro hospital, where she was flown to the University of Tennessee Medical Center. Police said she remains in serious condition.

According to police, witnesses said a man hit the woman in his red minivan and looked back as he drove off.

Police sent out a alert for officers to look for the vehicle, which was found around 5 p.m. at a home on Sparks Lane.

Police said the owner, 51-year-old Rickey Fesler, was trying to fix the damage done by the impact when they arrived. The responding officer said Fesler threw at container of marijuana away as he approached.

Police arrested Fesler after a witness positively identified him by a tattoo and photo lineup.

He is being held at the Bell County Detention Center and is charged with first degree assault, two counts of tampering with evidence, possession of marijuana, operating on a suspended license, leaving the scene of an accident without rendering aid, failing to maintain insurance, and possession of drug paraphernalia.