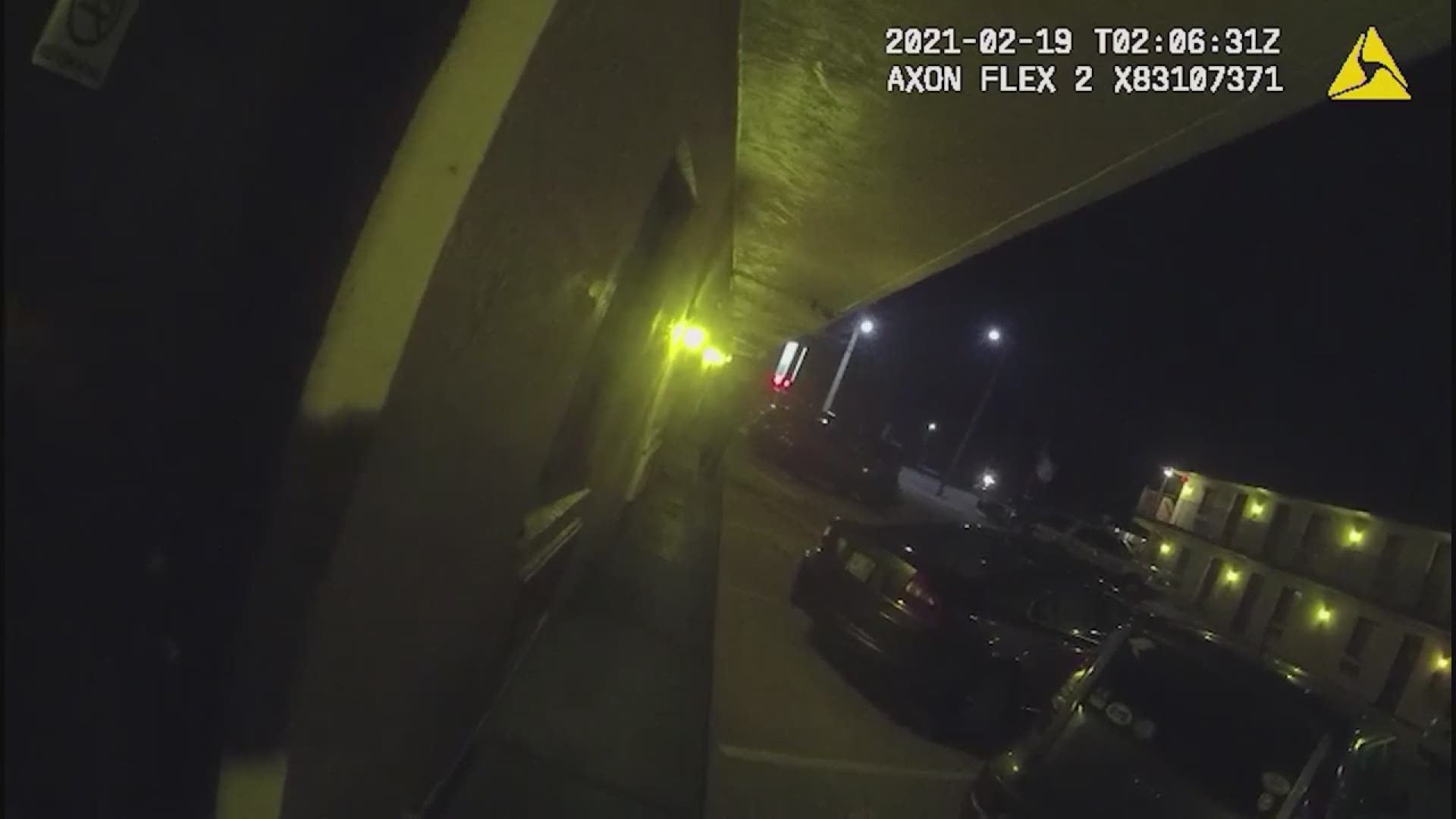 EDGEWATER, Fla. — A missing 13-year-old Oak Hill child has returned home safely after a deputy found her inside a dark motel room with a 22-year-old man.

According to Volusia Sheriff's Office, the child's grandmother reported her missing Thursday evening. The grandmother told Deputy Royce James that the child never came home from school, and did not go to her basketball game either.

The deputy says after speaking with a friend of the girl, he learned the 13-year-old planned on going to a motel to meet with a man she met online. The friend said the man's name started with a "T," and he was from Orlando. She added that the girl may have been picked up at a nearby Dollar General store, according to the deputy.

Deputy James began looking through security video from the Dollar General and found images of the child at the store. He says an employee confirmed someone had picked her up.

The deputy then says he began visiting motels in the area, showing clerks at the front desk a photo of the missing child and looked through that day's check-ins.

At a motel in Edgewater, James says he noticed a guest checked in under the name Tyler Thompson. His address traced him back to Orlando.

Deputies knocked on Thompson's door, and when he finally answered, the sheriff's office says the 13-year-old came running into Deputy James' arms.

Tyler Thompson, 22, was taken into custody and charged with interference with child custody. Edgewater Police Department says it added an extra charge of traveling to meet after using a computer to lure a child.

Deputies say the 13-year-old girl was medically cleared and interviewed before being returned to her home.