Mingming Chen is accused of killing her daughter and hiding the body in her Chinese restaurant. 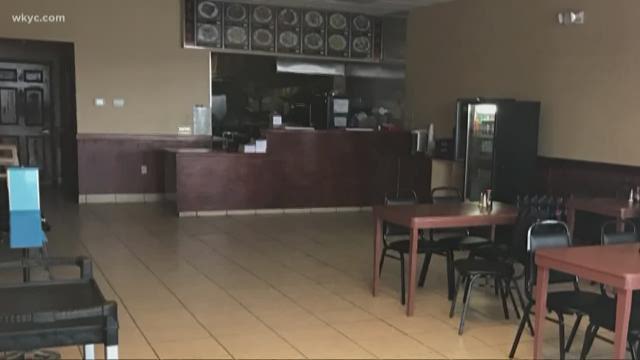 That's the sentence for 29-year-old Mingming Chen, but it doesn't bring her daughter back: 5-year-old Ashley Zao who complete strangers mourned for after police found her body concealed inside her parents restaurant.

It was Ashley Zao who was weighing heavily on the heart of Stark County Judge Chryssa Hartnett on Friday.

Chen originally reported Ashley as missing. Now she will serve 22 years for her death under a negotiated guilty plea agreement.

The sentence could have been 30 years.

"I do believe that my client wanted to be a loving mother to her 2 children. There was a tremendous amount of pressure that was put upon this couple and it led to violence in the home," said Drucker.

"A child should be able to rely upon a parent for their protection, for their safety, for their love. In this case I find it difficult to imagine the horror for your child Ashley. The horror of being beaten by her own mother and I use the word mother with great pain talking to you. It is insulting to mothers who do what they are supposed to do for their children," said Judg

Through a translator, Chen told Judge Hartnett she is "apologetic for what happened especially to my daughter…I will perform very well in jail and I want to be a good person. Thank you.”

Stark County Prosecuting Attorney, John Ferrero, said “This was not an act of premeditated murder nor was it an act in which Ming Ming Chen purposely caused the death of young Ashley Zhao. Therefore, this case never qualified for the death penalty under the laws of the State of Ohio."

Judge Hartnett did not mince words when she told Chen “The only consolation I have is that she is far better off without you as a parent."

Chen is also in this country illegally and was previously in the process of being deported.

Ferrero says he expects Chen to be deported to China after she serves her 22 years.