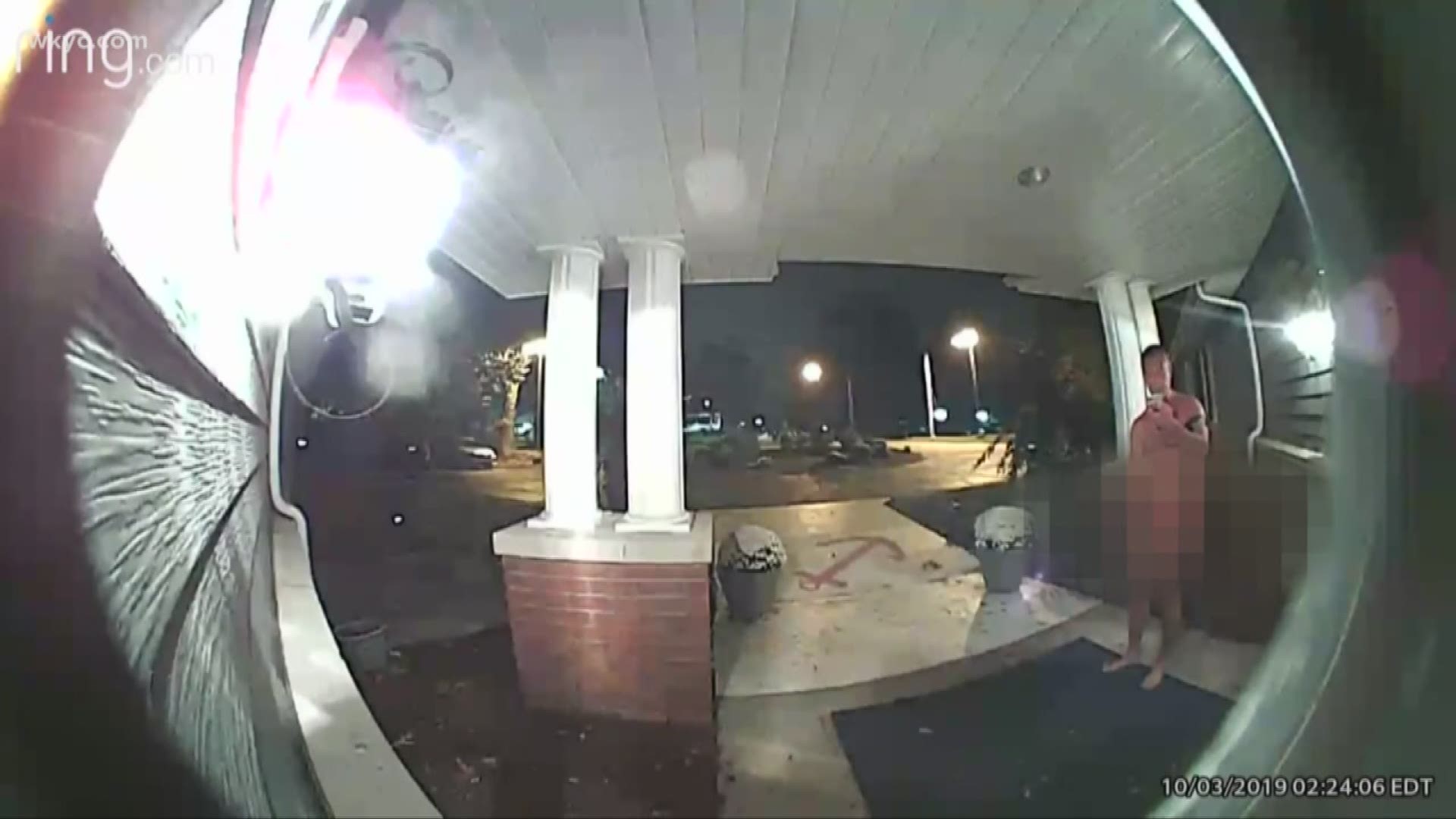 KENT, Ohio — Police are again issuing a warning following yet another sighting of a nearly naked man on a Kent State University sorority house porch.

Authorities released a doorbell video (via Ring.com) that shows the man wearing only a Speedo and with writing (such as "LOSER" and "PERVERT") all over his body. The incident apparently occurred around 2:20 a.m. Thursday at the Delta Gamma house on Fraternity Circle.

During the ordeal, the man can be seen touching his genitals while holding a cell phone (3News has chosen to blur the more suggestive portions of the video above). He appears to be FaceTiming someone, and officials say a woman's voice can be heard asking, "Are you scared?"

This is at least the fourth such incident involving someone matching the exact same description. The first occurred back in August when a fully naked suspect came and rang the Alpha Phi house doorbell, and he later sent messages of himself with the messages written on his body and his face hidden. On Sept. 22, he returned to Alpha Phi (also with the messages written), but that time a Ring.com camera captured his face.

The incident come with students on higher than normal alert, as just this past Tuesday a man was accused of pulling a female student's pants down on campus. Christopher Clark is currently being held on $50,000 bond for that charge, but officials do not believe that incident is related to the sorority houses at this time.

Anyone with information regarding the suspect's identity or whereabouts is asked to immediately call the Kent Police Department at (330) 673-7732. Tips can remain anonymous.