Police say mother left box of materials that will also help in renewed investigation of the death of Kurt Sova. 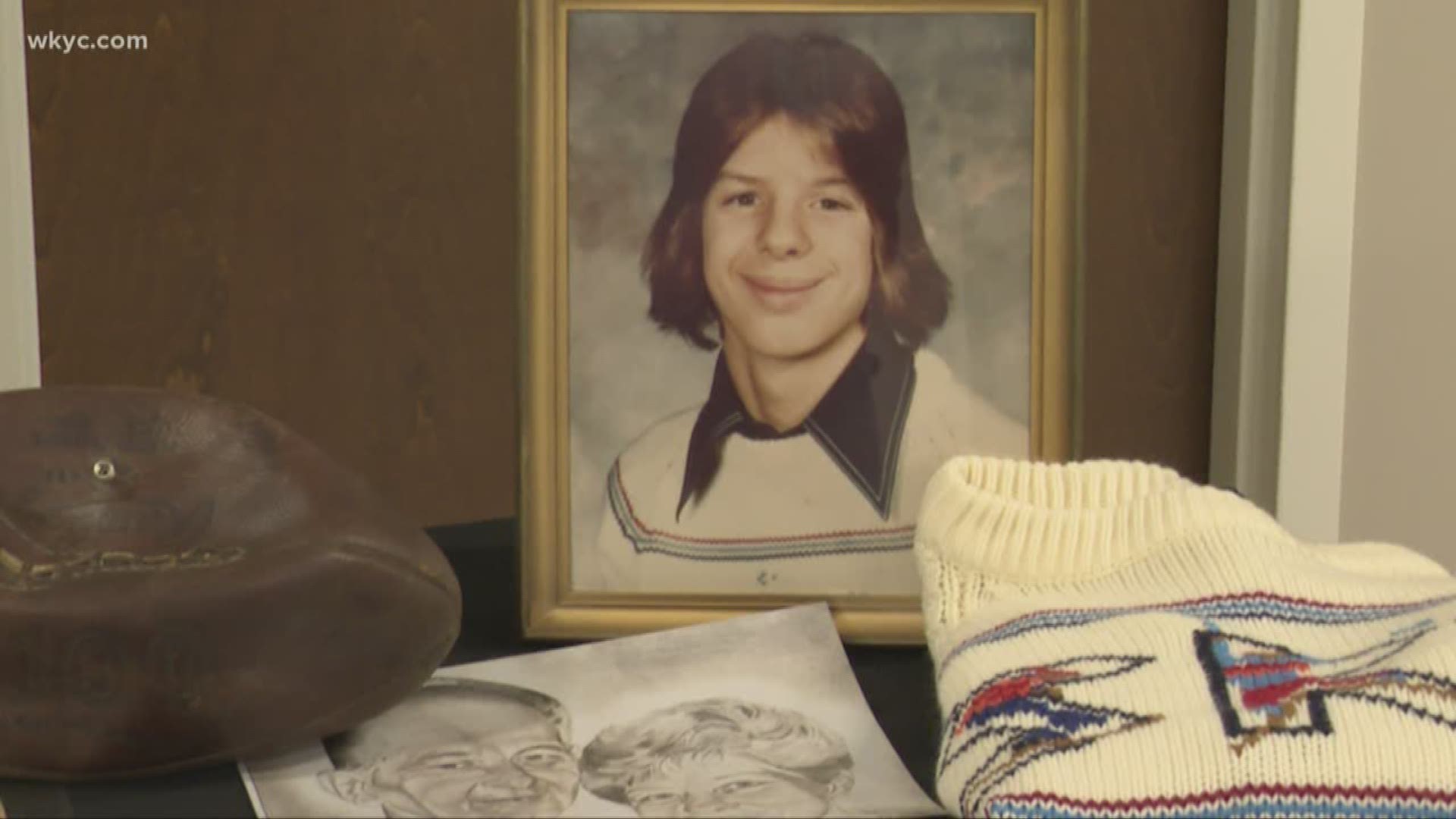 NEWBURGH HEIGHTS, Ohio — It’s a cold case that a mother never gave up on before she died.

Now, the Newburgh Heights Police Department is taking another look at the death of Dorothy Sova’s 17-year-old son Kurt.

And they are using box of case materials she compiled in their renewed investigation.

When Kurt’s mother died several years ago, Kurt's brother, Kevin, the only surviving member of the family, was shocked to find what she left had behind.

"I met with [the chief] and we started to open up boxes that I didn't even know that my mom still followed – pages and pages of information," Kevin Sova said.

Newburgh Heights Police Chief John Majoy said during a news conference Tuesday that he believes the case is worth reexamining. And he's invited a group of college students from Tiffin University, who are studying criminology and forensics, to add a fresh set of eyes to the cold case.

"We took a very, very comprehensive look at this case,” he said. “And we said we think there is some substance here. We think there is information out there in the world worth gathering."

Kurt Sova skipped school on October 23, 1981, went drinking with friends and ended the day at a house party on Harvard Avenue. He left the party that night and wasn't seen again by his family.

Kids found his body five days later in a nearby ravine that his family and friends and police thoroughly searched earlier.

The coroner couldn't say for sure what killed Kurt but said he was only dead for a day or so and that his body was dumped in the ravine.

It's a mystery that made national headlines and generated many leads that proved to be dead ends.

Students from Tiffin, the chief's alma mater, looked at a number of unsolved cases and picked Kurt's case. They and their professor then reached out to the police.

"We dug deep into the facts of the case and we actually came up with some theories,” student Kylie Shreve said at the news conference.

"Is it going to change what happened,” he said. “I don't know. But I'd like to know what happened. Somebody out there knows what happened to my brother Kurt. We are asking that you come forward."