Nurses, aide enter not guilty pleas on charges tied to death of veteran in nursing home 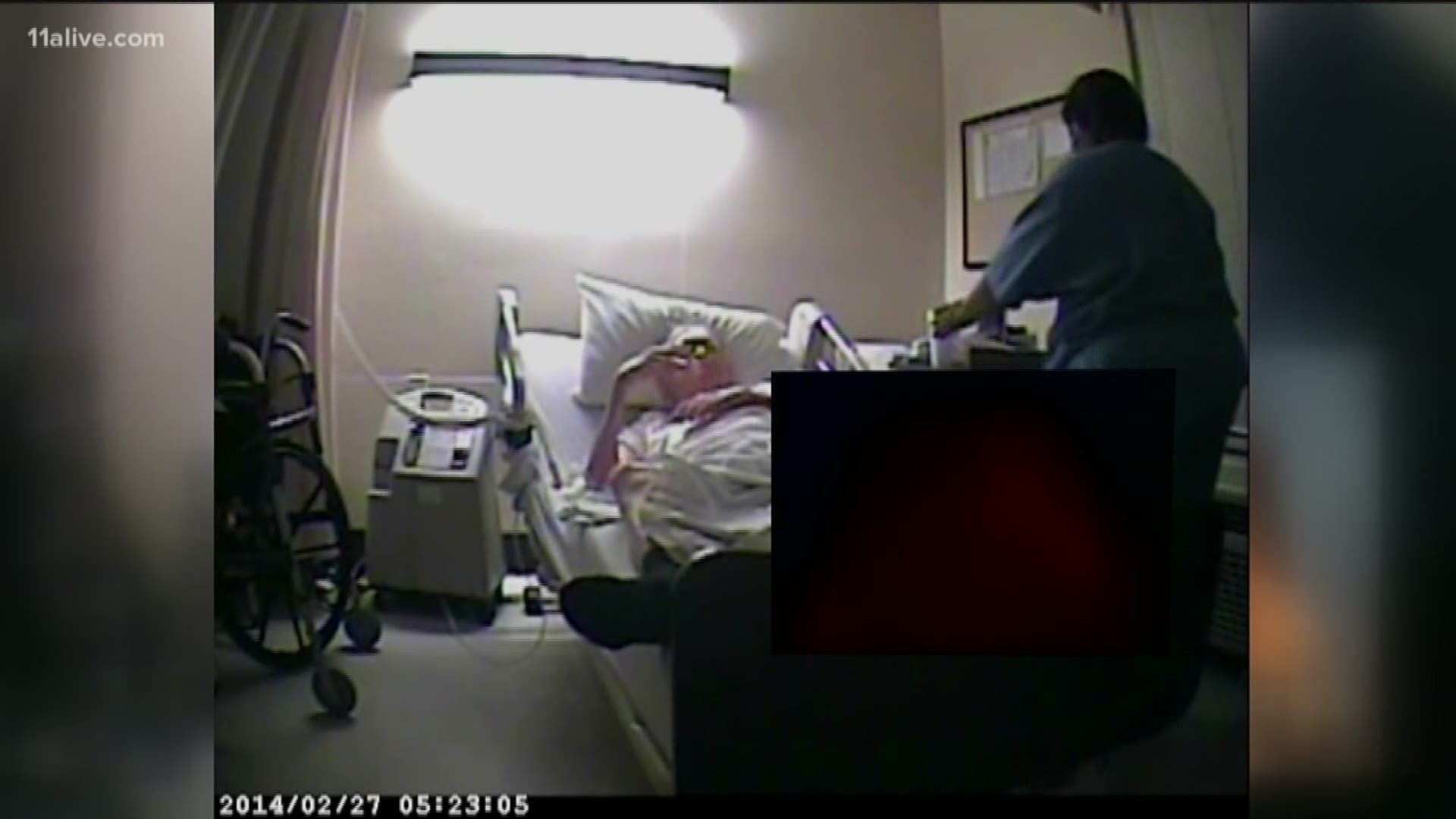 DECATUR, Ga. -- Two nurses and an aide from a nursing home pleaded not guilty in DeKalb Superior Court on Wednesday to charges of felony murder in the case of an elderly World War II veteran who slowly died in front of them.

The 11Alive Investigators obtained both videos in 2017 through public records requests after the family filed a lawsuit in connection with Dempsey's death.

Each of the three women received an additional charge of concealing the death of another.

In the video, Dempsey can be seen calling out for help repeatedly before losing consciousness while he gasped for air. State records showed the staff took nearly an hour from the time the staffers found Dempsey unresponsive for them to call 911 on the morning the incident took place.

► RELATED | 3 nursing staff were seen ignoring the veteran's cries; This is why one was charged with murder

On the video, when staffers had difficulty getting Dempsey's oxygen machine operational when they did respond, Nuckles and others can be heard laughing.

After the indictment of the three staffers, Brookhaven Police Chief Brandon Gurley said the 11Alive News story was key to the reopening of the investigation.

“It was very instrumental…because there was information in the news report that you guys aired that our detectives had not seen yet,” said Gurley.

The three women are expected to enter pleas during Wednesday morning's hearing.

Sign up for The Speed Feed newsletter below to get the latest headlines in your inbox each weekday!