Ohio ranks fourth in human trafficking calls to the National Human Trafficking Hotline. But the increased number may mean more people are reporting. 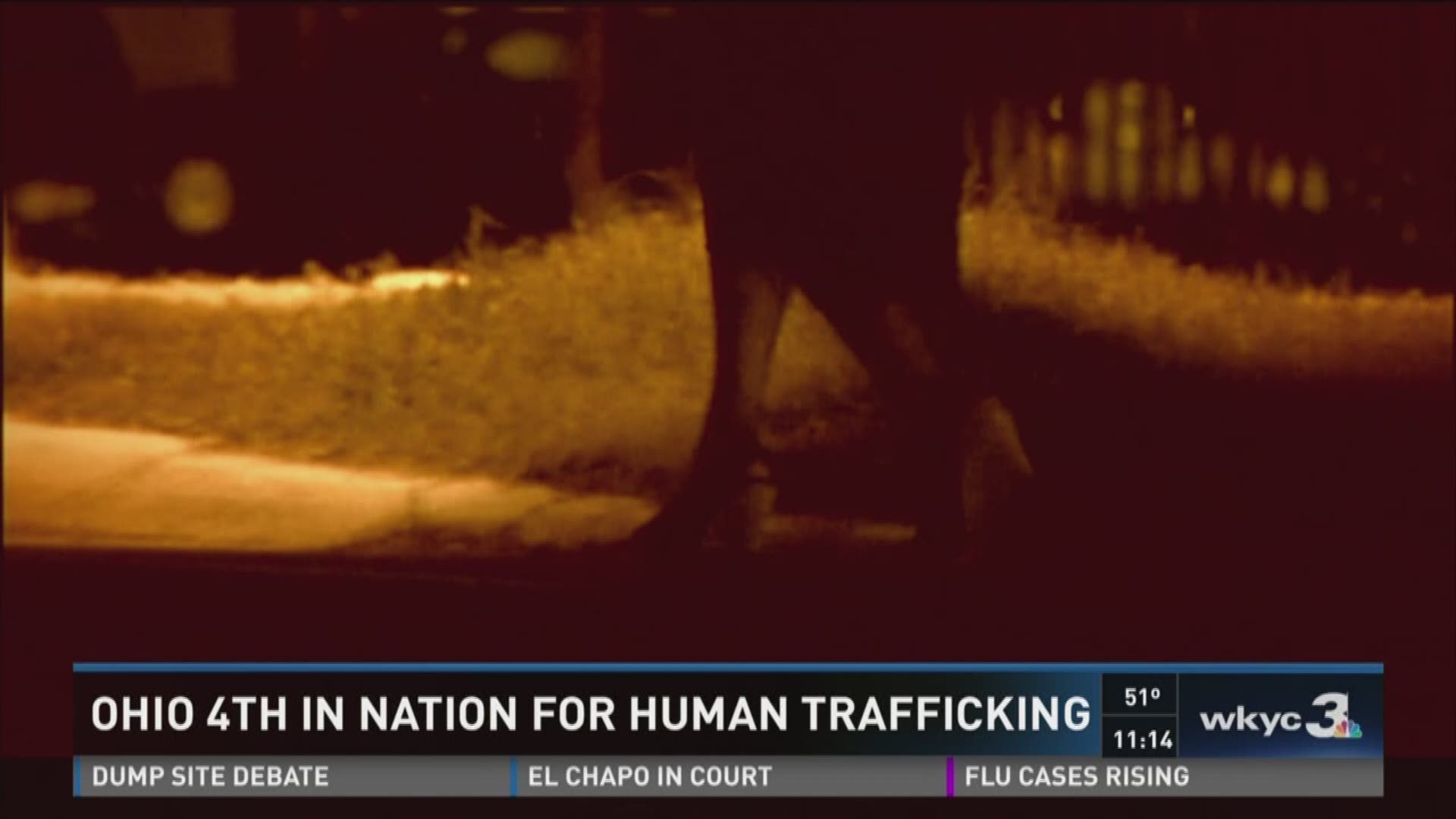 That's according to Governor John Kasich's 2017 tax force report that was recently released.

Experts indicate the increased number of calls may mean more people are reporting trafficking, not necessarily that human trafficking is up.

Sondra Miller, CEO of the Cleveland Rape Crisis Center, has seen a similar trend in Cleveland. Miller reports the center took 250 human trafficking calls in 2016, compared to 120 calls the prior year. The number more than doubled.

“If you’re at the bottom of that list, it’s not a good thing. It means human trafficking is happening in your community and you’re not doing anything about it,” Miller told WKYC’s Hilary Golston.

Janis points to greater cooperation among agencies to help survivors and investigate alleged cases of trafficking as contributing to combating the problems.

“In recent years, local, state and federal partners have worked together to investigate successful, multi-jurisdictional trafficking cases, resulting in the recovery of victims and the prosecution of traffickers,” Janis indicates.

Laws made at the state level have also done their part to make headway. In 2012 and 2014, the Governor and the State Legislature significantly strengthened our laws to protect victims and punish offenders. Safe harbor laws are slowly being implemented. Victims that would previously be treated as criminals --- facing prostitution charges--- can instead get their records expunged, get help and have a second chance at life.

The Anti-trafficking Coordinator also says they're really going into the shadows by reaching people in mental health hospitals, juvenile facilities and prisons.