Suspect in custody after Ohio trooper shot, injured during traffic stop in Findlay

The trooper was taken to the hospital with severe, but non-life-threatening injuries. The suspect is being held on aggravated robbery charges. 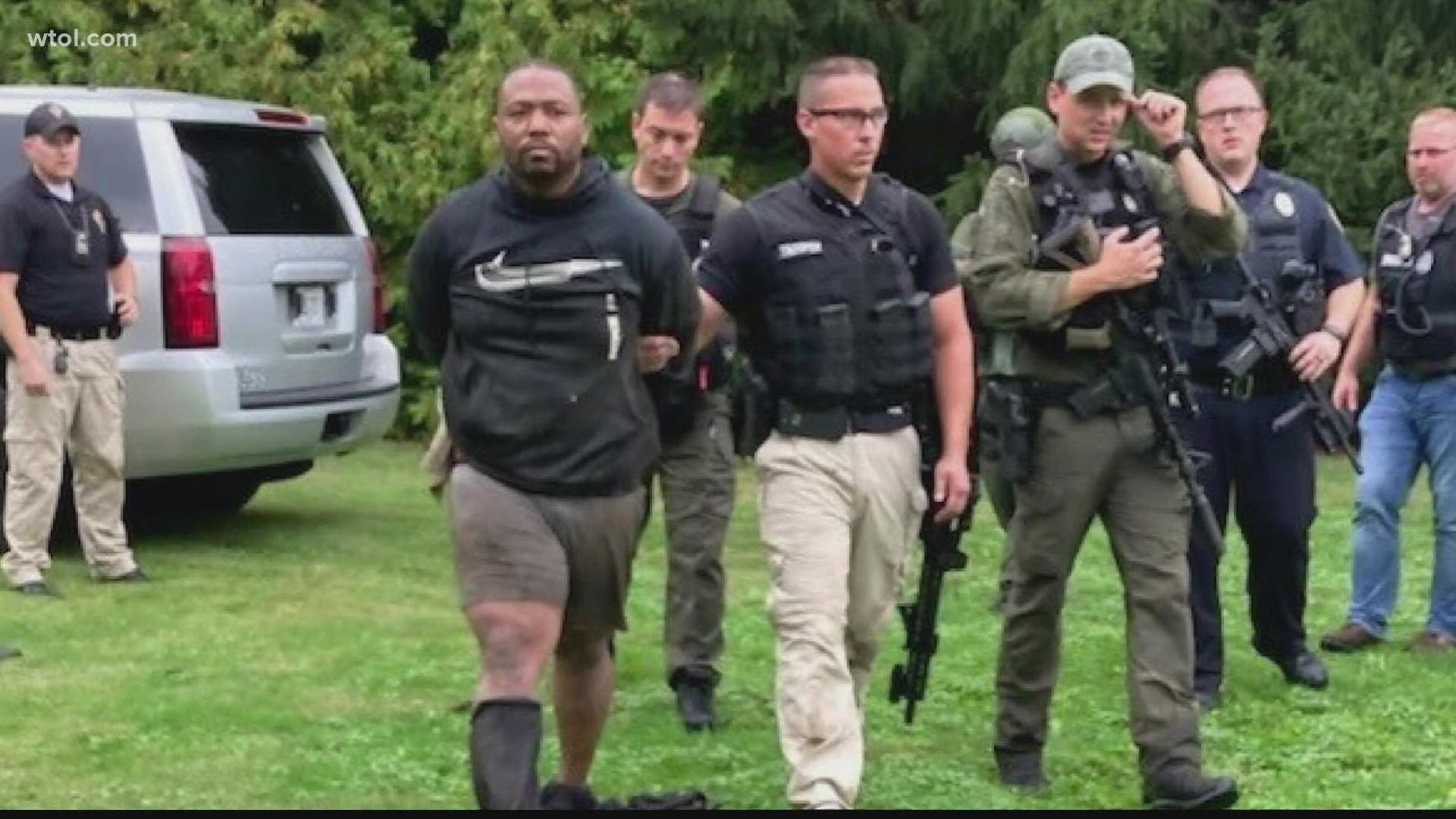 FINDLAY, Ohio — A suspect is in custody after a lengthy search after an Ohio State Highway Patrol trooper was shot Wednesday night on southbound I-75 during a traffic stop.

The trooper has been identified as Josef Brobst, according to the Ohio Attorney General's Office. He is a graduate of Defiance College.

Suspect Robert Tramaine Hathorn was taken into custody around 1 p.m. around a Wal-Mart in Findlay - near US 224 and I-75 - after being identified by a civilian, troopers said Thursday afternoon.

Hathorn fled on foot after the shooting, which involved Brobst being shot by his own service weapon, troopers said.

OSHP says Brobst, who is with the Findlay post, conducted a traffic stop of a black 2016 Chevy Suburban with Michigan registration for a speed violation around 11:05 p.m. near milepost 160 in Hancock County.

During the traffic stop, a struggle ensued between Brobst and Hathorn, who was driving the Chevy Suburban.

Brobst was taken to Blanchard Valley Hospital with serious, but non-life-threatening injuries. Police say he was shot in his lower extremities.

Police say Brobst's service weapon is in possession of OSHP.

Around 4:20 a.m., Hathorn's vehicle was recovered from behind a business on County Road 140 near Township Road 89.

"From the immediate response of an injured officer to quickly establishing a perimeter and working together to canvass the region, we were able to ensure that those within the impacted area were alerted and focus our resources to capture the suspect without incident," said Findlay mayor Christina Muryn.

Josef Brobst has been identified by @OhioAG office as the trooper who was shot overnight. He is at Blanchard Valley Hospital in Findlay suffering from non-life treating injuries.

Hathorn is being held in the Hancock County Jail on charges of aggravated robbery.

Records show Hathorn served four years for assault or resisting a police officer and assaulting or obstructing a public officer in Muskegon County.  Hathorn's other offenses include bribing or intimidation of a witness in Washtenaw County, Michigan, various drug-related offenses, felonious assault and failing to register as a sex offender.

Marcia & I are sending our prayers to Trooper Josef Brobst for a speedy recovery. Thankfully, his injuries sustained on duty are not life threatening. Thank you to Trooper Brobst & all of our law enforcement officers who risk their lives to keep us safe. https://t.co/nkIl4Au4GN

I’m so grateful for Ohio’s brave law enforcement community - they put themselves in harm’s way in order to keep us safe. We owe them our gratitude, and our thoughts are w/ the @CityofSidneyOH officer & @OSHP trooper shot in the line of duty overnight.

The mayor commented on the Findlay community's cooperation lending a hand to law enforcement's ability to apprehend the suspect without further incident.

“The largest impact today was to the schools. Out of an abundance of caution, schools closed and a few businesses within the area of the law enforcement perimeter worked under a 'lockdown' structure," explained Muryn. "The community was on high alert but went about their day and allowed law enforcement to effectively carry out their job.” 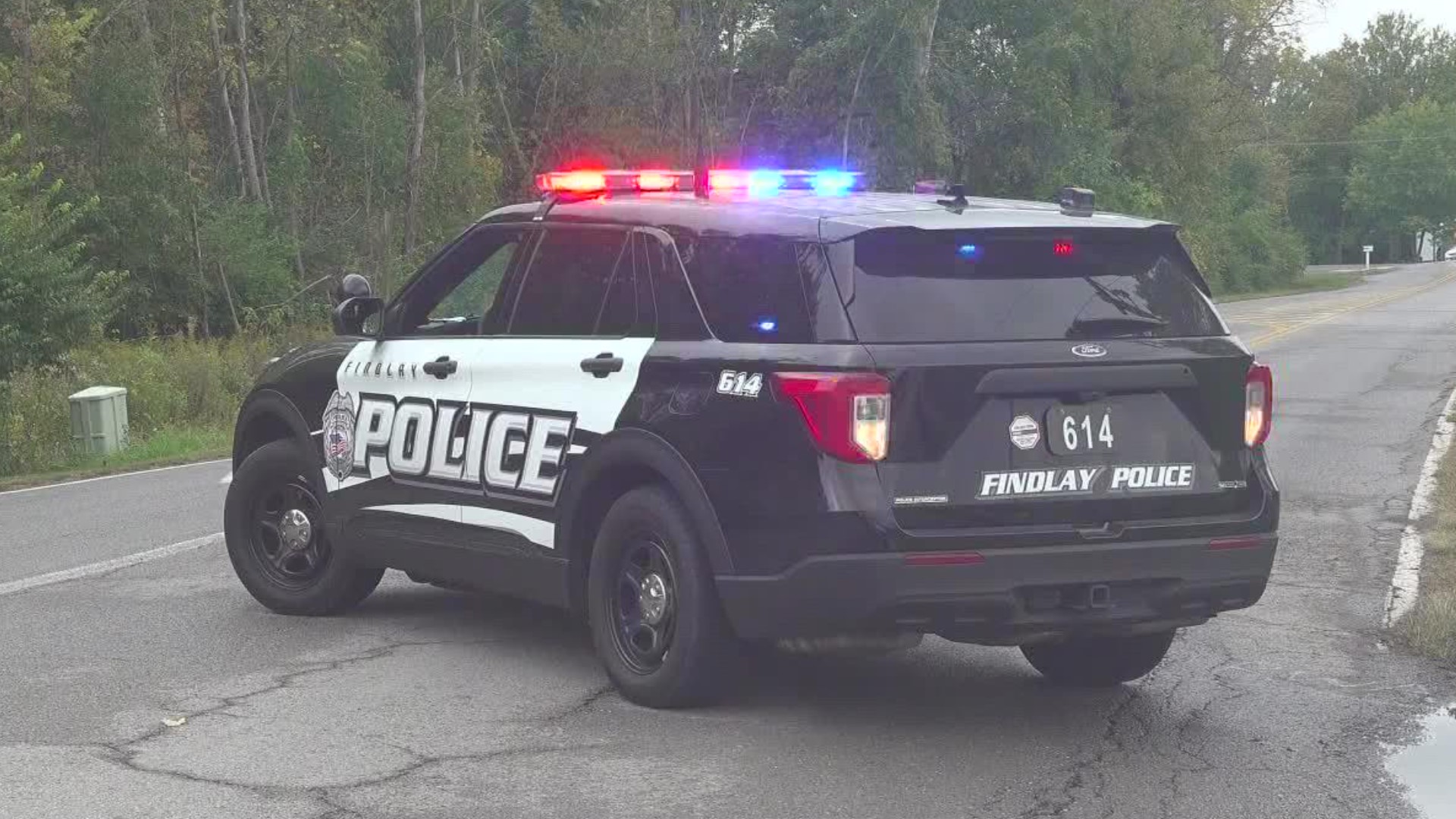