Matthew J. Ponomarenko has been charged with aggravated murder in the case. 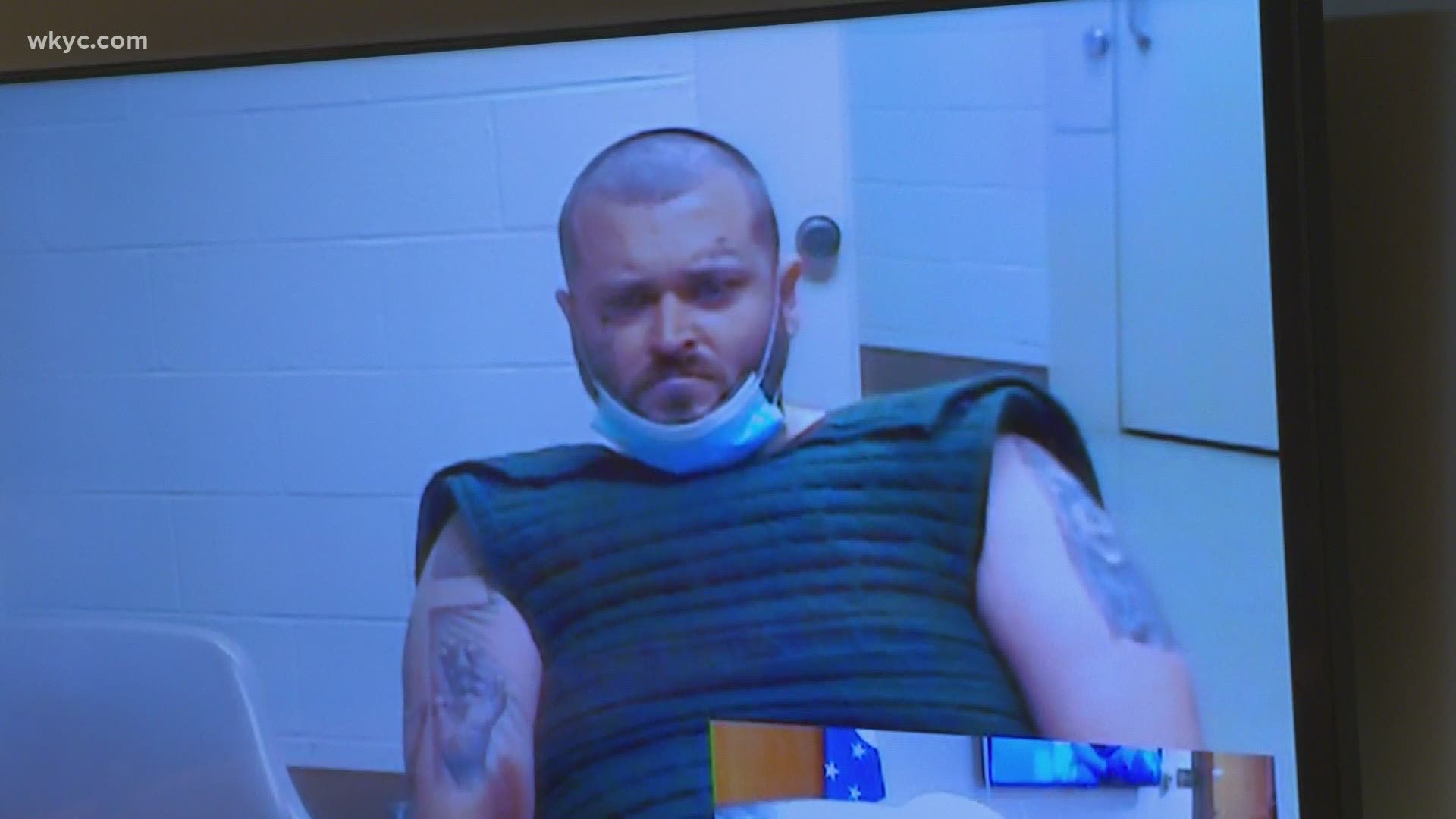 PARMA, Ohio — The 31-year-old man accused in the death of his 5-year-old son made his first court appearance in the case Monday morning.

Matthew J. Ponomarenko, who has been charged with one count of aggravated murder, appeared in Parma Municipal Court via video wearing a protective suit as Judge Ken Spanagel handled the proceedings.

Judge Spanagel, who continued the no bail order for Ponomarenko, announced the case was being bound over to a grand jury with the next court hearing set for Friday, April 2 at 9:45 a.m.

The incident happened last week on March 25 in the 4700 block of Russell Avenue in Parma. Police released 911 audio Friday in which the suspect, who is the child’s father, tells authorities he killed his son, Jax J. Ponomarenko, and was hearing voices. 3News has decided not to post the 911 audio due to its graphic nature.

We streamed all of Monday's court hearing, which you can watch in the player below. NOTE: The court hearing was slightly delayed, so you can jump ahead to the 48-minute mark to see the full hearing.

RELATED: 5-year-old boy killed in Parma; man who identifies himself as his father in 911 call charged with aggravated murder

Jax's family is holding a vigil in his memory Monday evening at Veteran's Memorial Park in Parma between 5-7 p.m.

"There’s just no words for it," Donald White, who lives near the home, told 3News last week. "It’s just heartbreaking."

Neighbors also came together to set up a makeshift memorial in front of the home in memory of Jax.

Friends and family are currently raising money to help pay for "unexpected expenses." The GoFundMe can be found here.

3News was live at the scene shortly after the news first broke last Thursday afternoon:

Records show a prior criminal history dating back to 2011, with previous convictions for child endangerment, disorderly conduct while intoxicated and resisting arrest.